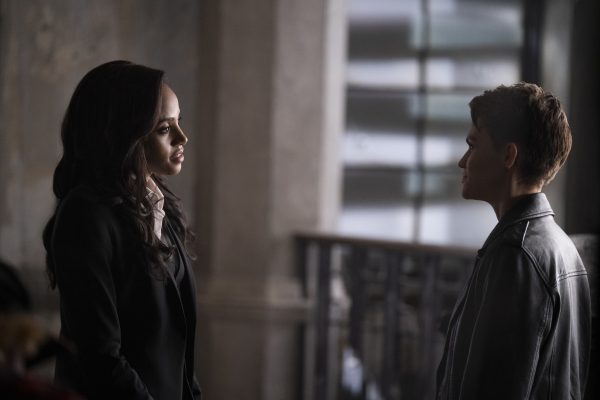 Tonight’s episode is focused on the relationship, or the fragments of what’s left between Kate and Sophie. On paper, this is an important storyline as it shows where both women are in their lives, as both professional and personal interests play into them. They seem to be in love, to a degree, but their ideologies took them down different paths. As I believe I’ve stated a few times, this relationship isn’t working for me on the show. I do not feel the chemistry between these two actors, at all. The marriage of Sophie and Tyler is an even bigger joke: it’s never gotten any time to develop and despite them both being in the same workplace, Tyler disappeared for like 4 or 5 episodes until tonight. I am married, so I’m at least a minor expert and that one doesn’t work at all.

In fact, the one relationship I can get behind is Kate and Mary. They are from different worlds, strained as sisters but there’s a love there that feels lived in and natural. I also have a brother by marriage and despite your differences, you fully are siblings even if you’re completely different and I see and hear that bond between these two characters. With Kate and Luke, it feels like his function on the show is completely that of a computer- gives her info, and even meta like, jokes about how he puts a lot of work into “their work” while she ignores him and quips occasionally. There should be more to that character and there just isn’t. Jacob is another story: one of the most absurd notions is him even thinking of taking his wife back after what he found she did to him. There are so many intersecting plotlines that serve the overall narrative very little and are of little interest to the viewer they need to do an overhaul of what’s happening. 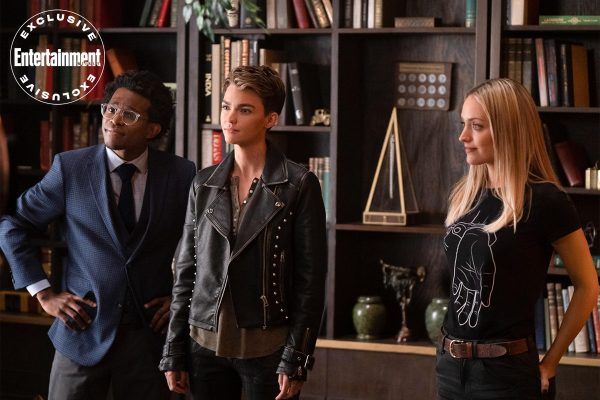 Sorry if this is rambling but I’ve grown increasingly frustrated with the show. Alice’s plots have gone from warp speed to almost non existent. If episode 8 is Alice’s swan song, it’s with mixed results. I’ve enjoyed the performance but how we got here and the back and forth of her character have worn thin. Batwoman’s villains of the week are among the worst The CW has ever dreamed up. The only thing I’m digging (besides Mary) have been the guest stars- tonight’s Julia Pennyworth (Alfred’s daughter) was a delight and the main concept of the show that shouldn’t need to be pointed out but I will is the fact that Kate is gay and is proud of it. Naming her realty company “Gotham Pride” then telling Mary the reason she bought the dump she settled on tells you more about Kate, the character, not just her sexuality but her motivations and attitude than any of the rote dialogues she’s giving to Bruce Wayne in a journal.

Rating: 5/10- The worst episode of the short life of this show focused on a relationship that bores me enough already – I’m ready for Crisis!