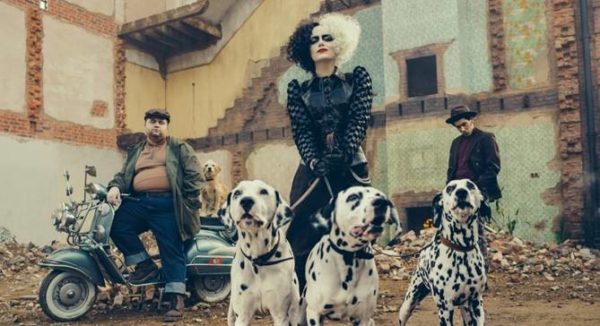 As filming on Disney’s live-action 101 Dalmatians prequel Cruella continues in London, The Daily Mail has shared some new set photos featuring Oscar-winner Emma Stone (La La Land) as the iconic Disney villain Cruella de Vil, who is sporting a very different look to the punk-infused official image above from August’s D23 Expo. Check them out via Twitter below…

Cruella is being directed by I, Tonya helmer Craig Gillespie, and is set for release by Disney on May 28th 2021. Featuring in the cast alongside Emma Stone are Emma Thompson (Sense and Sensibility), Paul Walter Hauser (I, Tonya), Joel Fry (Game of Thrones), Emily Beecham (Into the Badlands), and Kirby Howell-Baptiste (Killing Eve).