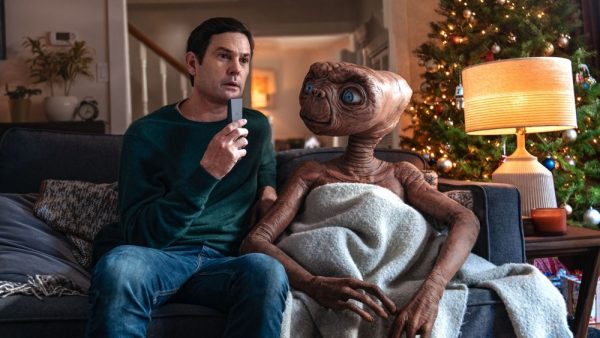 Comcast, the parent company of Universal Pictures, has delivered a special holiday reunion as part of its Xfinity and Sky marketing campaign with a four-and-a-half minute longform commercial which sees the iconic E.T. returning to Earth to reconnect with a now-adult Elliott, played once again by Henry Thomas, and spending some quality time with his family over the holiday period.

The ad was produced with the blessing of original E.T. director Steven Spielberg, who is said to have appreciated its theme of reconnecting for the holidays. You can watch the full version of the commercial here…

“The audience is going to get everything they want out of a sequel without the messy bits that could destroy the beauty of the original and the special place it has in people’s minds and hearts,” said Thomas, star of the 1982 classic E.T. the Extra-Terrestrial.

“Our goal is to show how Xfinity and Sky technology connects family, friends and loved ones, which is so important during the holidays,” added Peter Intermaggio, senior vice president for marketing communications at Comcast. “The classic friendship between E.T. and Elliott resonates around the world, and their story became a very meaningful way to bring our company’s consumer technology to life.”