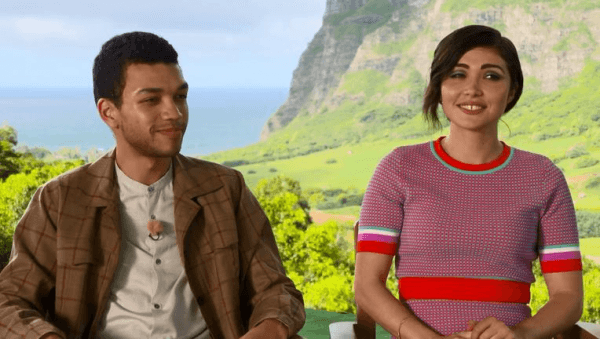 Director Colin Trevorrow continues to assemble his cast for Jurassic World 3, with Collider reporting that Justice Smith and Daniella Pineda are set to reprise their Jurassic World: Fallen Kingdom roles of Franklin Webb and Zia Rodriguez for the sixth instalment in the Jurassic Park franchise.

The as-yet-untitled Jurassic World 3 will see Smith and Pineda reuniting with their Fallen Kingdom co-stars Chris Pratt and Bryce Dallas Howard, who are back for a third outing as Owen Grady and Claire Dearing, while original Jurassic Park actors Sam Neill, Laura Dern and Jeff Goldblum are also returning as Alan Grant, Ellie Sattler and Ian Malcolm respectively.

Specific plot details for Jurassic World 3 are being kept under wraps, but the film will pick up after the events of Fallen Kingdom, where dinosaurs now roam freely around the United States and beyond after being released from captivity at the Lockwood Estate.

Jurassic World helmer Colin Trevorrow is back in the director’s chair after handing over the reins to J.A. Bayona for Fallen Kingdom, and filming is set to take place at Pinewood Studios beginning in February ahead of a release in June 2021.