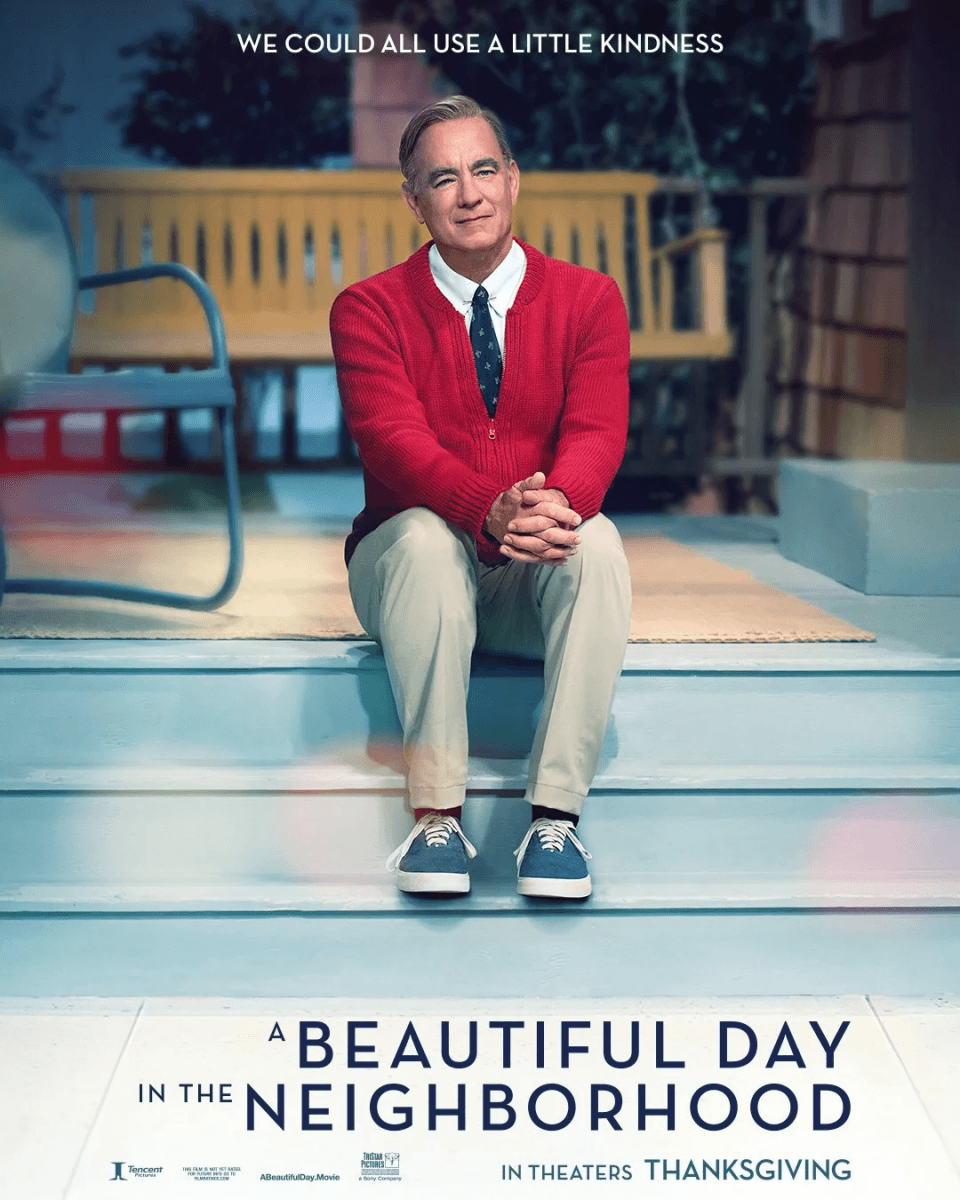 Based on the true story of a real-life friendship between Fred Rogers and journalist Tom Junod. A Beautiful Day in the Neighborhood is the kind of film we all need right now. Simple and sincere, it doesn’t try to be anything other than what it is: A touching homage to a folk hero of American kids’ TV, seen through the eyes of someone whose cynicism couldn’t remove him further from that world.

The opening segment of the film, which fastidiously recreates the beginning of Fred Rogers’, a.k.a. Mister Rogers (Tom Hanks), TV show, will be slightly lost on British audiences, to whom the sweetheart of kids’ television is not a familiar figure. But the framework is there, so we can understand – and it’s a nice, gentle introduction to the style of his show. The old-fashioned and comforting qualities of Mister Rogers’ Neighborhood are clear, as well as its host’s trademark relaxed pace.

Tom Hanks is charming as Fred Rogers, always calm, easy-going and never wrong-footed by any challenges journalist Lloyd Vogel (Matthew Rhys, TV’s The Americans) throws his way. There’s no edge to his character, no dark issues to unpack, or any whiff of scandal to anticipate (which again, if you don’t know the figure, it’s easy to feel slightly uneasy over in the film’s first 30 minutes or so). He’s the perfect counterpoint to the tormented, pent-up Lloyd, who is less than impressed to move away from his usual withering journalistic take-downs into writing a “puff piece” on someone so universally admired. As his wife Andrea (Susan Kelechi Watson) implores, “Lloyd, please don’t ruin my childhood.” A Beautiful Day in the Neighborhood is a slightly melancholy but touching true (well, based on truth) tale, far more about Mister Rogers’ effect on someone else’s life than about Mister Rogers himself. The excellent Matthew Rhys is given lots to do as, essentially, the film’s main character. He judges his part well, never becoming alienating in his negativity but remaining sympathetic – and pretty funny. His character’s anger could see him descend into Ben Stiller-esque levels of shouting and extremity, but Rhys keeps him firmly anchored in reality. People will talk a lot about Tom Hanks’ performance, but Matthew Rhys deserves equal praise.

Importantly, despite Lloyd desperately needing to be “fixed”, A Beautiful Day in the Neighborhood never becomes too cloying, nor gives into corniness. The screenplay is sincere, but also has fun contrasting the opposing outlooks on life held by Lloyd and Mister Rogers. 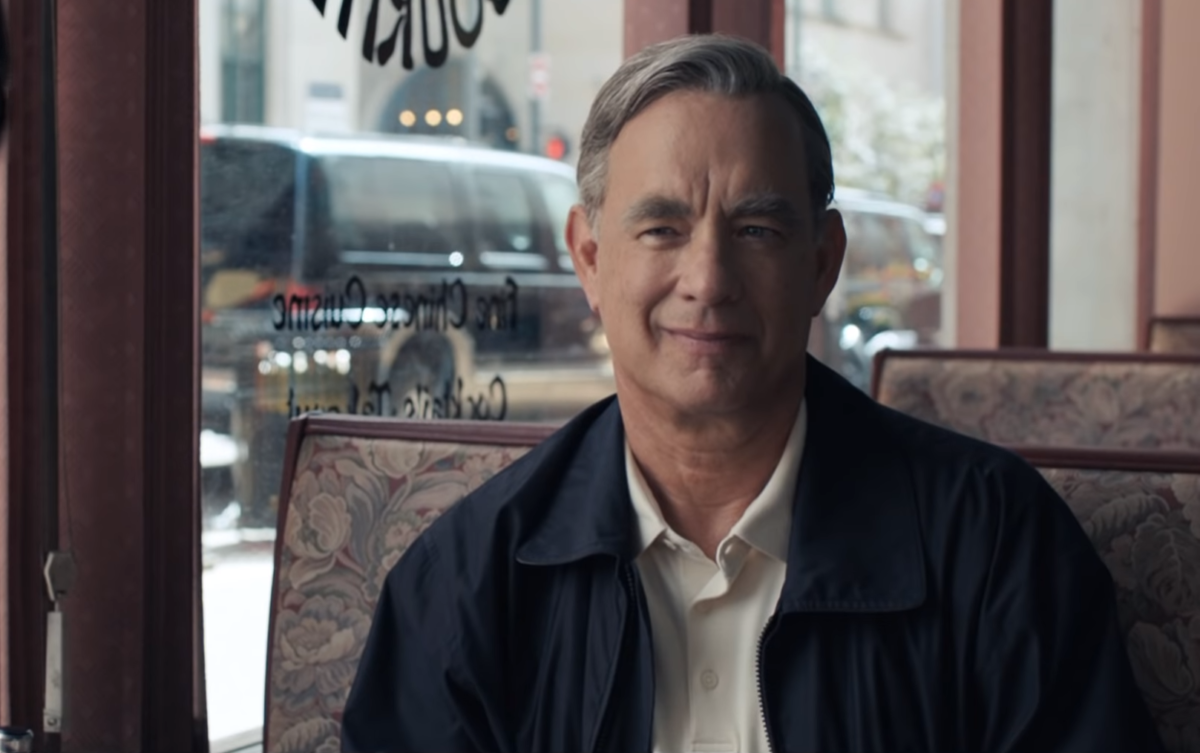 Nate Heller’s music is lovely, appropriately evocative of Mister Rogers’ show and a nice through-line in the movie. A Beautiful Day in the Neighborhood feels very ‘90s and nostalgic, but not in a bad way. Some of that is down to its setting and fashions, but it’s also in the structure and style of film. Have we lost the ability since then to make a film that’s unabashedly positive and isn’t accompanied by a more depressing subtext – or context, for that matter? A Beautiful Day in the Neighborhood shows that it’s just fine to be simple, and avoid complexity for its own sake. It’s refreshing to watch a film focused on someone so genuine, without agenda. Sure, it’s sentimental, but what’s wrong with that? It’s undoubtedly the perfect Thanksgiving movie for Americans, and – for Brits in particular – it cracks the hard shell of cynicism that’s so popular right now. And that’s no bad thing.