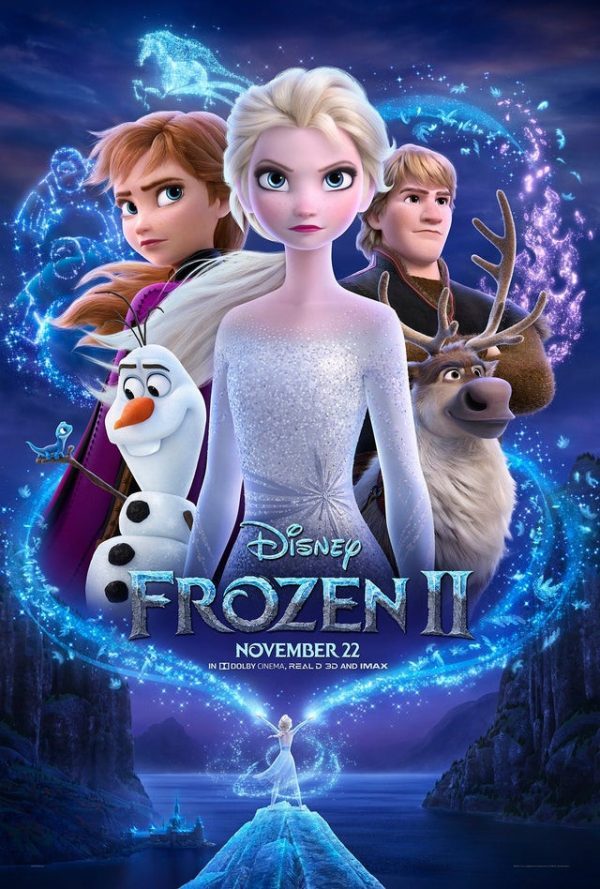 When Elsa hears a strange calling, she knows she must answer. Along with Anna, Kristoff, Olaf, and Sven, Elsa ventures deep into the enchanted forest – a place long hidden from the citizens of Arendelle. The forest holds the key to unlocking the past and saving Arendelle from the mysterious forces which threaten it. 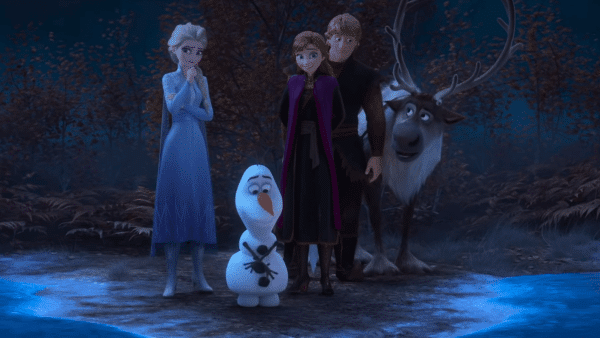 Frozen 2 is the perfect sequel. This gripping adventure incorporates all of the elements that made the original Frozen such a pop culture phenomenon whilst creating its own unique tone and character. Claiming to have matured with its audience, Frozen 2 does just that as it grapples themes of sacrifice, belonging, and morality in a story that has equal measures of fun, poignancy, and mystery – making Frozen 2 fit for the entire family. Complete with stunning animation and a hauntingly beautiful soundtrack, Frozen 2 achieves exactly what it set out to do.

Maturing with its audience was a much-needed and successful move for Frozen 2. Aesthetically, the film had to stand out from its predecessor and the darker tones certainly achieved that, but beyond this Frozen 2 ensured that it could keep audiences engaged a second time around. With maturity comes the ability to take risks and Frozen 2 isn’t afraid to put fan-favourite characters in peril. This isn’t your typical Disney fairy-tale and when you show your audience that nothing is out of the realm of possibility, you immediately remove that safety net from the viewing experience. That’s not to say Frozen 2 is without humour because how could it be when Josh Gad is back for another delightful turn as everybody’s favourite snowman, Olaf? Instead, Frozen 2 satirises its own maturity through Olaf who acts as the perfect vessel of familiarity amidst the change and progression. 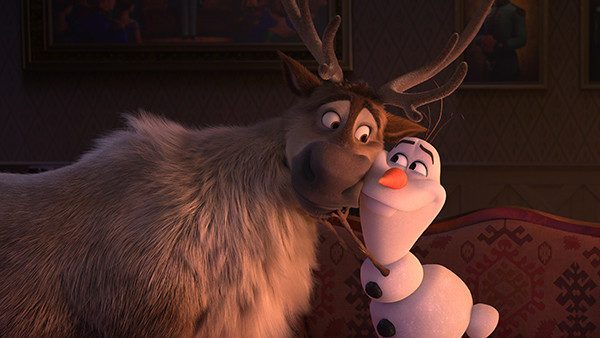 The animation serves the story perfectly. If Frozen was a story about Elsa learning to control her powers, Frozen 2 is about learning to let them go – in the best way. Elsa’s newfound liberty allows her to wield ice and water like we’ve never seen her do before and the animation is simply extraordinary. The ‘Into The Unknown’ sequence holds the potential to become a truly iconic moment in Disney animation. The magic that dances around Elsa is so reminiscent of Cinderella’s enchanting dress transformation in 1959’s Cinderella – Walt Disney’s favourite piece of animation created by the studio. Both moments capture something indescribable – something that most people refer to as Disney magic – and it’s a joy to watch.

Frozen 2‘s soundtrack – created once again by Kristen Anderson-Lopez and Robert Lopez – might not have a ‘Let It Go’ but for good reason. ‘Let It Go’ was an unforeseen success and it would be foolish to try and repeat that with Elsa’s new ballads, ‘Into The Unknown’ and ‘Show Yourself.’ Instead, these two songs track the growth of Elsa’s confidence and sense of belonging perfectly and that is the true achievement of this soundtrack. No song in Frozen 2 exists simply to become the next radio airplay sensation – the music exists to serve the story and rightfully so. Of course, everything is delightfully catchy and sung to perfection – but this soundtrack shines because of its clear sense of purpose.

Frozen 2 is a masterclass in what it takes to create a great sequel. It carves its own path out of the building blocks forged by the first film creating the perfect balance of continuity and change. The plot never feels forced which is a testament to Jennifer Lee’s screenplay which compliments Frozen perfectly. Just as Elsa delights us with her powers in new ways, Frozen 2 is something that feels both fresh and original. It’s another huge success for Disney and a captivating tale that’s sure to thaw the hearts of even Frozen 2‘s most dubious critics.