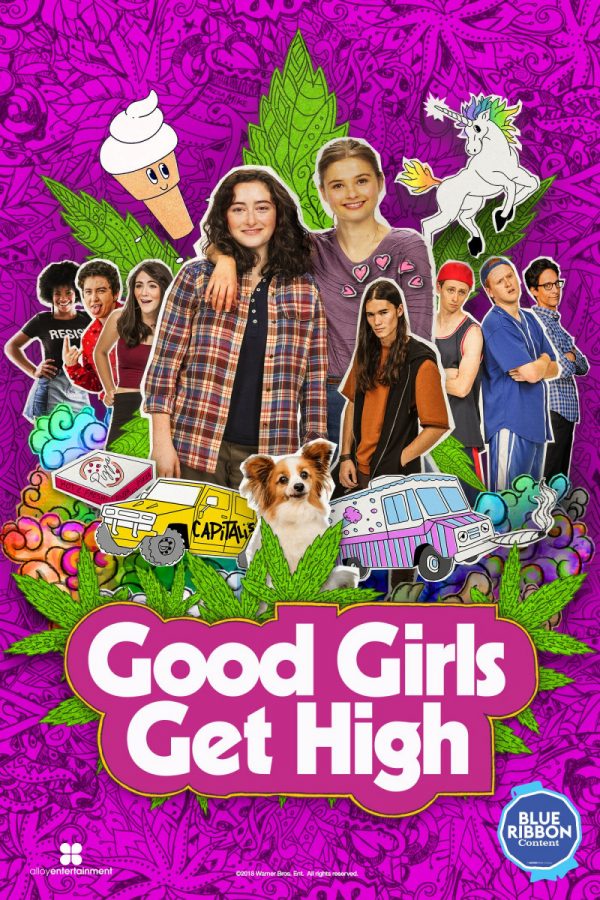 After winning the title of ‘Biggest Good Girls’ in their high-school yearbook, Sam and Danielle are determined to show that there’s more to them than simply being good. On the final night of senior year, the two girls decide to get high. The antics that follow prove that maybe being a ‘good girl’ isn’t so bad after all. 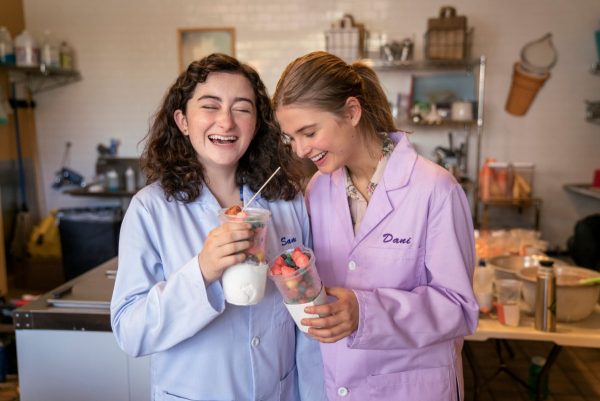 Good Girls Get High is a laugh-out-loud good time. This infectiously joyous teen-comedy, directed by Laura Terruso, feels like an instant classic for Millennials and Generation Z’s alike. This is modern high school – complete with influencers, viral trends, and the word ‘lit.’ Terruso wastes no time in establishing her own style in the film. If Easy A and Mean Girls had a baby, you’d end up with something like Good Girls Get High. Narrated throughout by the charming Sam (Abby Quinn), Good Girls Get High navigates themes of friendship and identity alongside the perils of high school. These themes may be tried and true coming-of-age classics, but thanks to Terruso and Jennifer Nashorn Blakenship’s witty, endearing script, the film manages to stand out from its competitors.

So much of Good Girls Get High‘s heart comes from its leading ladies. For all of us who have been and continue to be ‘good girls,’ Sam (Quinn) and Danielle’s (Stefanie Scott) journey will fulfil all those ‘what if’ thoughts you had in high school. Good Girls Get High certainly has its fair share of stereotypical characters – you’ll know the jocks when you see them – but thankfully, Sam and Danielle are spared from that fate. Whilst Sam and Danielle are both extremely academic, they’re not reduced to being ‘dorky girls in glasses’ – a nerd stereotype favourite. You either know a Sam and Danielle, or you are a Sam and Danielle. These are girls who follow the rules and are happy to sit on the sidelines – and by the end of the film, they celebrate that. 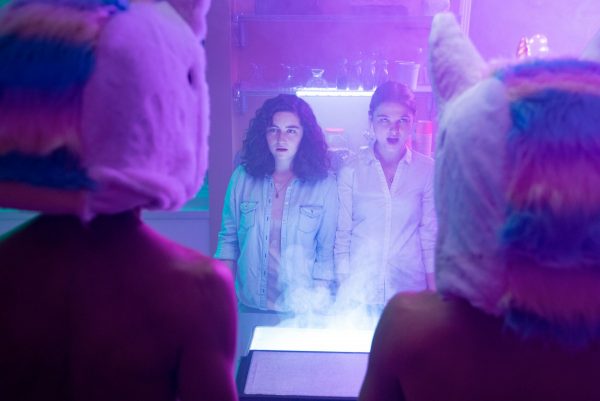 Sam narrates the film retrospectively in a video-plea to the Harvard admissions board. So much of our investment in this story relies on her delivery but actress, Quinn, delivers. Her awkward charm and comedic-timing make even the most absurd moments of their drug-fuelled night sound plausible and real. Scott brings a different quality to her character, Danielle. Scott is the girl-next-door. She oozes charm but Scott isn’t afraid to act dorky and in fact, it’s when she does that she really shines. The chemistry between the two is the result of perfect casting. Good Girls Get High wouldn’t be what it is without them.

Good Girls Get High isn’t without its faults. The film does feel at times as if it’s underusing its supporting characters. Clearly, Sam and Danielle’s friendship is the primary focus, but as the film has a relatively short runtime, extending this to explore these supporting characters doesn’t feel like too much to ask. Morgan (Isabelle Fuhrman) is a prime example. Morgan is a party girl and therefore a ‘bad girl’ to Sam and Danielle. Fuhrman seems to have a great knack for comedy but it’s something Good Girls Get High doesn’t give enough time to explore. It’s evident that Sam and Danielle aren’t cut out for being ‘bad girls,’ but it would’ve been interesting to see the dichotomy between them and Morgan in a bit more depth. 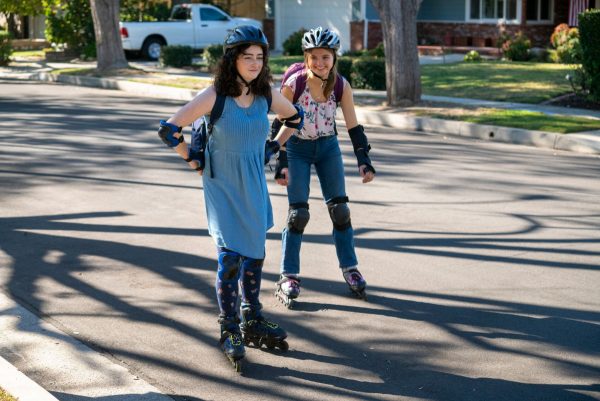 Above all else, Good Girls Get High is an enjoyable escape – complete with drug-fuelled visions, ill-timed stomach issues, awkward romantic encounters, and the most academic game of beer pong you’ve ever seen. Terruso and Blakenship’s humorous script is full of plenty of endearing moments that perfectly reflect the struggles of growing up, navigating the future, and struggling to accept your own identity. Good Girls Get High is a film that celebrates being a ‘good girl.’ It’s a refreshing take on the high school genre and one that will likely earn a place in the hearts of many of its viewers.