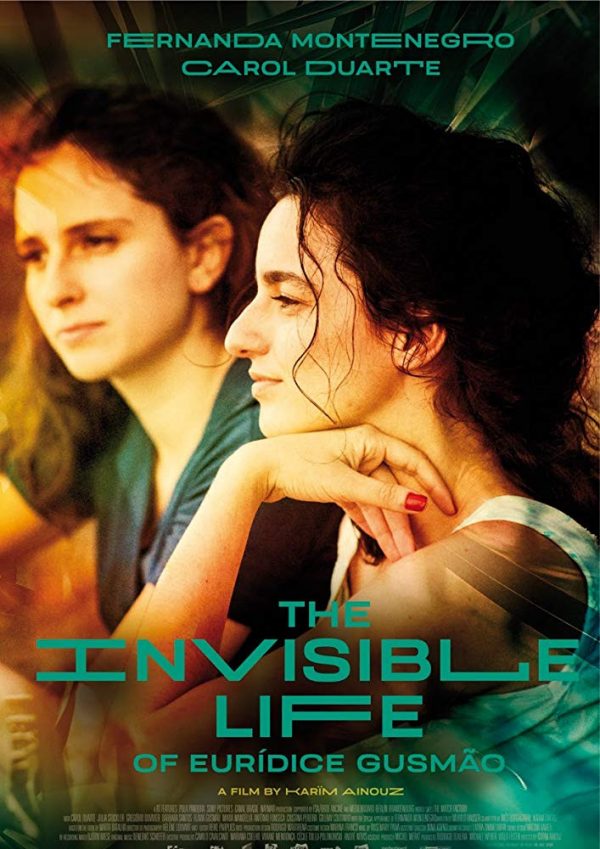 Two sisters born in Rio de Janeiro make their way through life, each mistakenly believing the other is living out her dreams half a world away. 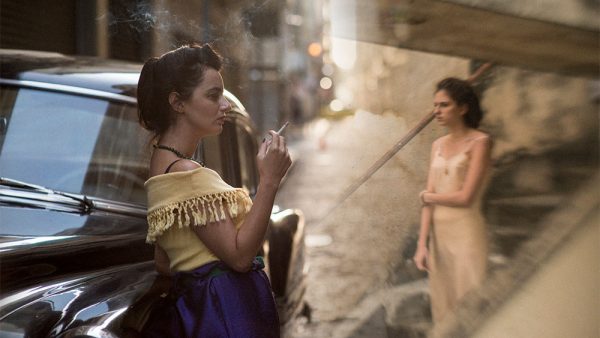 The title Invisible Life only marks the latest feature from Brazilian filmmaker Karim Aïnouz as more devastating than it already is. Also submitted to the Academy as a potential nomination for Best International Film on behalf of the aforementioned country, hopefully, it can find an audience so that the suffering, horrific abuse (both mental and sexually physical), and crushed dreams of the disconnected sisters at the center of the story are not so unseen. This is an oftentimes relentlessly rough and emotionally challenging film to watch (and sometimes questionably so considering the inferred point is made after the first rape scene and the first forced prostitution interaction) that never makes one wish it wasn’t visible or nonexistent, due to the strong performances on hand and bittersweet ending that elevate such tedium.

Euridice (Carol Duarte) and Guida (Julia Stockler) are a couple of little women with a bond as seemingly firm as sisters could ever have, each with their own personal envisioned futures and desires. Guida is head over heels for a Greek fellow that, after a night of partying (Guida glams herself up for the occasion donning her deceased grandmother’s valuable earrings, which goes on to play a subtle key point told with affecting visual storytelling in a small third act scene) easily sways her to travel across the world with him while getting eloped and pregnant in the process. He turns out to be a manwhore jerk so fast that he barely has any screentime. 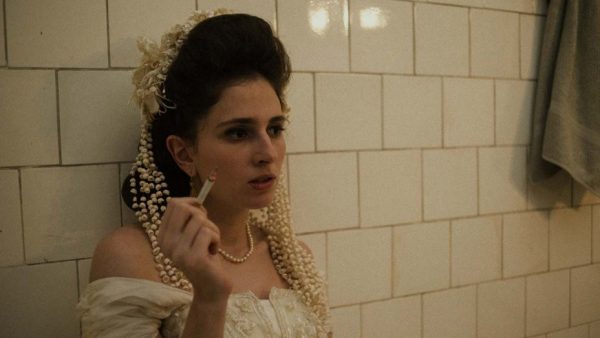 Deeply missing her sister and feeling abandoned, Euridice puts her pianist ambitions on hold to marry a local fellow named Antenor (Gregório Duvivier) that probably does more raping than talking in the 2+ hour running time. It’s never really made clear (unless I happened to miss a quick line of dialogue specifying) why they are together or if it’s an arranged marriage set up by her deceitful, manipulative, and overly traditional (his behavior is beyond regressive even for the 1950s) father. There’s clearly no love in the relationship, as Antenor is more concerned with taking forceful advantage of his drunken significant other on her wedding night rather than create special memories. He definitely doesn’t support her musical talent, berating her for even thinking about signing up to a prestigious school for lessons or auditions, also planting a seed inside her against her will to make those dreams all the more unlikely to obtain.

The kicker is that, due to lies spun by father, Euridice and Guida assume each other is living out the lives they wanted. Guida is shamed and disowned by her own father, leaving her living with a friend and developing an alternative sisterly connection (it’s a dynamic not bound by blood, as the script states the obvious) while raising a child of her own. Frequently throughout Invisible Life, Guida writes letters to send to Euridice, which never reach their intended destination but is also not the only point of penning them. The backbone of the narrative is founded on these letters, containing all manners of pain and guilt and regret regarding Guida’s decision to impulsively flee home back on that night. As the years go by, it also becomes a way to simply make sure she doesn’t actually forget her own sister. 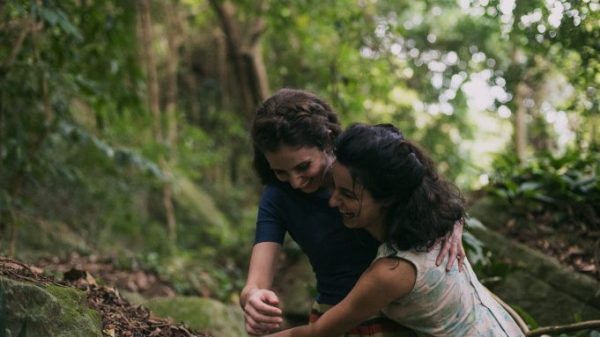 It’s unfortunate that voiceover messages are the prominent outlet for giving the sisters depth, as the direction tends to focus on the abuse regularly inflicted on them rather than their own feelings and coping mechanisms. Invisible Life is a punishing watch in terms of subject material, but that’s not the problem; the issue is that it doesn’t necessarily amount to much besides more of the same horrific living conditions that take time away from diving further into the minds of these women over the years. It’s possible to make their emotions, dreams, and sorrow invisible to the men around them while simultaneously developing them as more realized characters. This is a film that comes close to generating tears from the direction of its finale alone but fails considering everything that comes prior is lackluster and drawn out. It’s still impressive, just not as impressive as it should be.

There is also a frustrating moment halfway through the film that, with more capable direction leading up to it, should render as tense and hugely involving for the audience; it’s a situation where one should theoretically desperately want a character to do something simple that would change the course of events in motion. Instead, it comes across as contrived and annoying. Still, Carol Duarte and Julia Stockler are able to cut through all the storytelling woes by committing themselves to Karim Aïnouz’s misguided division that never forms into something moving until the last 15 minutes.

All the ingredients for a spectacular film are here, but Invisible Life is written from a team (and also based on Martha Batalha’s novel) that can’t figure out what aspects to hone in on and how many rape scenes we need before catching on that the lives of these sisters are bleak, forever silenced and treated as objects. Nevertheless, it’s worth a watch alone for the passionate performances eliciting yearning to reconnect, anguish, and remorse. The final shot more than makes up for the mistakes along the way.