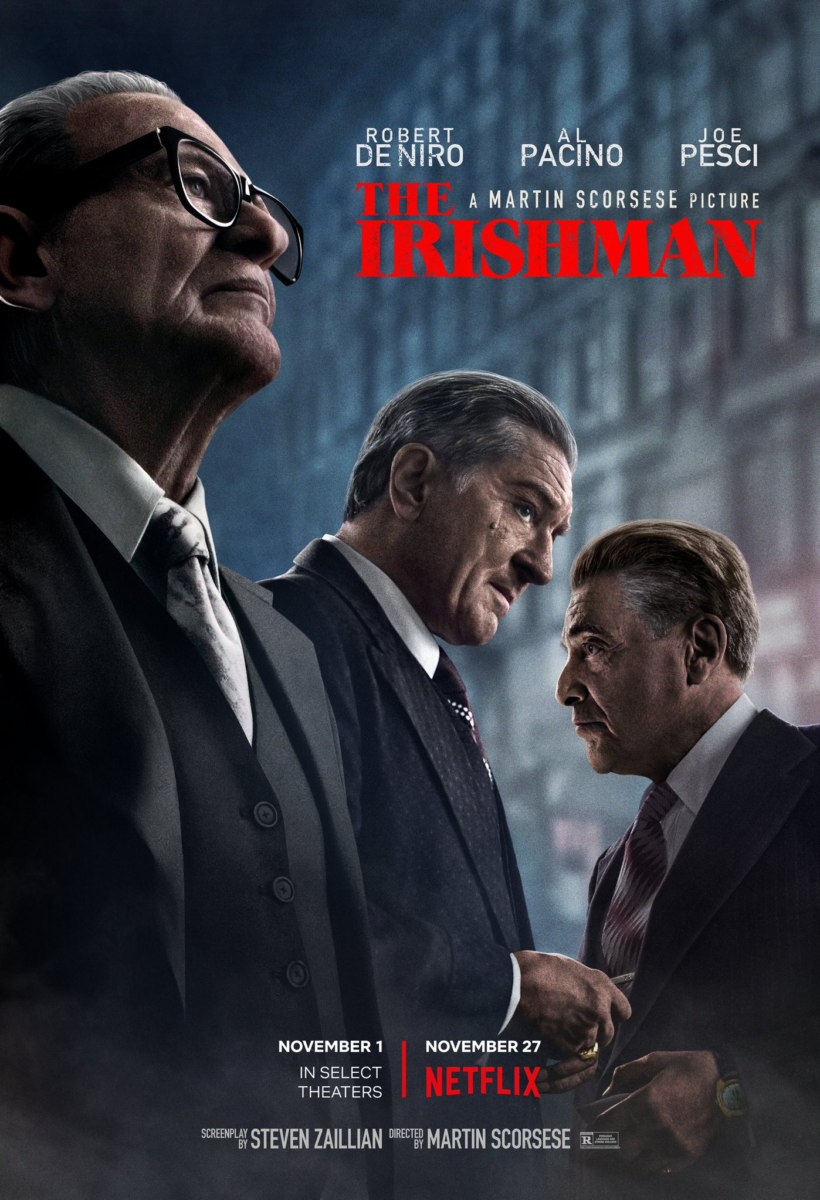 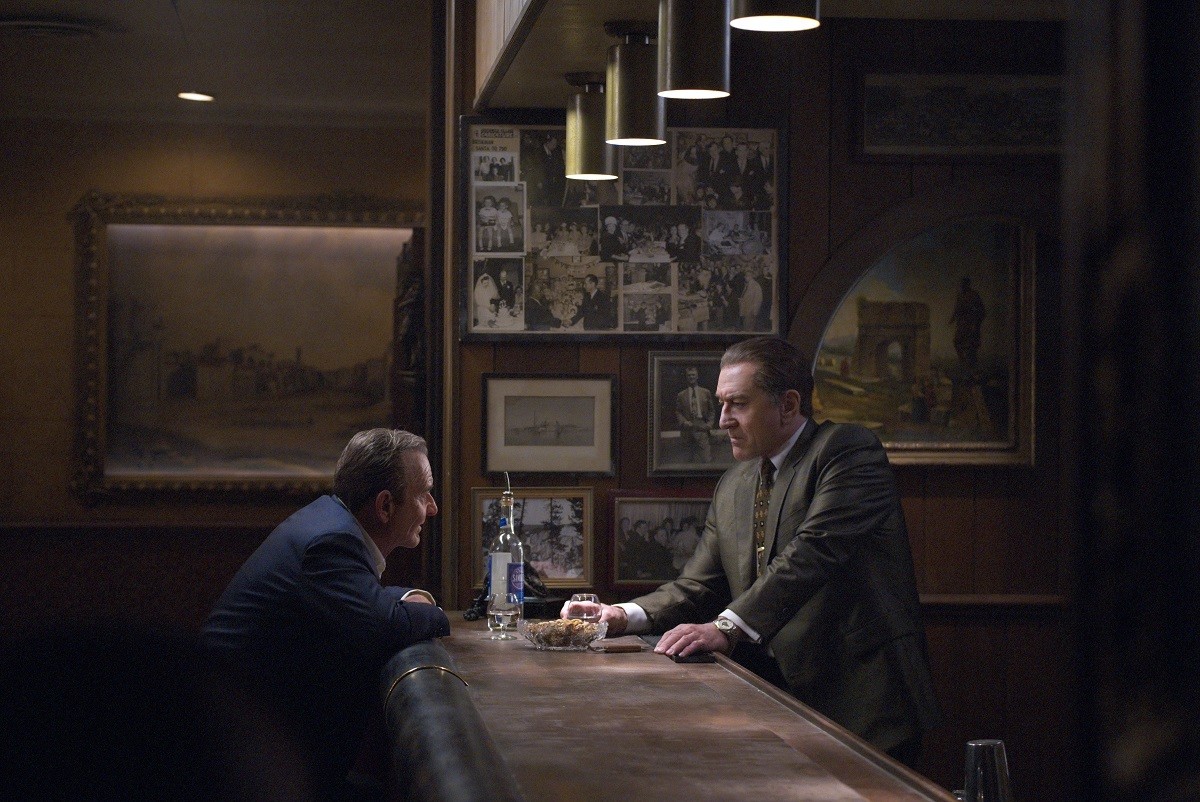 The Irishman is a rare gem – it’s everything you hoped it would be in a world where hype often manages to dampen even excellent films. It’s a vintage Scorsese piece, with all the hallmarks of his work (style, pace, energy and palette), and it’s also the best movie he’s produced in decades. Everything unfolds so fluidly that the film’s quality is palpable throughout. It truly satisfies the building sense that this is another home run for Scorsese, as well as a classic in the gangster genre.

Of its many sterling features, the narrative of The Irishman is perhaps its trump card. Based on Charles Brandt’s non-fiction work, I Heard You Paint Houses, The Irishman details the real life of truck-driver-turned-hitman Frank Sheeran (Robert De Niro), who is introduced to the world of organised crime through the American labour union after an encounter with mobster Russell Bufalino (Joe Pesci). His involvement with the International Brotherhood of Teamsters, in an America still reeling from World War Two, brings him into direct contact with its charismatic president, Jimmy Hoffa (Al Pacino). The film follows Sheeran through various encounters with criminals and politicians over an epic 60-year span. Although some shade has been thrown at the feasibility of a few claims in The Irishman’s source material, it undoubtedly still makes for a gripping story. Netflix stumped up the money for this project – which been in the works for years, and was first brought to the table by De Niro – and so will rightly get to share in its spoils. 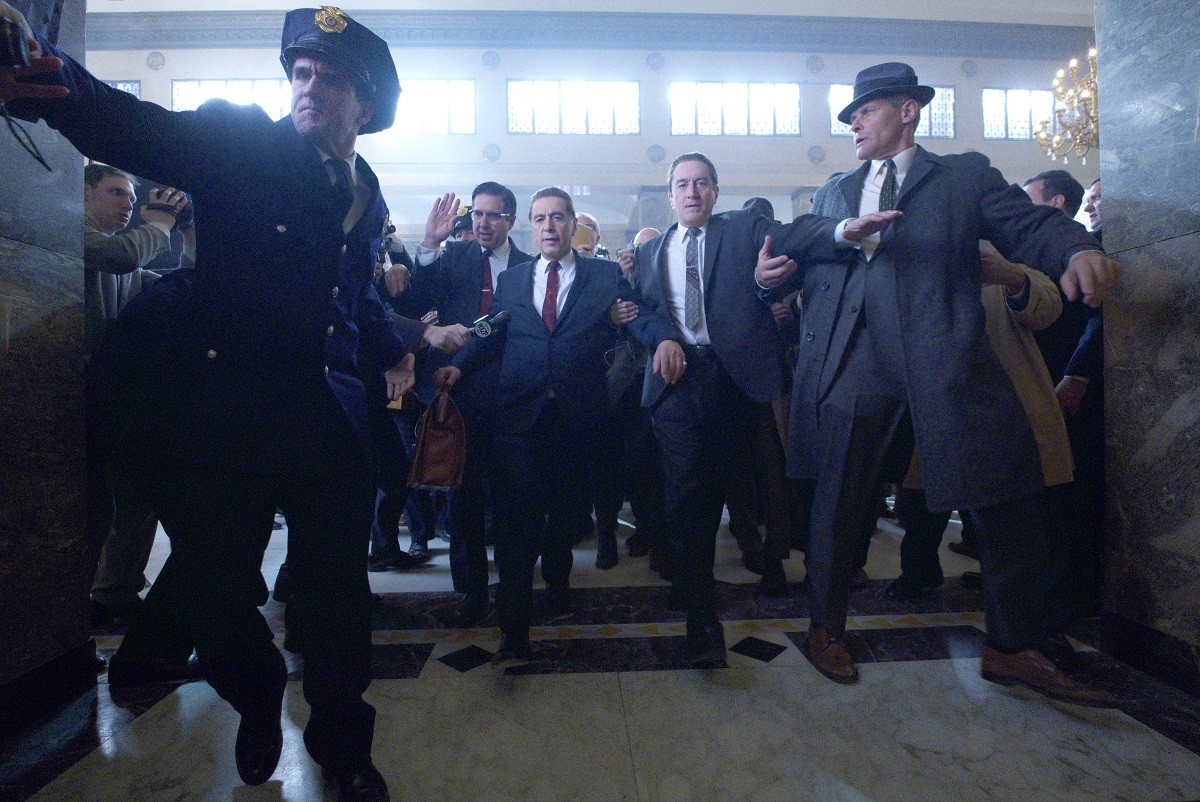 Running at a whopping three-and-a-half hours, this is the longest picture of Scorsese’s career as well as the longest major cinematic release of the past twenty years. Remarkably though, not a single moment of the film seems wasted or superfluous. It’s a tight, taut screenplay from Steven Zaillian (Schindler’s List, Gangs of New York, HBO’s The Night Of), and a masterclass in pace from both director Scorsese and his long-term editor Thelma Schoonmaker. Its scope is expansive, but the engaging nature of The Irishman means it never sprawls or drags. Films over an hour shorter have often felt longer.

The impressive cast is a sight to behold in The Irishman, with De Niro and Pacino truly co-starring in a way that’s always been aspired to but never quite managed until now. It’s also pretty astonishing to note that this is the first time Pacino has starred in a Scorsese picture; the trio seems inexorably linked by the gangster genre. De Niro is quiet and methodical as Sheeran, just as Pacino gets riled up and passionate as Hoffa, making for an engrossing contrast in their characters’ interplay. These two actors do exactly what you hope of them, a timely reminder that their reputations justifiably proceed them. It’s also understandable that Scorsese would embrace the much-discussed de-aging technology to allow his stars to portray their characters at every stage of their lives. This indulgence seems excusable, particularly because the execution of the digital de-aging is quite remarkable, and rarely distracting. Scorsese and cinematographer Rodrigo Prieto’s cinematic and moody post-war sheen to the film – and use of 35mm – also allows this wizardry to blend in better. 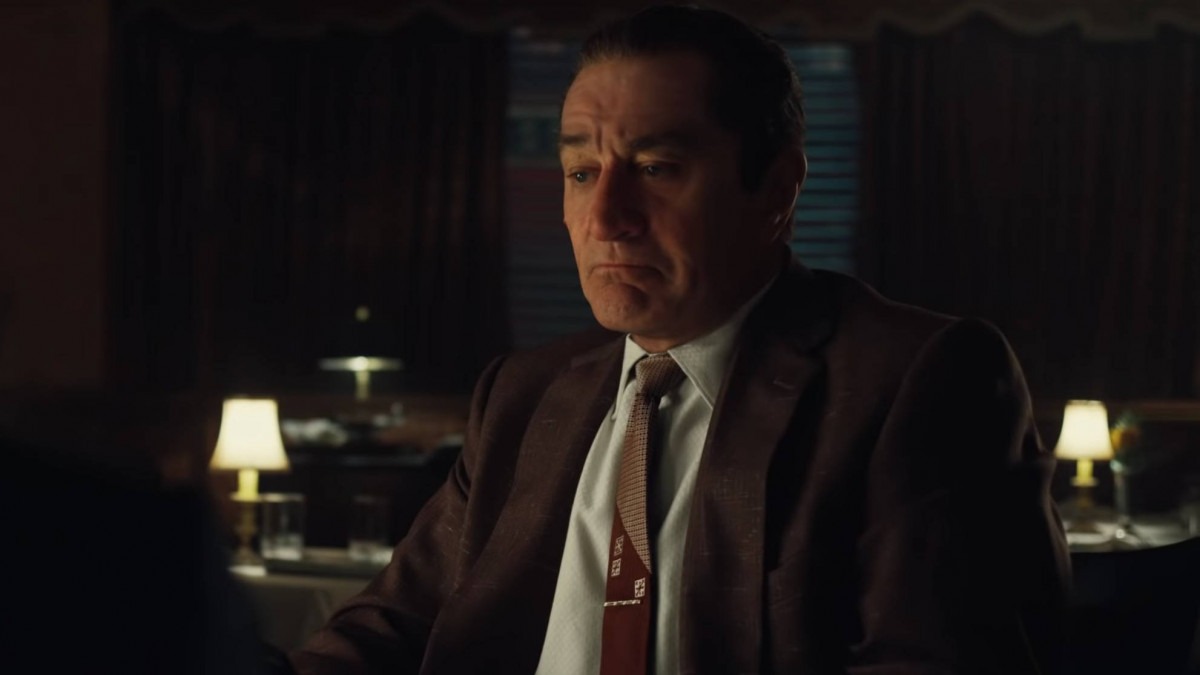 The Irishman is, of course, a treat to behold. Although a little odd with its start in the 1990s, the movie soon gets down to business with its story, the meat of which is grounded in a more seemingly Scorsese-appropriate 1950s and 60s period. Its muted but stylish design (courtesy of Bob Shaw, another transplant from Boardwalk Empire, along with several actors) is rich and authentic, especially when paired with the wide lapels and striped ties of costume designers Christopher Peterson and Sandy Powell. This sophistication makes for a strong contrast with the brutality of the mob’s dirty work, in the same way its language does. Sheeran is employed to “paint houses” and also “do his own carpentry work” – that’s all that’s ever explicitly said.

There are many star turns featured in the supporting cast of The Irishman, masterfully pieced together by Ellen Lewis, from Stephen Graham as a punchy Anthony Provenzano, to Ray Romano – quite removed from the days of Everybody Loves Raymond – as crooked lawyer Bill Bufalino. It’s also nice to see actors like Harvey Keitel, Jesse Plemons, Anna Paquin, Jack Huston and Bobby Cannavale getting screen time (again, for Keitel) from Scorsese. But the undeniable highlight of The Irishman is Joe Pesci, persuaded out of unofficial retirement for this movie. Quiet yet dangerous, warm but foreboding, Pesci’s Russell Bufalino is a fascinating character that demands your attention every time he appears – and it’s effortless. It will be a travesty if Pesci doesn’t add significant metal to his awards cabinet this upcoming season. 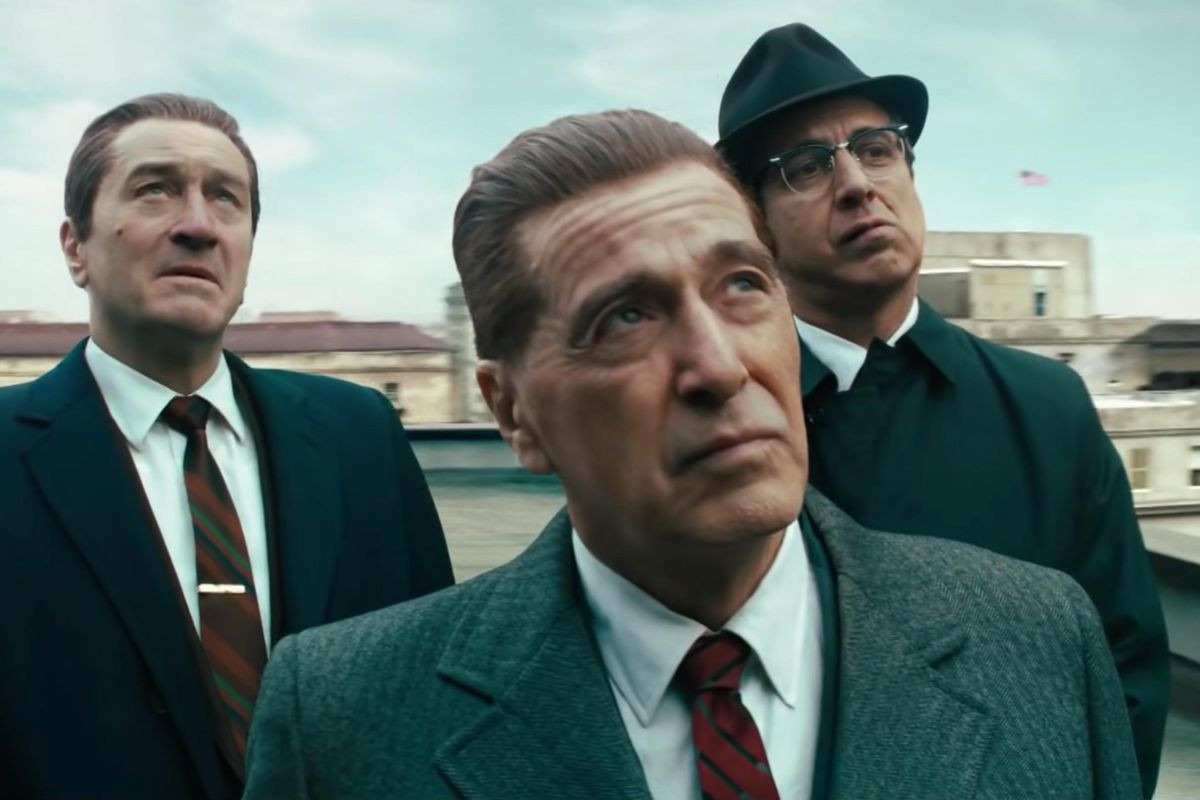 For a movie led by septuagenarians, The Irishman has a fitting focus on death. It’s never macabre, but when Hollywood is obsessed with youth, often casting actors to play significantly (and awkwardly) younger than they are, it’s refreshing to see something that offers resonance. It’s poignant, and seems truthful for these characters at this stage in their lives. Although plenty of the action takes place in the past, a lot of the movie’s emotional heft comes from an elderly Sheeran’s reflection on his life, choices and past relationships.

With The Irishman’s cinematic run preceding its release on Netflix, it truly feels like a seminal moment for streaming and cinema. With names like Scorsese, De Niro, Pacino and Pesci embracing backing from a subscription platform in order to make a film, surely the gates are now firmly open for the rest of the Hollywood elite to do so? And not only have they made a film, but undoubtedly the best one from any of them in many years. Roma’s Oscars performance earlier this year may have signalled Netflix’s artistic arrival in cinema, but The Irishman will cement its place on the podium.