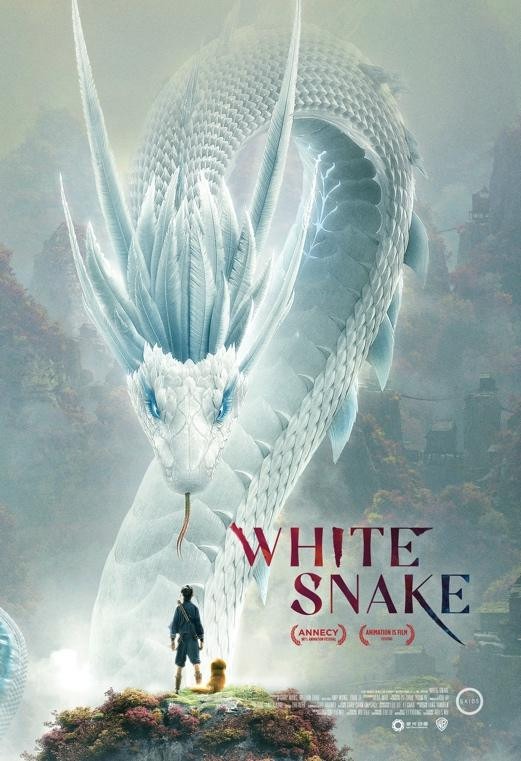 When snake spirit, Blanca, wakes up disguised as a human, she has no memories of who she is or where she came from. Unknowingly disregarding that which is forbidden, Blanca falls in love with human snake hunter, Xuan. Based on the traditional Chinese fable, ‘Legend of the White Snake,’ Blanca and Xuan will find themselves caught up in a war between humans and demons. 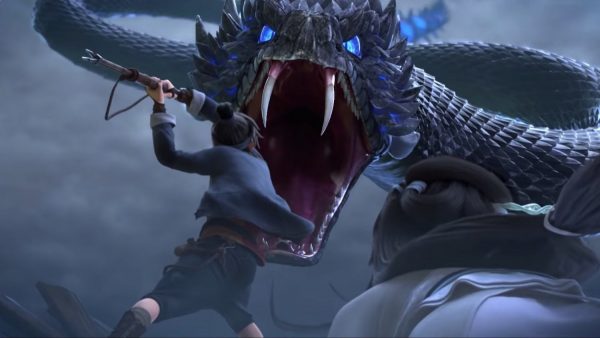 Simply put, White Snake is an animation triumph. This is a feast for the eyes – every water drop, clothing stitch, and flower petal meticulously crafted with stunning levels of detail. It isn’t difficult to find yourself lost in the wondrous, fantastical world that White Snake creates. As a fable, White Snake isn’t a story with a lot of surprises up its sleeve. That being said, if you’re happy to forgo plot twists, Blanca (Stephanie Sheh) and Xuan’s (Paul Yen) love story is an endearing tale full of emotional depth amidst the impressive action sequences that White Snake repeatedly delivers.

Directors, Wong and Ji, utilise with great skill, the endless possibilities that animation provides. From the ethereal flow of Blanca’s diaphanous kimono, to each blade of freely moving grass – White Snake‘s animation is just as wondrous as the mythological world within the film. In one particular stand-out scene, a rough and stormy river instantaneously becomes still, as an ominous figure suddenly appears in the mist. It’s moments like this when, writer, Damao’s other-worldly script is serviced so perfectly by White Snake‘s animation that truly spine-tingling moments are created. Guo Haowei’s graceful score is the cherry on top. 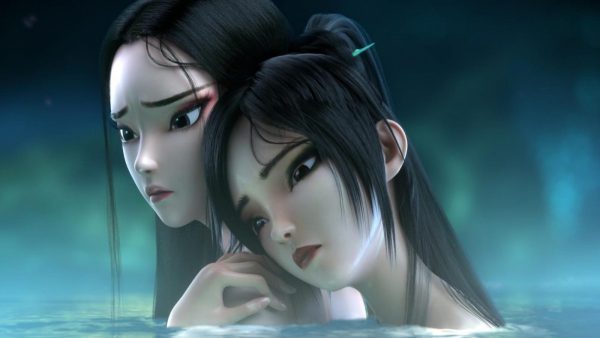 Fables tend to follow certain generic patterns but Damao still manages to craft a script that feels fresh. White Snake isn’t predictable per se but it isn’t full of unexpected twists and turns either. Regardless, White Snake manages to stay engaging throughout its 99 minute runtime. The gradual unfolding of Blanca and Xuan’s love for each other is the heart of this film – and by the end of White Snake, it will likely bring a tear to your eye. White Snake is reminiscent of several films that came out of the Japanese animation house, Studio Ghibli. Much like Spirited Away, Laputa: Castle in the Sky, and Princess Mononoke, White Snake centres itself around two characters that we can really grow to care about. As such, it’s much easier to get lost inside this unfamiliar world. 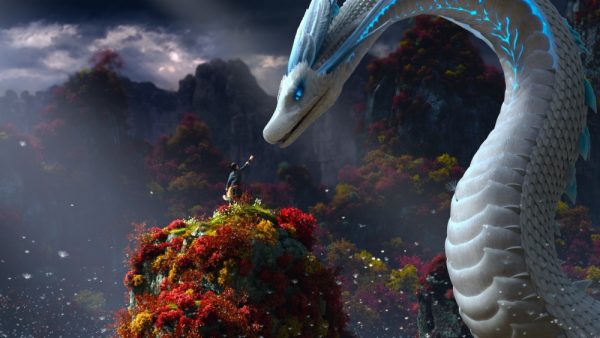 No animated film is complete without a trusty, talking animal sidekick and Dudou (Matthew Moy) fulfils that role – bringing moments of comedic relief to the film. Whilst animated film typically falls under the category of family entertainment, White Snake pushes the boundaries and shouldn’t be considered suitable for all ages. Much of the violence is fantasy-based, but there are two moments in particular that include a bloody axe slicing through a soldier, and the threatening of a baby’s life in exchange for information. These moments are dealt with swiftly, but it’s worth noting that they’re there.

The biggest surprise in White Snake was the mild sexualisation the film toyed with. This is established pretty early on in the film as the shot lingers on Blanca’s body as she emerges from the water – her sheer clothing clinging to her skin. No character is more sexualised, however, than Foxy Boss (Faye Mata). We meet Foxy – owner of the Precious Jade Workshop – midway through White Snake. This barely-clothed, half-human/half-cat demon is never seen without her two, male servants – answering her every beck and call. It’s far more likely that adult audiences will exclusively be the ones to read into these scenes, but it’ll be interesting to see how the film is received by worldwide markets. 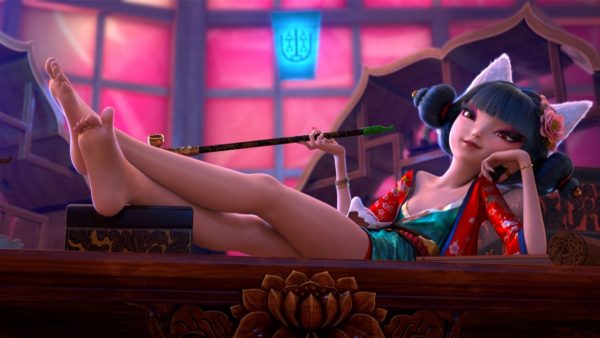 White Snake‘s mid-credits scene perfectly sets up a sequel and due to the great success of the film at the Chinese box office, it wouldn’t be surprising if something was officially announced. White Snake feels like it has another chapter left in it – as if we’ve barely touched this new world delivered for us to explore. This is truly one of the best pieces of animation produced in recent years and White Snake proves that animation is more than children’s entertainment.

White Snake is scheduled to be released on November, 15th 2019.