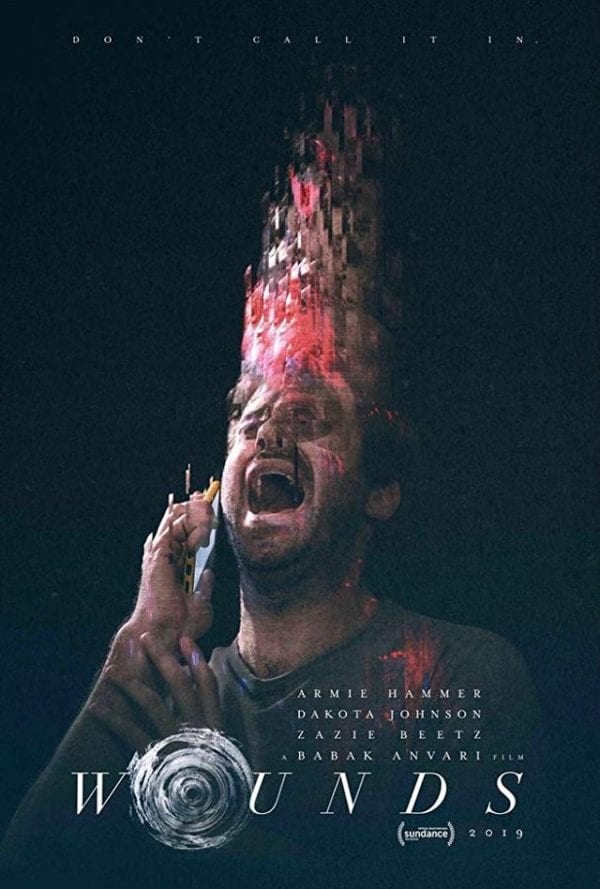 Disturbing and mysterious things begin to happen to a bartender in New Orleans after he picks up a phone left behind at his bar. 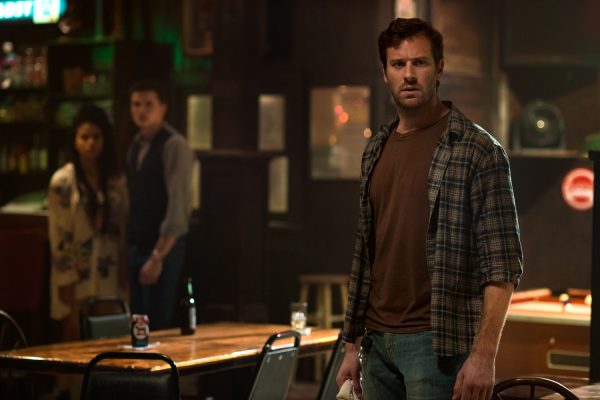 Wounds is two-thirds of a moral deterioration haunter that culminates with abrupt disappointment. In no way indicative, by a country mile, of Babak Anvari’s tightly-packed debut Under The Shadow. Working within his Iranian domain of djinns and revolutionary warfare, Anvari impresses via storytelling proficiencies. Here, turning New Orleans into an even nastier hooligan’s playground, Anvari pushes forward as if entire chunks of development have vanished. Expect more malice and spite than beads littered across Bourbon Street, but Anvari’s adaptation of Nathan Ballingrud’s “The Visible Filth” never pieces together. A shame, really, as there’s inherent insidiousness within the “lost and found OF DOOM” idea – just faulty wiring.

Armie Hammer stars as nightlife bartender Will, a lush and slacker boyfriend to the studious and intellectually-driven Carrie (Dakota Johnson). His life is full of drunken fights, too many “one last shot” moments with friend Alicia (Zazie Beetz), and general malaise. That’s until underage teens leave a cell phone behind that Will snatches, inviting a curse into his household. Will’s visions are plagued by gruesome photos found on the device, possibly related to sacrificial Gnosticism rituals. Specifically the “Translation of Wounds,” where gashes are used to transcend physical boundaries and connect with higher beings of power. Why couldn’t Will just leave the phone locked? 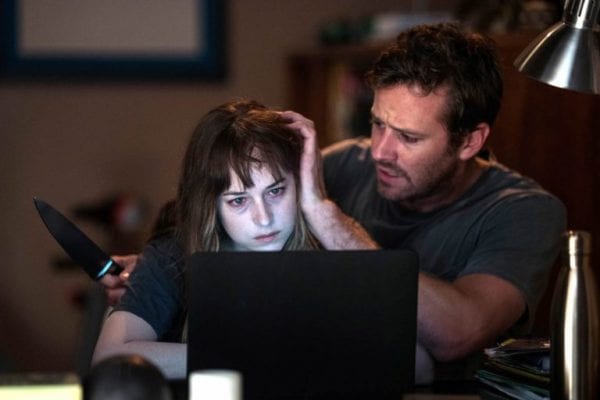 It’s a story of jealousy and rage and impulse, but not a particularly involved one. As Will becomes “possessed,” maybe “afflicted” by his new cellphone – cutesy yellow case to downplay danger – everyone around him tumbles into his gravitational darkness. There’s mention of demons emerging from tunnels, some graphic snapshots, but it’s all very basic and flat in terms of overtaking aggression. Anvari does so little background work on the “Translation of Wounds,” forgoing explanations or investigations for a single “scroll through internet jargon” sequence. Surely filmmakers shouldn’t be pressured into handholding, but *relative* story structure needs to be in place. Wounds, counterproductively, does not believe so.

Anvari’s script blends hints of voyeurism, mundanities, and what it takes to feel alive – except all the interesting horror bits occur away from the camera’s eye. Will’s downward spiral just makes him angrier or brings romantic feelings for Alicia to the surface. Carrie is the one staying home all day, watching a “tunnel” video on the internet that turns her ghost-pale. Wounds desires so badly for our imaginations to do the script’s heavy lifting, steering clear of face-to-face altercations with impish conjurings or spilling vileness past a few smartphone pictures. Johnson’s hypnotic attraction is far more intriguing than Will’s common douchebaggery, yet we’re kept away. 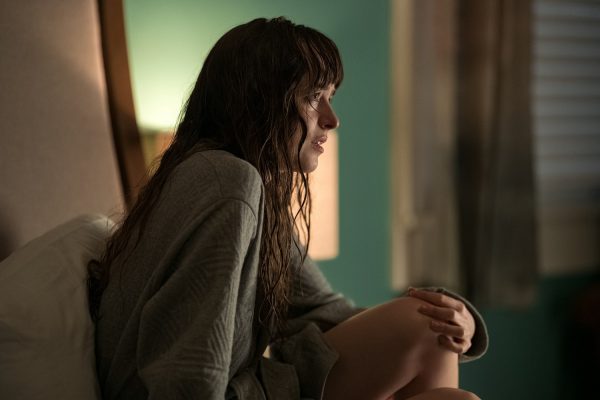 It’s not even that Hammer struggles to convey his character’s mental depletion, more that it’s hard to accept the dramatic wedges already in play. Carrie and Will start the movie on shaky relationship grounds, just as Alicia and Will already trade flirty glances when no one – well, few others – are looking. Will’s ungrateful wallowing under a guise of drunken charisma unlocks these pangs of grief that never feel earned, nor does Wounds effectively establish motives beyond forcing us to believe the actions on-screen. Here’s a character, here’s Will, here’s Will interacting with said character – never anything deeper. Look no further than burly rig-worker Eric (Brad William Henke), the drunken gorilla with a slashed-open cheek who Will checks up on out of friendship and care – presumably, because we’re never told anything more.

Even scares and gore cut themselves off at the kneecaps, never extending that extra mile. Be it a recorded video of some severed head or a nightmare intruder, back turned towards the camera, who spits bloody teeth forward and *never* turns around. Then said ghoul warns Will of the monster looming over him, as out-of-body Will dashes back towards his bedroom only to awaken before any payoff. Anvari continuously trails away or distracts Will from haunts and creeps outside of cockroach infestations, another detail that’s barely addressed in passing. Notes of incompletion ring loudest, boiling “horror” down to fights between dissatisfied “lovers” or telephone voices that doom Will for ambiguous reasons? 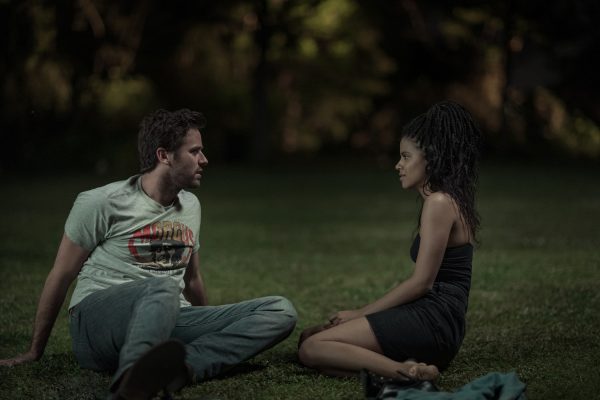 Wounds is a hazy, uncomfortable, and out-of-sync watch that disorients for the wrong reasons. Babak Anvari has already shown himself a much more capable handler of the morose and tragic, which makes this tactless exploration of devious sacrilege all the more disappointing. Bad things happen to mediocre people – is that the moral here? An underwhelming meditation on despicable cruelness that takes itself too seriously and succumbs to narrative shortcomings? There’s a joke about the film licking its own wounds somewhere to be grasped, but I haven’t the energy to find it. I’ll be doubly excited to see how Babak Anvari bounces back after this less-than-damning streaming dud.