One of the most feared women in the galaxy, Nebula, is set to take centre stage in her very first series this November courtesy of writer Vita Ayala and artist Claire Roe, who are teaming for a new six-issue series from Marvel Comics. 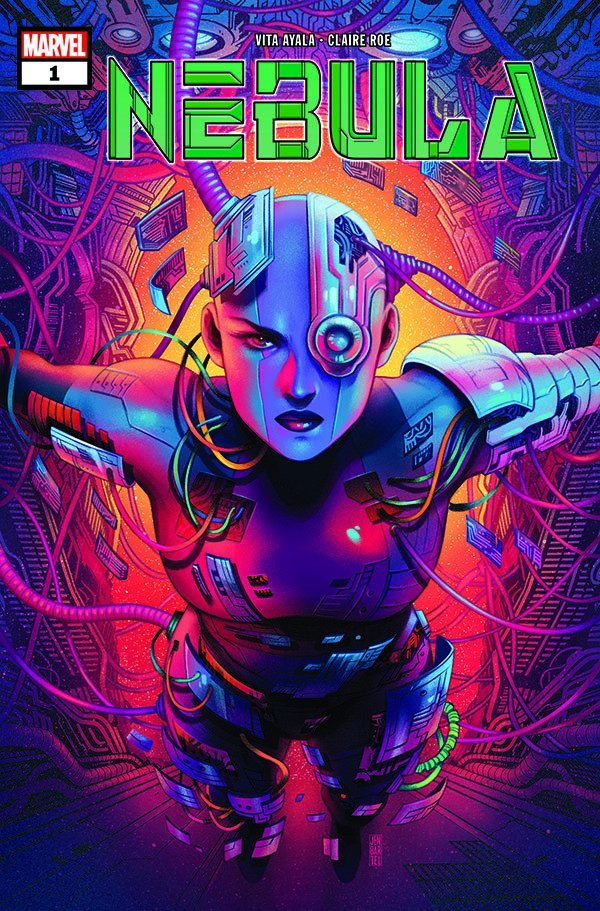 “[Since] the movies kind of reinvigorated interest in her, we’ve gotten to see her pop up more and more in the comics. And now, here’s her solo title where all we do is really dive deep and explore who she is and why she does what she does. That’s kind of my jam,” Ayala said in an interview with Refinery29. “I really want to kind of showcase how cool Nebula is even though she’s a bad guy, and how much more complex she is than what we might assume….it was my mission to try and show who she is on a kind of two-dimensional level. Being able to be in her head and fill out all the corners is really given me an appreciation for her, and I want other people to also love her and want her to do her best.”

In NEBULA, the daughter of Thanos and sister of Gamora will finally get her time in the spotlight — and she has her eye on a very secret device. But will one of the galaxy’s most notorious bounty hunters get to it first? Marvel fans know that Nebula rarely lets anyone get in her way…