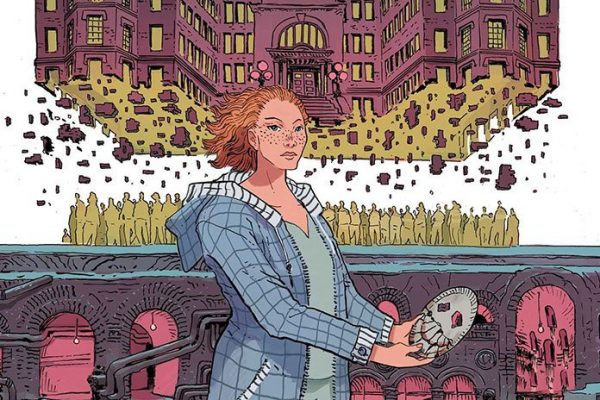 After injecting some comedy into the superhero genre with this year’s Shazam!, Lights Out and Annabelle: Creation director David F. Sandberg is heading back to the horror genre with an adaptation of the comic book series The Unsound, and Deadline is reporting that streaming service Netflix has landed the rights to the package after a competitive bidding situation.

Created by Cullen Bunn & Jack T. Cole and published by Boom! Studios, The Unsound follows Ashli, a young psychiatrist caught in the middle of a strange supernatural conspiracy. Here’s the official description for the comic book series:

Ashli’s first day as a nurse at Saint Cascia Psychiatric Hospital turns into a nightmare as a bloody riot sends her fleeing into the bowels of the hospital. As this unsettling descent takes her to a hellish world populated by lunatics and monsters, cloaked in a secret history of black magic and heinous scientific experiments, she’s forced to ask one horrifying question: Is there such a thing as sanity?

The Unsound is being scripted by Skylar James (29 Mole Street), while Sandberg will direct as well as producing with his regular collaborator Lotta Losten though their newly-formed production company Mangata.