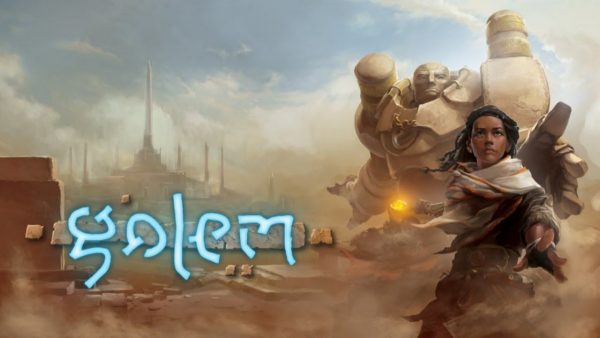 Highwire Games’ Golem was first announced back in December 2015 and originally slated for a March 2018 release. Despite much speculation that the intriguing-looking puzzle-action VR title had become “vapourware,” Golem has indeed finally been released.

And while Highwire deserves some scattered praise for creating an immersive, visually appealing world, more often than not this dreadfully sluggish VR romp feels like a tech demo awkwardly distended out to something approaching an “acceptable” length.

Players assume the role of Twine, an adventurous young girl bed-ridden after suffering a serious injury. She uses a dream stone to effectively astral project herself to a far-flung, ancient city, taking possession of the 15-foot tall stone creatures called golems which reside there. As you explore the desolate land, slaying fellow golems and other grotesque creatures in your midst, you hope to uncover the world’s secrets – and maybe a few personal ones, too.

Given the tendency for VR games to waste little time on preambles, it’s surprising just how long Golem denies players the gratification of controlling one and smashing things up. The opening sequence is in many ways a perfect summation of a game that’s as frustrating as it is intriguing; roughly 40-or-so minutes pass before you reach the first golem, as you’re inundated with a barrage of so-so cinematic storytelling and light exploration.

Right off the bat, those fed up with being traumatised by VR creepy crawlies will probably be immediately turned off. While controlling a small doll which eventually leads Twine to her first golem, the player has to traverse the dingy space underneath her bed, which is jam-packed with cockroach swarms that can only be fended off by a magical flashlight. And yes, they will crawl all over your face if you let them. 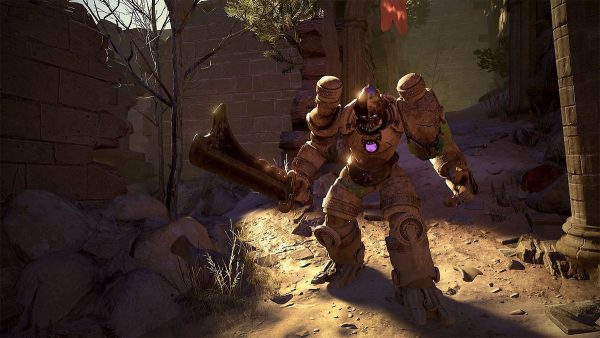 Indeed, Golem is a game built to frustrate, even if playing it with the recent 1.02 patch does remedy some of the issues raised during the first week of release. Nevertheless, Golem provides shockingly little information to the player on how to proceed through its world, an at once liberating and unsettling feeling given the game’s beautiful world and blood-boilingly slow movement speed.

The molasses-slow, wading-through-treacle speed at which you walk is, according to the devs themselves, tied directly to the game’s ability to stream textures, yet given the brevity of the core experience, it’s tough not to feel like it’s simply an attempt to pad things out.

On initial release it was recommended to play Golem with a single Move controller, while using head movement to dictate your golem’s forward motion. Needless to say, bowing your head to move feels jarringly unnatural, and finding the sweet spot for optimum speed is an exercise in lolling your head around until the game bites.

Thankfully, there are other options available; playing with a DualShock 4 in one hand and a Move in the other proved decidedly more intuitive and also less prone to motion sickness, which with just a single Move crept in within less than an hour. I say that as someone with sturdy “VR legs,” though the game does at least have a solid array of comfort settings available. Using the DS4’s analog stick to move forward while pressing the Move’s square and triangle buttons to turn is decidedly less hassle, even if cramp is liable to flare up in the hand holding the DS4 after a short while.

Between the infuriatingly slow movement and irksome controls, Golem is a game that simply cannot get out of its own way, and we haven’t even talked about the core gameplay yet. You’re largely tasked with exploring the labyrinthine ruins, battling golems and other monsters you discover skulking around, picking up new accoutrements which allow you to unlock new routes through the maze, and rinse and repeat. 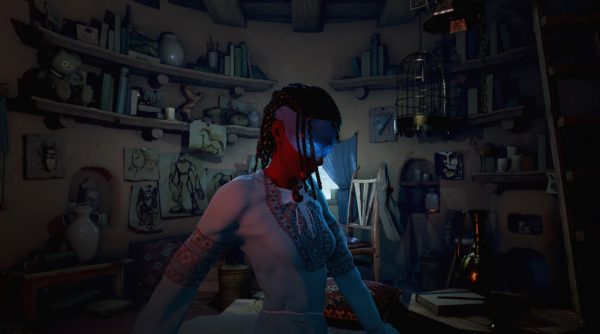 While on paper the idea of a Metroidvania-style VR game sounds terrific, the impossibly slow movement actively de-incentivises exploration constantly, because going the wrong way and getting turned around can waste many minutes at a time.

As for Golem‘s combat, it’s too simple to be much interesting, but too clumsy to be even basically fun. The basic knack is to wait for an enemy golem to take a swing at you and take an exaggerated lunge to block them, after which one of the golem’s body parts will light up, inviting you to strike it with your sword or mace. Repeat this a few more times and you’ll fell the creature.

The fighting isn’t particularly difficult unless you’re rushing through an area and find yourself overcome by multiple enemies, though the sometimes iffy tracking can fail to register blocked hits. Dying will ultimately throw you back to an early checkpoint, not only demanding the indignity of walking your stone self all the way back to where you died, but also having to battle through all the respawned golems and monsters on your way there. Oh, and you’ll be less-powerful than you were before you died. To call it exasperating is an insult to exasperation, honestly.

Furthermore, if you wish to upgrade your golem with the various pick-ups you acquire during play, you’ll need to return to the workshop to switch things up, requiring you to yet again restart from a far-flung checkpoint. And so, within just a few hours, Golem becomes a maddenning time sink of a game that doesn’t respect the player’s. In a game that invites motion sickness and is agonisingly slow-paced, sparse checkpointing is basically a deal-breaker.

If any single gameplay system in Golem truly feels like a wasted opportunity, though, it’s surely the puzzles. Intermittently you’ll find Twine’s doll strewn around the map, allowing Twine to possess it and manipulate the environment to aid the golem’s progress. It’s the game’s single truly neat idea, and yet, the “puzzles” – if you can even call them that – are both infrequent and hilariously simplistic. Had Golem leaned into the buddy dynamic more and fleshed out the teamwork aspect, this could’ve been a major sell. 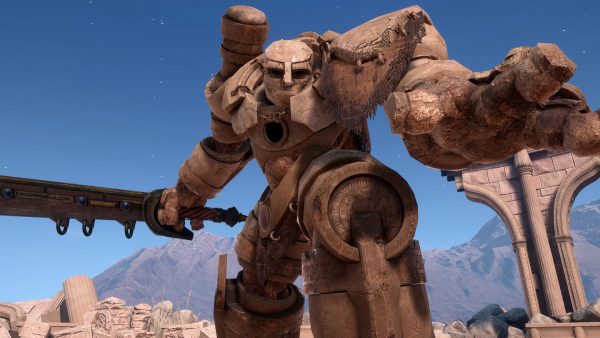 What the game gets mostly right, then, is its visuals. Golem really sells the stark vastness of this mysterious land, and the afar environments look especially lush, even if PSVR’s hardware limitations naturally cause up-close objects to look aliased into oblivion.

Nevertheless, the lighting and art direction are genuinely good considering, and so it’s a shame such meticulous work is hung on such mediocre – if that – gameplay. Yet in an inexplicable aesthetic design decision, the inventory menu back at the workshop rips the player out of VR, leaving them in a black void with a flat, 2D screen to pick their loadout from. Terrible.

By far Golem‘s strongest suit, and one not compromised at all by the shonky gameplay, is a remarkably poignant score from Halo composer Martin O’Donnell. He does a fantastic job with the orchestral swell, but it’s a shame his contributions will reach the ears of so few, and are put to use on such a nothing game. The same could be said of the totally rock solid voice acting, which is trying so hard to be evocative, while hampered at every turn by rough-as-sandpaper gameplay.

Though Golem‘s fate was very much written on the wall per its prolonged dev cycle, it’s still disheartening to see a game with so much promise trip over itself so spectacularly. Falling prey to so many early-VR pitfalls, the depressingly dated Golem is a stamina-sapping slog. 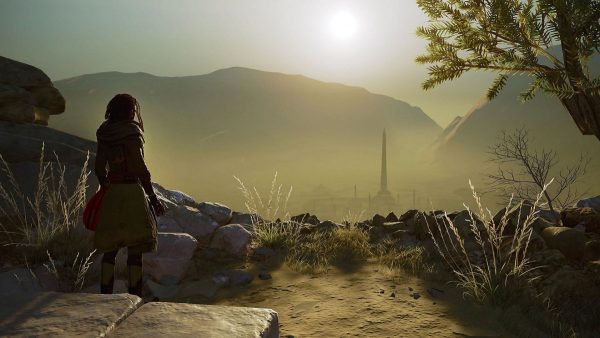