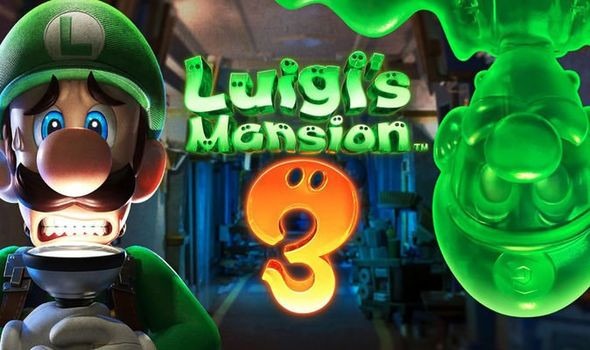 It’s fair to say that Nintendo’s spin-off titles tend to be either wonderfully creative – ala Captain Toad: Treasure Tracker – or forgettably complacent – looking at you, Kirby Star Allies – though fans probably won’t be too surprised to learn that Luigi’s Mansion 3 thankfully lands in the former bucket.

While those accustomed to the aggressive hand-holding approach of most first-party Nintendo titles may at first be slightly disarmed by this game’s greater emphasis on player exploration – yet a handy hint is never far away – this is a thoroughly endearing and wildly creative romp which gives Mario’s (slightly) young brother his most value-rich solo title to date.

The setup is typically economical; Luigi, his ghost dog Polterpup, and his pals get invited to the swanky Last Resort Hotel, only for said pals to end up trapped in paintings by the hotel’s spectral owner, Hellen Gravely, who is working in cahoots with King Boo. Using his fancy ghost-catching Poltergust vacuum cleaner, Luigi must sweep the hotel floor-by-floor, taming the supernatural presence and ultimately rescuing his friends.

Across a total of 17 floors – including two basement levels – Luigi’s Mansion 3‘s biggest strength is its sheer diversity of setting. Despite the obvious potential for ennui to creep in with the game being set in such a confined locale, the floors are of course distinctly themed; there are opulent dining halls and grand theaters, floors which have been reclaimed by plant life, a movie set, a museum and so many more.

Though the core gameplay loop is devilishly simple – capture ghosts, solve puzzles, collect keys, battle a boss (or three) and occasionally liberate a friend from a painting – the ever-shifting aesthetic subtly informs the gameplay, requiring players to perform certain activities contextual to that floor. For instance, the plant-centric level will require you to use a mower to chop through plant life, and this skill is never used again outside of this floor. 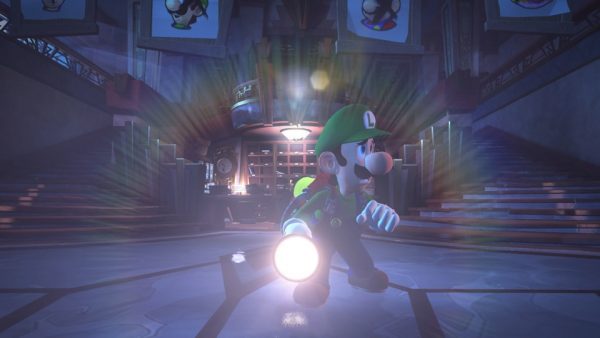 Presenting a mighty array of abilities to the player also allows developer Next Level Games to keep the puzzle solutions diverse and ever-surprising. In addition to using a flashlight to stun ghosts and the Poltergust to suck them up, you’re able to use a blacklight to reveal hidden objects and fire a plunger to grip both the environment and certain ghosts.

Moreover, combat has a far greater role than ever before, as sucking up ghosts typically requires the player to not only find a “biting point” by rotating the right stick while a meter fills up, but then slam the ghosts around the room until their health bar is depleted. This mechanic is tremendously satisfying and, though offering virtually nothing in the way of difficulty, never grew stale during my entire playthrough.

But easily the most inspired new addition is Luigi’s ability to summon a gooey doppelganger aptly named Gooigi. Gooigi is not only invaluable when it comes to solving logic puzzles requiring double the bodies and felling foes requiring double the might, but his malleable form allows him to slip through gated areas which Luigi cannot. The trade-off, however, is that any contact with water will immediately dissolve him, which becomes quite the obstacle during the game’s sewer level in particular.

Better still, a second player can take control of Gooigi for co-op fun, yet having played through the entire campaign solo, it does have to be said that the hot-switching between the two – with a quick press of the right stick – can be slightly awkward during more frantic scenarios. This is especially true during some of the later boss fights, which require players to juggle a number of functions simultaneously.

Similarly, the general controls do take some acclimation; firing the flashlight with the A button while controlling the direction of the light with the right stick feels iffy and unnatural, though players who toy around will find that using the shoulder buttons to fire the plunger and the flashlight respectively proves decidedly more intuitive. That the game doesn’t seem to make this clear, however, is absolutely baffling. 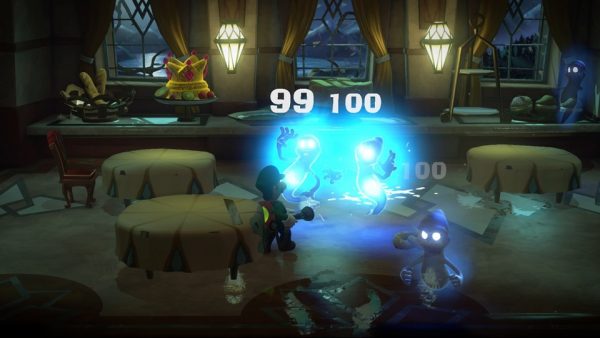 These functional gripes aside, Luigi’s Mansion 3 is about 90% joy, 10% rigour. Though few would dare call the game challenging, a great deal of thought has clearly been put into the puzzle-solving elements, and for those not au fait with the franchise – such as myself – you might be taken aback at just how long you can spend stumped on a single floor. Typically cycling through your arsenal of abilities will soon enough reveal the solution, though perhaps for the very youngest players it’s advisable that they play co-op to avoid frustration.

For more experienced players there is one groan-worthy recurring segment, in which one of the hotel elevator’s floor buttons is stolen by a purple ghostly cat. This laborious sequence sees the player repeatedly tracking down the irksome feline and is the closest the game gets to being genuinely tedious; that you have not one but two encounters with the cat throughout the game only heightens the irritation.

But more often than not the game switches up its mechanics and themes enough that it sees out its surprisingly beefy 15-hour playtime exceptionally well. There are a number of genuinely wonderful boss fights which couldn’t feel more counter to the much-criticised Nintendo formula of “jump on the head three times and done.”

If this doesn’t represent enough value for you, each floor is also jam-packed with collectible themed trinkets and secret ghost encounters, while a multiplayer suite further sweetens the deal. ScareScraper is a co-operative four-player mode in which Luigis team up, either locally or online, to clear out floors of the Last Resort.

Despite the Switch’s rather spotty track record with online multiplayer, it ran surprisingly well during play-tests, even if those not wanting to use voice chat will be limited to an hilariously restrictive set of canned comments when they need a helping hand. Like any online mode, it’s as fun as the people you’re playing with make it, but in post-release tests, it was a blast. The game also offers competitive 8-player fun in its ScreamPark mode, with Team Luigi battling Team Gooigi in 4v4 mayhem, though I wasn’t able to test that for this review. 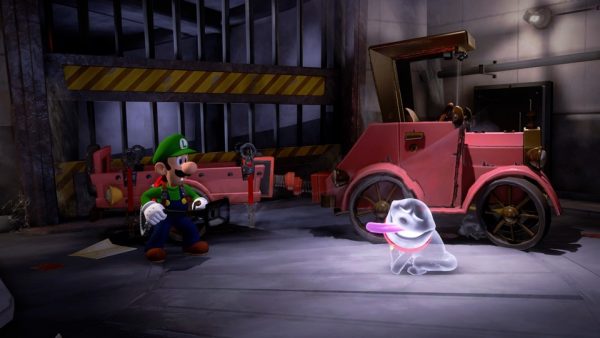 If the Switch has been wanting for a true visual knockout for quite some time, Luigi’s Mansion 3 fills that void rather spectacularly; whether played docked or handheld, this is one of the most impressive-looking titles on the platform to date.

There were several times when I was unable to distinguish the difference between a cutscene and in-engine gameplay, but what really elevates the aesthetic is not only the hotel’s diverse decor, but the dynamic destructibility of almost everything in sight. Slamming ghosts around and exploding chairs, tables and myriad incidental objects across the room is a sheer delight.

The aural package isn’t quite as spectacular, sadly; the musical score is more functionally ho-hum than inspired, and the low health jingle is genuinely irritating, enough that during long sections without any extra health or enemy encounters, you’d be forgiven for muting your Switch entirely. Luigi voice actor Charles Martinet does about as much as anyone could with so little, though, re-affirming just how much more personality the lanky green guy has than his portlier bro.

And that’s what really makes Luigi’s Mansion 3 sing at the end of the day; it’s charming as hell, and feels like so much more than an also-ran mascot adventure game quickly rushed out. There is care overflowing from (almost) every pore of this thing, even accepting some occasionally retrograde and very Nintendo design decisions, such as forcing players to sit through a 30-second cutscene every time they use an extra life.

All things considered, though, this is one of the Switch’s smartest and most adorable puzzlers to date, no matter its occasional frustrations. 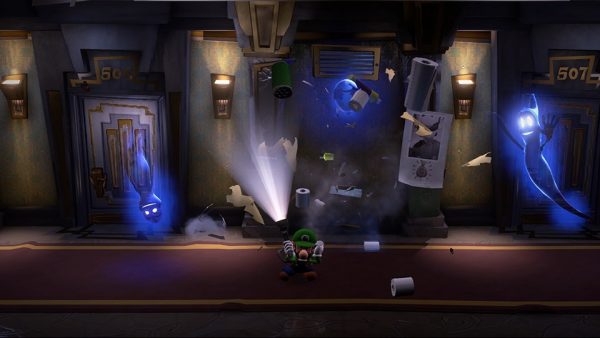