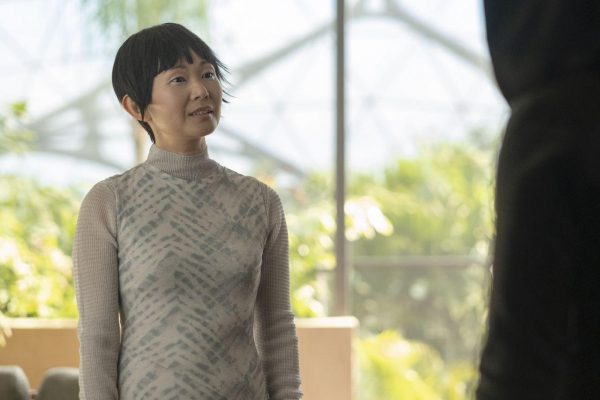 There are numerous elements to episode four which raise questions. Invention as ever is everywhere from the literal cracking of eggs over those opening titles to more subtle mentions of world changing literature. Needless to say these writers continue challenging their audience, while Angela Abar remains caught between the Seventh Kavalry, FBI interference and now an intriguing trillionaire.

Aside from bribing the infertile with an infant, building a sanctuary which resembles the Eden project and doing this with a Zen-like attitude Lady Trieu is an enigma. Played with a placid omnipotence by Hong Chou this retrofitted kimono clad power player gives little away. In the shadow of her Millennium Clock she gives advice, is prone to controlled outbursts and keeps to an hourglass time limit. Only the clumsy association with Adrian Veidt hints at a wider involvement with shadier intentions attached. 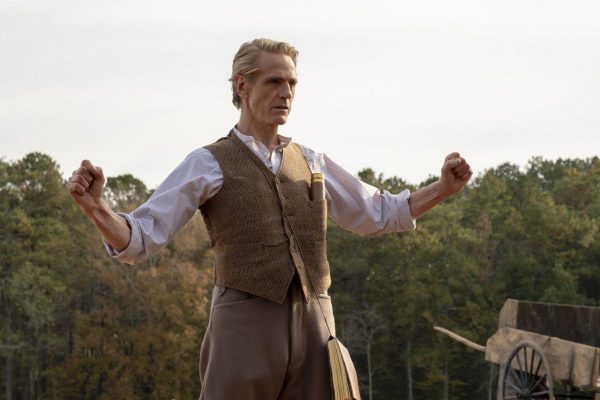 Elsewhere Jeremy Irons continues having fun as the blatantly self-absorbed, mildly narcissistic and occasionally masochistic Ozymandias. Subsisting on numerous marzipan clad creations whilst firing lifeless corpses into the sky, his is a grandstanding role of only minimal understatement. Either apologising for the numerous cadavers which litter his dining room, or pulling mewling fetuses from an adjacent lake Veidt remains ambiguous yet engaging. Cursing his incarceration as yet another ex-servant disappears into the atmosphere, Irons revels in rallying against hidden forces which keep him trapped on the ground.

Meanwhile the idea of legacy, lineage and personal history intertwine as Angela, Agent Blake and Looking Glass try to make sense of events. Jean Smart, Regina King and Tim Blake Nelson are becoming an odd yet endearing team. Working within but operating outside the law each has a separate agenda, tailored emotional problems yet strangely similar goals. Sharing commonality in their desire to eradicate the Seventh Cavalry it is bleak sarcasm, gallows humour and a disregard for pretence which creates a bond. 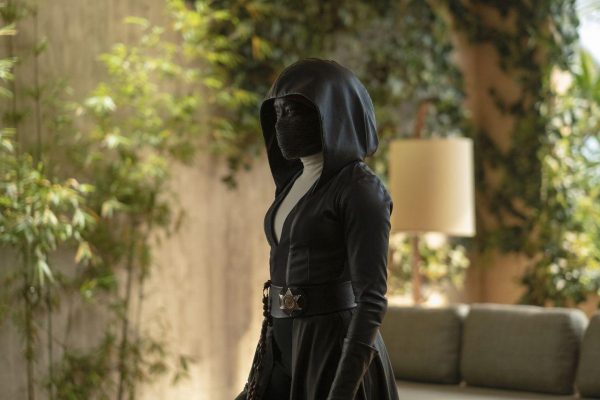 There were many who felt a Watchmen sequel was unnecessary yet within weeks the series has proved compelling stuff. Headed by Lindelof this team of writers has created a grass roots drama with elements of government oversight thrown in. Identity and identity theft sit hand in hand with flagrant comments on gun control, human cloning and American culture shot through with contemporary references. It has become much more than the sum of individual parts yet never grandstands, preaches or offers up conclusions.

Watchmen never judges but merely provides opinion which invites debate rather than giving us closure. It remains hugely watchable, openly contentious and consistently entertaining which is what the subject matter demands.