Tom Beasley examines the naff world of Christmas cinema, and how little that all matters at the most wonderful time of the year… 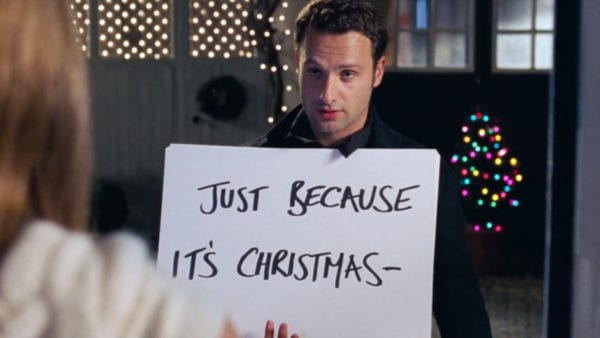 This is a difficult statement for me to make, but I’m just going to come out with it right up top. A lot of Christmas movies are rubbish.

It hurts me to say that, for a number of reasons. Firstly, Christmas is my favourite time of the year. I’m a sucker for the glittery, brightly-coloured camp of the festive season, complete with its canon of silly music and even the shameless corporate indulgence. And secondly, I love Christmas movies. No festive period would be complete for me without viewings of Elf and Love, Actually, while I always enjoy the chance to revisit films like It’s a Wonderful Life and The Grinch.

But I acknowledge that a great number of Christmas films are a little bit naff. They’re not particularly well-acted, deliver generic plots and come with an enormous helping of sticky, sickly cheese. None of that, however, stops them from being brilliant. In fact, it’s often the straightforward silliness and slightly creaky quality of these films that give them their charm. It’s less a case of ‘so bad, it’s good’ and more one of ‘so Christmassy, it’s good’.

Let’s take Love, Actually for example – one of my absolute Christmas favourites. As the backlash of the last few years has made clear, there is an awful lot about the film that is problematic. Everyone knows about Andrew Lincoln’s weird series of oddly aggressive placards, but there’s also the massively distasteful scenes of Kris Marshall meeting only sexually liberated hotties when he travels to America, the film’s insistence on referring to the very normal-sized Martine McCutcheon as fat and the fact everyone is wearing turtlenecks. One of those things may be slightly less concerning than the others. 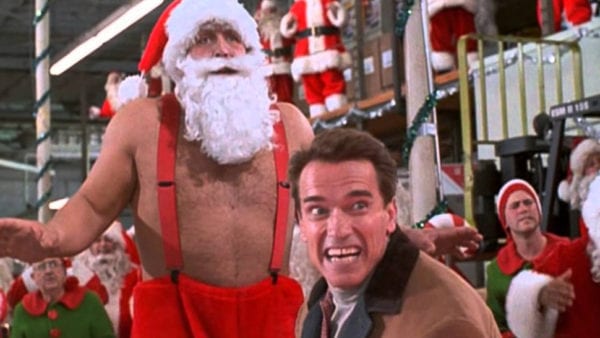 But despite all of those obvious and very troubling flaws, there’s something undeniably charming about Love, Actually. Lest we forget, the movie topped a 2016 poll to find the UK’s favourite Christmas film. And it’s that particular C word that’s behind it all. Christmas has a unique power to make the trashy tolerable and to make the lame lovable. It’s very difficult to get too mad at a film that’s so marinaded in seasonal sweetness.

And that’s the overriding feeling that carries so many Christmas films through to classic status. Without the charm of Christmas, movies like The Santa Clause and Jingle All the Way would be curious and slightly iffy footnotes in the careers of Tim Allen and Arnold Schwarzenegger, whereas they are now among the most memorable films either of them have made. Will Ferrell spent at least a decade doing arrested development manchild roles, but Elf is the one people watch in huge numbers every year.

The best Christmas films embrace the slightly creaky, campy feel of the holiday season. My favourite film of this year – John McPhail’s joyful zombie musical Anna and the Apocalypse – plays knowingly with the naff conventions of the Christmas movie, adding a liberal amount of gore in amongst the red hats and candy canes. Over on Netflix, Kurt Russell has proven himself to be the master of embracing the shonky with The Christmas Chronicles, in which the most conventional of stories is enlivened into something very special by his Elvis-inflected turn as St Nick. 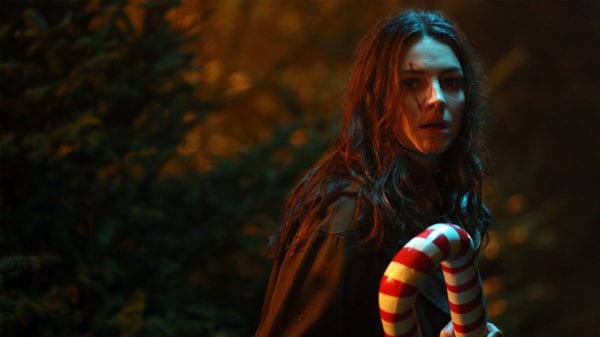 It would be wrong to say that quality standards are lower at Christmas when it comes to movies, but crimes can certainly be forgiven if a film is willing to embrace the inherent emotions and charms of the season. Christmas as a whole is marinaded in cliché and camp, and so are its films. Those of us that love the movies must accept that, at any other time of year, they would all, somewhat ironically, be turkeys.