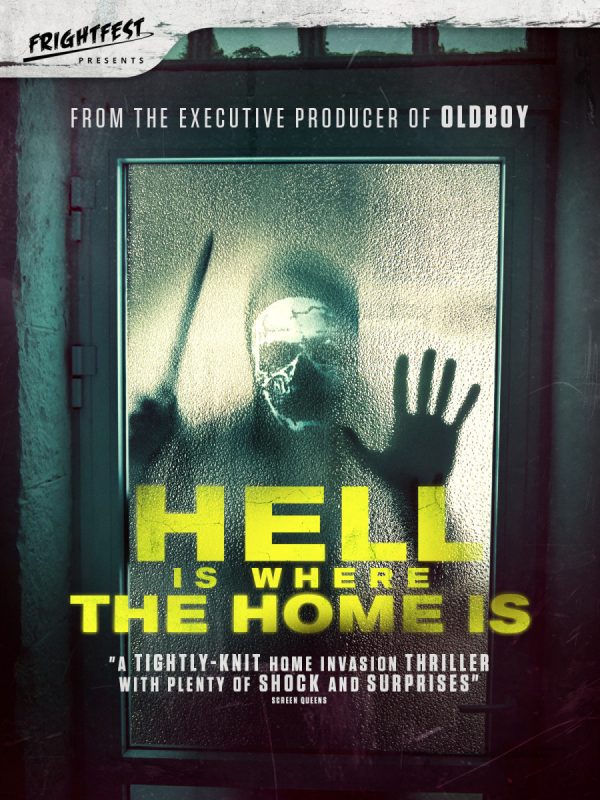 Two couples renting a remote holiday home let in a stranger to call for help after her car breaks down, leading to a night of violence and terror. 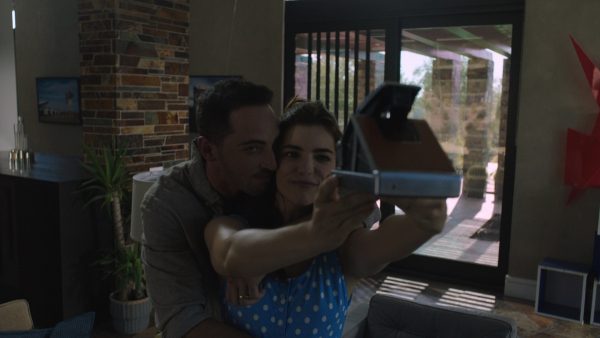 Just when you think there is nothing left for the home invasion genre – an extremely limited genre at the best of times – along comes a movie like Hell Is Where the Home Is, a busy little thriller from director Orson Oblowitz that earned itself a positive reaction when it debuted at the 2018 FrightFest in London.

The central premise is one that is instantly familiar when young couple Sarah (Angela Trimbur – The Final Girls) and Joseph (Zach Avery – The White Crow) arrive at a rented house in the desert for a break. It is clear that there are issues between them and they are here to do some healing but Sarah has invited her friend Estelle (Janel Parrish – To All the Boys I’ve Loved Before) and Estelle’s new boyfriend Victor (Jonathan Howard – Thor: The Dark World) along, much to Joseph’s annoyance. 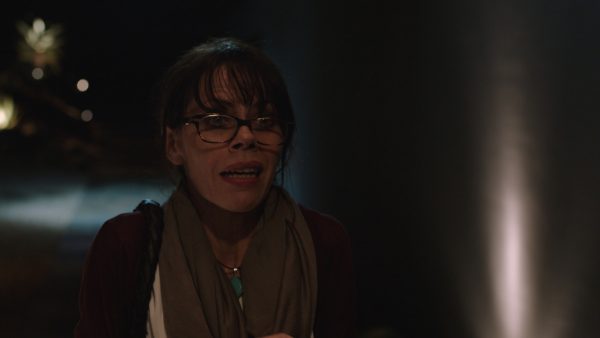 Why Joseph is annoyed we find out but as well as his personal reasons for his behaviour it quickly becomes clear that Victor is something of a loose cannon who likes to party, and as the drink and drugs start to take hold tensions between the two couples begins to rise, a situation not helped when a stranger (Fairuza Balk – American History X) knocks at the door asking to use the phone to call for help. When the nosey stranger refuses to leave things take a turn for the worse as Victor loses his cool, the violence escalates and things get out of control, resulting in an accident that brings everybody’s insecurities to the surface. And then the cops arrive…

Although the plot itself isn’t wholly original it is what Orson Oblowitz, writer Corey Deshon and the actors bring that makes Hell Is Where the Home Is so engrossing. All of the main characters feel real, to the point where sensible Sarah is trying to get the more outgoing Estelle to leave Victor and she won’t, forcing cries of “Why not?” as Victor’s irrational behaviour gets worse and worse. Despite Victor being the sort of person you would go out of your way to avoid he does have his moments where you side with him, most notably when Fairuza Balk shows up with a seemingly innocent request for help and he is the lone voice of reason who does not want to let her in. 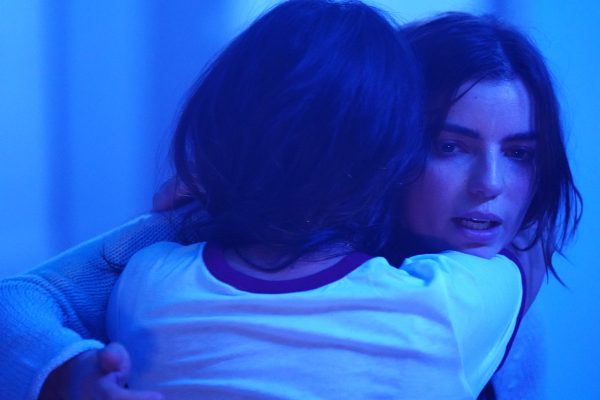 Which leaves Joseph, who may be the most intriguing character of all as he has a backstory that reveals a lot without him needing to say too much. His arc within the story goes through peaks and troughs, and while he is not without blame when it comes to handling certain situations he is the most relatable of all the characters.

And what of the violence that occurs when the two couples receive that fateful knock at the door? Orson Oblowitz isn’t shy about the brutality, although Hell Is Where the Home Is isn’t as relentless as it might have been when it comes to depicting injury, which makes it all the more jarring when something does get pierced, stabbed or shot. When combined with a tense setup, strong performances, plenty of twists, a pulsing electronic score and a director with a stylish eye and a fondness for giallo-esque set design, the results are a tight thriller that is at once both familiar and also attempts to divert expectations. It doesn’t always work, and there may be one twist too many, but overall, Hell Is Where the Home Is is a taut and thrilling home invasion movie that delivers on its setup and proves there is still life left in the genre as long as you know how to tweak it.