Martin Carr reviews the sixth episode of His Dark Materials… 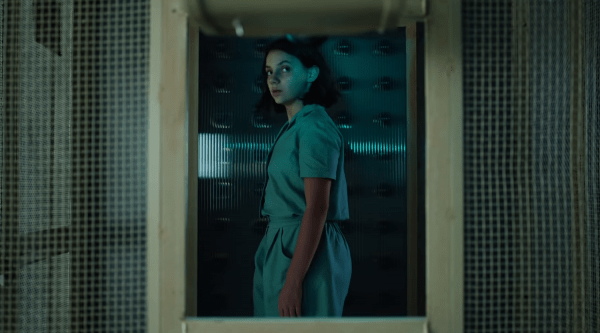 Imagine if someone could strip you of your imagination. That fundamental characteristic which is unique to everyone and helps decipher, define and concrete our point of view from birth. As individual as finger prints more personal than memory and capable of interpreting abstract notions, creating separate personalities and leaving an indelible mark for others. Now consider what you be without it. A dullard incapable of experiencing inspiration and even less equipped to instil it in others. In other words less than human. At the heart of Daemon Cages such arguments rage away underneath the narrative, separate from any drama and aimed principally at organised religion.

Captured detained and stripped of personal belongings episode six opens deep in a North defined by guard dogs, locked doors and infant experimentation. Darkness sweeps into Sunday night television with no apologises for the potentially offended, giving us an insight into theological experimentation on a base level. Debates around the ethics, whispers of dust and traumatised children in the aftermath of separation represent the only evidence that bad things happen here. 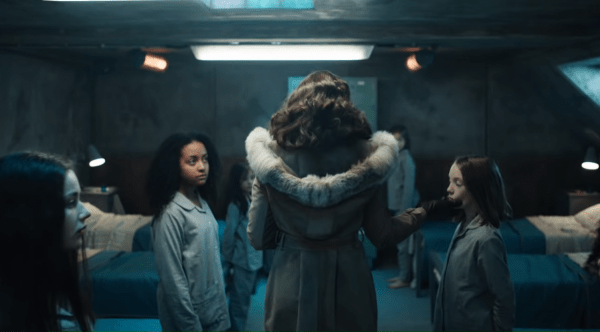 From a dramatic standpoint episode six has rescue missions, armoured bears and chivalrous aeronauts swopping in to save the day. Lin-Manuel Miranda proves resourceful as Scoresby while Ruth Wilson continues breathing cold blooded malice into every piece of dialogue she utters. Sides are taken, witches take action and cliffghasts turn a hot air escape into an encounter with heart breaking repercussions.

Dafne Keen once again dominates the screen without trying while her scenes with Ruth Wilson prove the most riveting. Rita Gedmintas remains a striking addition as Serafina while the Gyptian ensemble provide solid support. Elsewhere essential but fleeting glimpses of Will Parry are slipped in as a reminder that something of importance is simmering elsewhere. Not enough to engage but similarly not enough to dismiss either, you feel that this canvas has only had the briefest of outlines applied. No definition, no distinct details, only an opening whitewash of colour in preparation for the portrait itself. Even now you sense that Jack Thorne is hinting at the breadth of palette at his disposal.