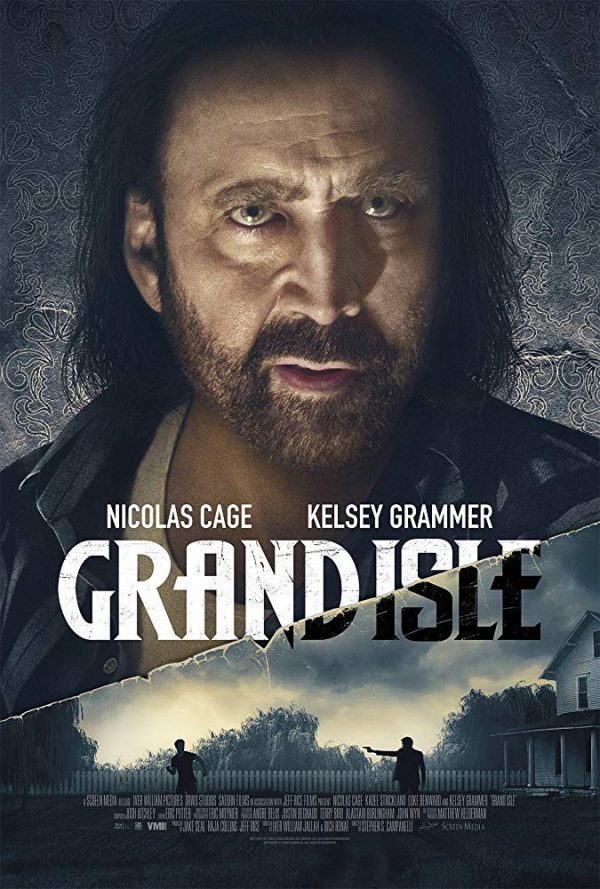 A young father is charged for murder and must prove his innocence through recalling a very twisted and dark night of events. 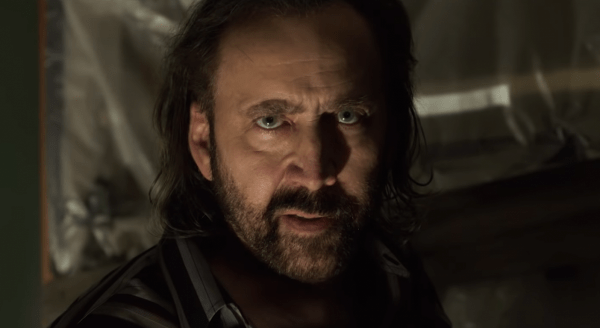 2019 has certainly been nothing if not a stacked year for Nicolas Cage diehards, with the actor starring in six movies, five of which (the exception being the remarkable Color Out of Space) fit within his typical VOD sausage factory wheelhouse.

But the recent Running with the Devil reminded that not all of these churned-out genre vehicles need be completely worthless, even if Cage’s latest sadly proves just how often they are.

Set in 1988, Grand Isle is a southern fried quasi-erotic thriller casting Cage as strung out, alcoholic former Marine Walter Franklin, who lives in a Louisiana abode with his beautiful, sex-starved wife Fancy (KaDee Strickland). When the pair hire a handsome young man, Buddy (Luke Benward), to fix their fence following a home invasion the night before, tensions both sexual and otherwise begin to boil over, leading to an inevitably intense climax.

The opportunity for slick, knowing absurdity speaks for itself with a premise like this, yet the biggest disappointment about this feature from Stephen S. Campanelli – who happens to be Clint Eastwood’s regular steadicam operator – is just how coy it is about embracing its pulpy silliness. Even when inexplicable twists ramp up in the pic’s second half, it’s distressingly infrequent that the movie itself feels in on the joke. 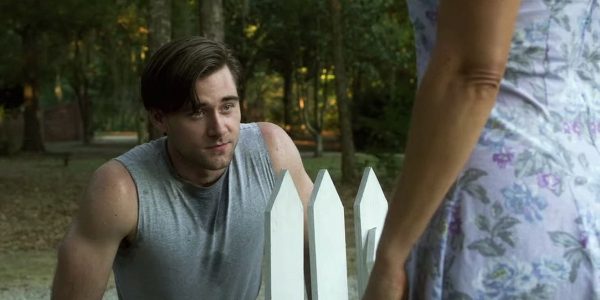 Though an opening chase sequence touts some surprisingly slick camerawork, this thing launches itself off the technical cliff almost immediately thereafter. Between its litany of bizarrely abrupt cuts, badly edited fight scenes, weird music, and hilariously stock gunshot sound effects – all played without even a hint of a wink, no less – it’s certainly one of the more slipshod of Cage’s recent genre streamers.

As for Cage himself, his presence is intermittent though not as insultingly sporadic as in some of his VOD work. He takes advantage of a few now-expected freakout moments, but mostly seems tired, as at least befits the nature of his beleaguered war vet character. The handlebar mustache adds a fun new entry to Cage’s pantheon of wacky hairdos, and he chews his way nicely through one hearty mid-film monologue, which is about as good as things ever really get.

If Running with the Devil saw an hilariously game Laurence Fishburne roped into the party with Cage, this time it’s Kelsey Grammer, who appears in the film’s howlingly cliched frame narrative, where Grammer’s Detective Jones is grilling Buddy about what went down. The Frasier star spends almost the entirety of his screen time in a single room, blatantly confessing both the movie’s slack budget and the likelihood that Grammer was on set for all of maybe two days. 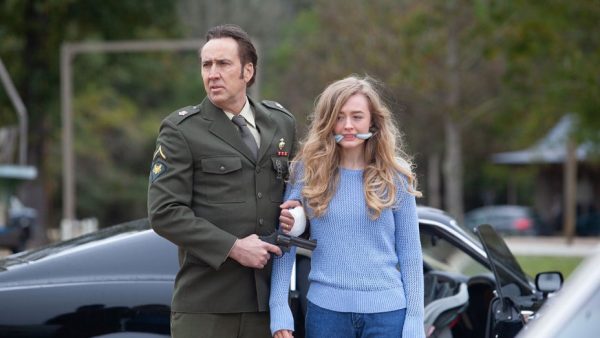 Easily the most alluring performance in the entire movie is KaDee Strickland as Fancy, bringing a flustering sexual energy to the fore every time she’s on screen and keeping things at least functionally watchable in the process. With her rootin’ tootin’ southern accent and dolled-up appearance, she learns hard into her thirsty seductress role, and musters the closest thing to screen presence here.

Lacking even the basically compelling eccentricity of Cage’s previous kinky thriller Beyond Worlds, this just might be one of his worst-ever straight-to-streaming vehicles, which is obviously saying something. Nicolas Cage obsessives – this one included – will feel obliged to sit through Grand Isle, though it ultimately embraces its sexy-campy potential all too rarely.