Strange occurrences plague a small town detective and his family as he investigates the disappearance of a young boy. Adam Randall’s I See You doesn’t play by structured narrative rules. Thanks to a script by Devon Graye, we’re treated to elements of a murder case that are purposely misplaced as to alter perspectives. A cheating housewife, local child disappearances, “Phroggers” – all pieces to a larger criminal puzzle sliced apart by slasher influences. Without subverting straightforward narration, Randall isn’t handed much more than home invasion influences endangered by true crime undertones. As is? Imagine splicing together Adam Mason’s Hangman with any syndicated missing persons procedural. One aspect better than the other, in my opinion.

The film mainly takes place within Jackie (Helen Hunt) and Greg Harper’s (Jon Tenney) household. Jackie spends her days pleading to be forgiven for cheating on Greg, while Greg is busy investigating a local string of missing child reports. Son Connor (Judah Lewis) lashes out with raw aggression at the mother who “ruined everything,” but as Greg’s case complicates, his entire family finds themselves sinking into madness. Jackie’s adulterous partner comes knocking, Greg’s detective work reaches dead ends, and Connor learns what “Phrogging” means. The hard way, no less.

To expose how each subplot intertwines would spoil anticipation, given how watching the same actions from different angles exposes details in an intriguing manner. What we’re essentially shown is the same 40-minute movie from two vastly varied viewpoints, both unraveling their own mysteries. One as a Harper clan member, when their domicile becomes an uncomfortable domain. The other from Alec (Owen Teague) and Mindy’s (Libe Barer) voyeuristic peeping, two professional “Phrogging” wall-livers who pick the Harpers’ affluent suburbia McMansion as their latest “pad.” For those unaware, “Phrogging” refers to vagabond types who sneak into houses and live out of sight for days at a time (sleeping in crawlspaces, hiding in guest rooms, so on). 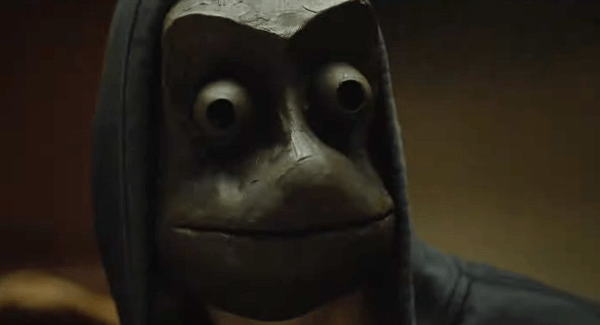 Before following the Harpers’ uninvited guests, I See You could be any subgenre crime thriller. Which, in my mind, is fully intended. We’ve seen these beats before: appliances magically turn on, pictures go missing – noticeable stalker horror. Thematic darkness slowly creeps into focus as a killer remains uncaught and clues allude to possible suspects. It’s a lot of Helen Hunt getting yelled at, panicking as her homemaker mother attempts to temper outbursts with hot pancake stacks and fake smiles. Not the film’s more engaging half, but a curious depiction of broken families told with ample unease.

What’s revealed when Alec and Mindy’s narrative takes over is where my interest spikes. Red herrings expose themselves while Mindy attempts to teach Alec about “Phrogging,” yet her accomplice seems more entertained by tormenting the Harpers. Is that why he brought along his creepy “frog” mask? Of course. Yet there’s nothing conventional about Randall’s Housebound scenario, as an even more despicable reality builds into shape. Three different narratives collide while assumptions are torn to shreds in front of our eyes, like a lesson in cinematic command promoted by whoever’s telling the story at any given period.

I See You is best when posturing in full horror mode, be it lurking figures or visions of a true monster. As alluded to, Alec’s frog mask – this monochromatic face with bulgy eyes; “Momo Challenge” reminiscent – gets used as an accent on a hooded figure. Skulking around, provoking that slasher vibe I mentioned above. Whether the lurking deviant has any connection to Greg’s suspect remains the script’s biggest question, but that doesn’t stop paranoid cast members from conjuring up a palpable sense of dread and discomfort. Plotted expectancies that benefit from out-of-the-box illustrations. Certainly never wasting setups where tension comes full circle. 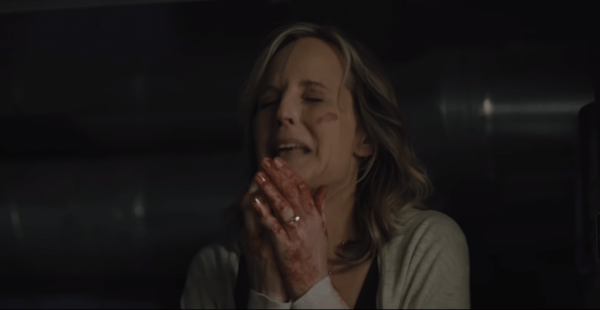 For a beast with this many heads, I See You somehow keeps each mouth from snapping at the others. It’s a film that hinges heavily on third-act execution, as what you’re fed turns out to be nothing but misleading optics and tasty lies. Maybe not the most unexpected by the time police tape is cleaned away, but Adam Randall’s wrangling of multiple subplot offshoots ensures a beguilingly nasty journey. What’s said about hiding in plain sight cannot be understated, which may be the film’s scariest message of all.