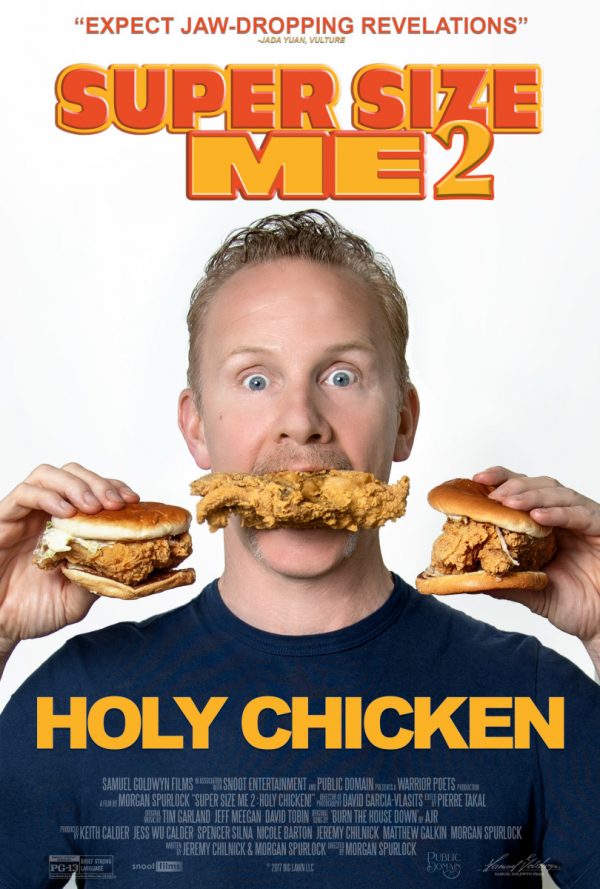 Morgan Spurlock explores whether the fast food industry has changed since Super Size Me by attempting to open his own fried chicken restaurant. 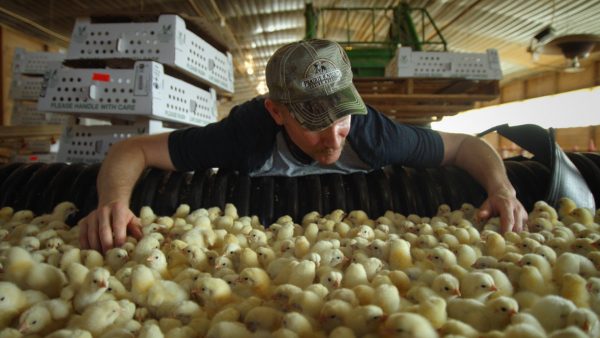 Before diving in to a review of Holy Chicken! – Morgan Spurlock’s follow-up to his widely beloved 2004 McDonald’s documentary Super Size Me – there’s a discussion that needs to be had. The reason this film is being released quietly in the UK, two years after it first premiered at the 2017 Toronto International Film Festival, is that Spurlock admitted to several instances of sexual misconduct in December of that year. YouTube Red dropped the movie from its distribution schedule and it seemed likely never to arrive, but it has now popped up for a VOD release in Britain.

Spurlock’s deeply problematic personal conduct aside, Super Size Me 2 picks up the world of fast food more than a decade after the director’s stunt of eating McDonald’s every day. He asks whether the increase in “healthy” options means the industry has changed and decides that the best way to answer that question is by opening a restaurant of his own. He has soon gained access to a chicken shed and bought a few thousand chicks to raise for slaughter. 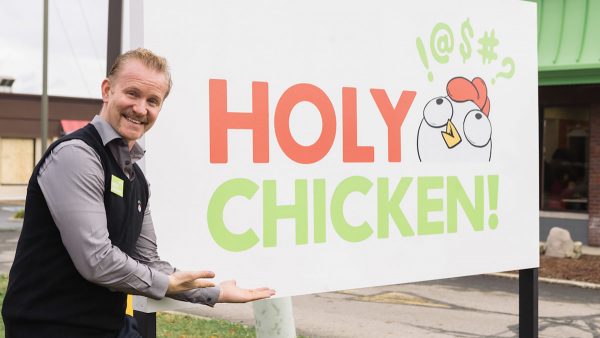 There’s a rather unpalatable smugness to Super Size Me 2, which is all the more unpleasant given what we now know about Spurlock as a person. He evidently considers himself to be the star wattage at the heart of this story and seems a little overly pleased with the way his exploration of these issues pans out. Most notably, a scene in which he is shown visiting a McDonald’s “for the first time in 12 years” is milked for every drop of self-referential silliness possible.

However, the issues at play here are bracing and well worth exploring. The film takes aim at the very low bar food companies need to vault in order to make various labelling claims – “free range”, in particular is an eye-opener – as well as the nonsense of putting so-called “health halos” around fat-filled dishes. It depicts the ways in which the industry has moved on, as well as the ways it absolutely hasn’t, despite the amount of green paint and pictures of farms on the walls of today’s fast food outlets. 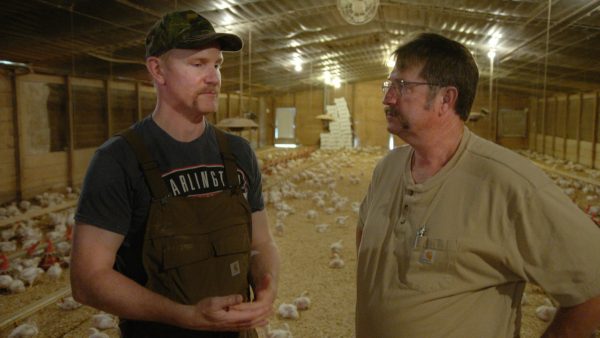 But in amongst all of these interesting revelations, there’s a lot of Spurlock being smug. Much like Michael Moore – who also sequelised one of his biggest hits with last year’s Fahrenheit 11/9 – his own shtick often gets in his way. The more lovable character, in fact, is chicken farmer Jonathan Buttram, who risks the ire of Big Chicken – a less ridiculous proposition than you might expect – by letting Spurlock use part of his land and by speaking out against the industry for holding down smaller farmers. There’s one particular moment in which Buttram and his son break down in tears, realising the younger man might not go on to inherit the family enterprise.

Spurlock’s film doesn’t always find room for this sort of humanity, focusing instead on the director’s “gotcha” stunt of putting together a fast food restaurant which is honest about where the food comes from and how it is cooked. The fact it’s still full of people consuming the produce happily is something the movie almost comments on with a sense of irony, but it never quite has the sophistication or nuance to manage that. Holy Chicken! has some ideas, and many of them are good, but it’s driven by a director-star who constantly gets in his own way.