One of the biggest talking points of Star Wars films has always been the epic lightsaber duels whether it is Obi-Wan Kenobi and Qui Gon Jinn vs Darth Maul in The Phantom Menace, or Anakin Skywalker vs Obi-Wan in Revenge of the Sith, or Luke Skywalker vs Darth Vader at the end of Return of the Jedi. 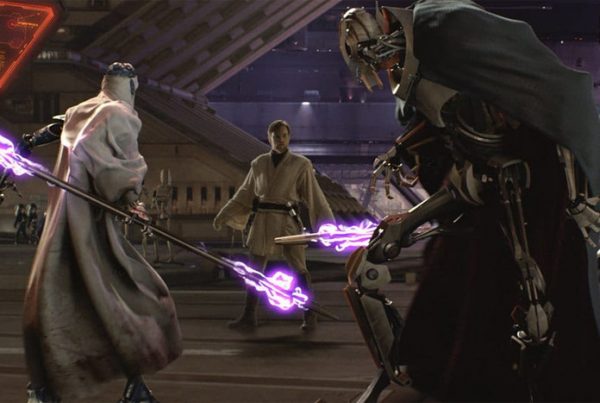 However, according to stunt coordinator Nick Gillard, who helped choreograph the duels in the Prequel Trilogy, director George Lucas cut an amazing sequence from Star Wars: Revenge of the Sith that saw Ewan McGregor duel in a six-on-one handicap against General Grievous and his bodyguards.

Gillard explained to Entertainment Weekly, “It was the most complicated fight we ever did, and George [Lucas] said, ‘I’m really sorry, I’m going to drop a container on five of them!'”

Furthermore, Gillard explained McGregor trained for weeks to learn the choreography for the sequence before they started starting running out of time while filming. Therefore, Lucas decided to cut the fight scene and kill Grievous’ bodyguards by Obi-Wan crushing them with the force by dropping a container on them. 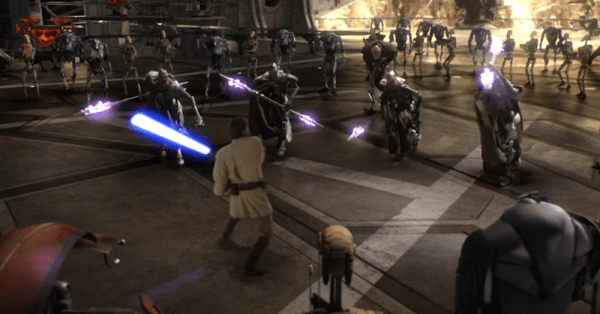 Do you think it was a good idea to cut the six-on-one duel from Revenge of the Sith? What is your favourite lightsaber duel from the Saga? Let us know in the comments below or tweet us @flickeringmyth…