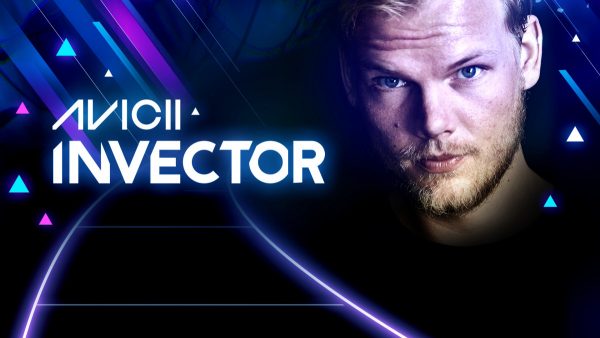 In co-operation with Bergling’s estate, the game is now being re-released as AVICII Invector for PC, Xbox One and eventually Nintendo Switch, complete with an extra setting, three additional songs, and an updated UI – all of which arrives as a free update for owners of the original PS4 release. Furthermore, 25% of the game’s royalties will go directly to the Tim Bergling Foundation, an organisation tasked with de-stigmatising mental health issues.

And while AVICII Invector might err a little on the lighter side of difficult for committed rhythm game fans, it is nevertheless one of the most stylish entries into the genre, and serves as an undeniably poignant and heartfelt tribute to its late subject.

The game’s “story” mode tasks players with working their way through 25 of Avicii’s biggest hits, while guiding a space pilot named Stella across a series of six phantasmagoric worlds. The beauty of the game is you needn’t know a thing about the musician to appreciate the peppy, infectious beats he brings to the table. Though one would hardly call the soundtrack especially diverse, there are some sure bangers among the bunch, lending a hypnotic “just one more” quality to play. 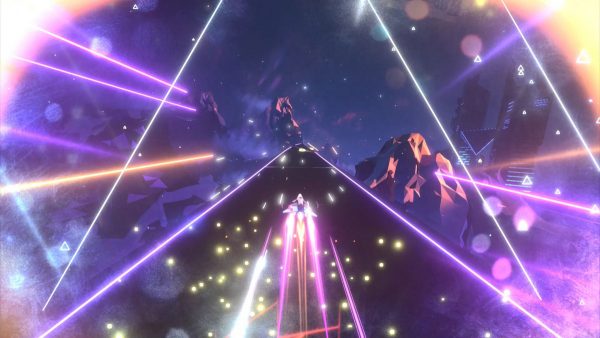 Gameplay is almost as reminiscent of Thumper as it is Guitar Hero, with players piloting a spaceship which is launched down a highway while they’re required to perform the usual button presses in time with the indicated markers.

In addition to basic button prompts – the timing windows for which are extremely generous – players will also need to rotate their ship around as requested, adding a slightly greater degree of challenge to a game that, even on “Hard” difficulty, never saw me drop below the 75% completion threshold (which, brilliantly, is listed on screen at all times, rather than having to rely on a nebulous, Guitar Hero-style progress meter).

In that respect AVICII Invector might best be recommended to Avicii fans more than rhythm game nuts, if only because their appreciation for the man’s music will almost entirely mitigate the rather slack challenge on offer. It’s also worth commenting that the game commits the all-too-common rhythm game sin of gating the hardest difficulty for each song off until you’ve beaten them on Normal first, which just feels like an arbitrary obstacle to anyone with a fair degree of skill.

That said, if Hello There patched in an Extreme difficulty, I would certainly be compelled to return. But otherwise, after spending around four hours completing the game on both Normal and Hard, there’s not too much of an incentive to keep playing.

The game absolutely deserves credit, however, for its spectacular presentation; even if the cartoonish cinematics between songs aren’t up to much, the moment-to-moment traversal across these six worlds – whether a celestial expanse in space, an ice planet, or a forest locale – is eye-wateringly beautiful. Played in 4K, it’s certainly one of the most artful and aesthetically appealing rhythm games I’ve ever played, and the tidy presentation absolutely held my attention even when the too-easy notation didn’t. 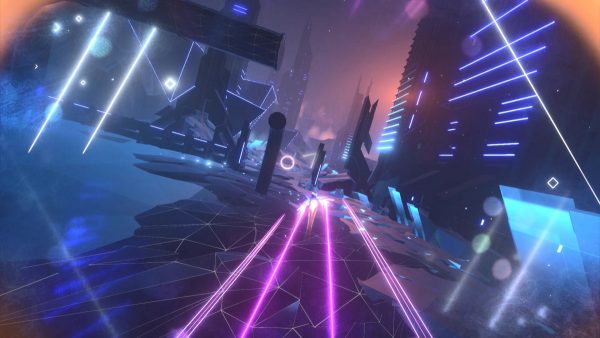 More definitely could’ve been done with these environments, though; you’ll occasionally be allowed to go off-piste during fill sections and fly through a series of purple rings for more points, but mixing this up with some freestyle elements would’ve been a fun way to diversify the otherwise fairly repetitive loop across songs. A little extra visual feedback for hitting or missing notes wouldn’t have gone amiss either.

AVICII Invector also offers a half-impressive, half-frustrating multiplayer mode, in that it supports four-player competitive play locally – a sure rarity these days – but disappointingly, there’s no online play to be found whatsoever. Though it’s easy to see how the online leaderboards could become ferociously competitive if the game finds an audience, actual toe-to-toe online play would’ve been a killer addition.

If, as a fairly confident rhythm game player, AVICII Invector falls a few stops short of being fully satisfying, you can’t fault its noble heart nor the breezy entertainment value it offers. There is absolutely no doubt that this game was made as a loving tribute, and amid its surprisingly melancholic tracklist of songs about death and loneliness, it is probably the most emotional game of its kind you’re likely to come across.

Though not nearly challenging enough for veterans of the genre, as a persuasive tribute to Avicii this affecting rhythm romp is tough to argue with. 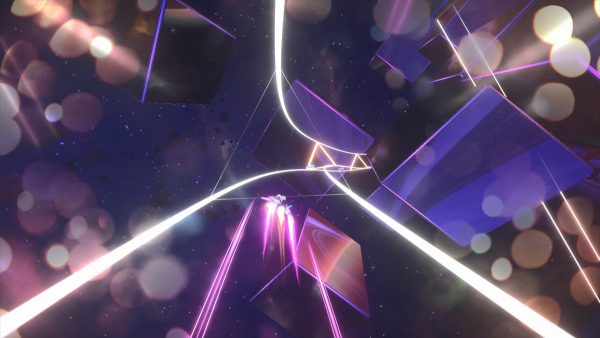 Reviewed on PC (also available for PS4 and Xbox One, with a Nintendo Switch release to follow in 2020).