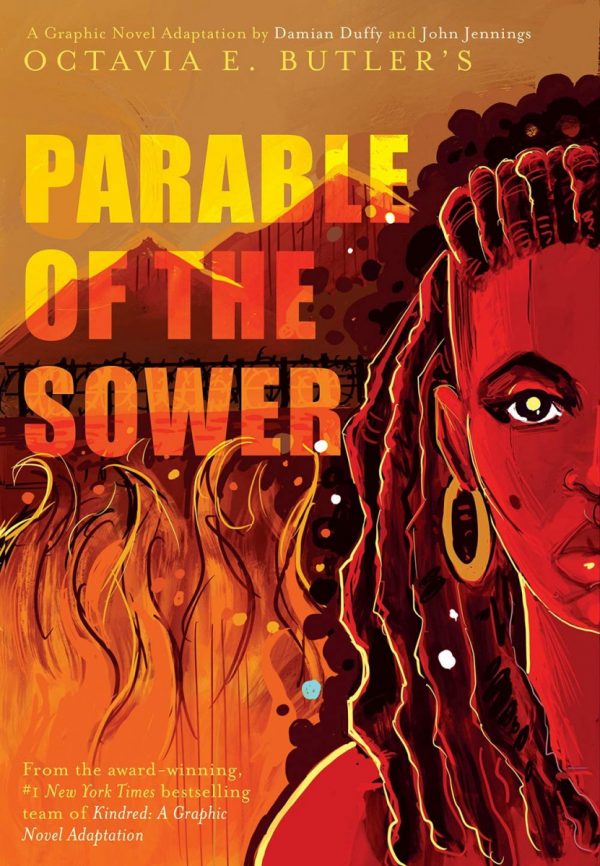 Octavia E. Butler just might be the greatest science fiction writer of all time. She’s even been called the “grand dame of science fiction”. Butler’s writing bridges speculative fiction, race, politics and gender with a dash of dystopian drama to create unforgettable worlds that has a way to feel realistic and eerily modern. This month, on January 28th, fans of Butler and new fans alike will get the opportunity to buy the graphic novel version of Parable of the Sower.

Butler has been given a new fanbase thanks to Damian Duffy and John Jennings who are the award-winning team who also is behind the #1 bestseller Kindred: A Graphic Novel Adaptation. Kindred is considered a science fiction masterpiece and now the critically acclaimed graphic novel Power of the Sower sits next to it. At New York Comic Con 2019, I was given an unedited, black and white version of the graphic novel. Like Kindred, Parable of the Sower it is incredibly intense and emotional. Before Duffy and Jennings dared to take her words to create graphic novels out of them, I for one never thought it would be possible. As a fan of Butler, it’s hard to imagine not reading each and every word she wrote in her stories but Jennings (the illustrator) has captured her words with visual imagery in such an afrofuturistic, horror-esque way that the images jump off the page with every turn.

Parable of the Sower follows the story of a futuristic America set in the year 2024. The country is failing its citizens and is experiencing heighten environmental and economic crises.  These issues eventually create social chaos.  The main character, Lauren Olamina is the daughter of a preacher who is living in Los Angeles that is protected from the outside world because she resides in a gated community. However, that all changes after an evening of fire and death and she has to go into survival mode if she wants to live. The story follows how she navigates after that intense evening and the birth of a new faith is revealed.