Dark Horse Comics has announced the upcoming release of Alien: The Original Screenplay, a comic book adaptation of Dan O’Bannon’s original draft of the script that would become the Ridley Scott-directed classic sci-fi horror movie. 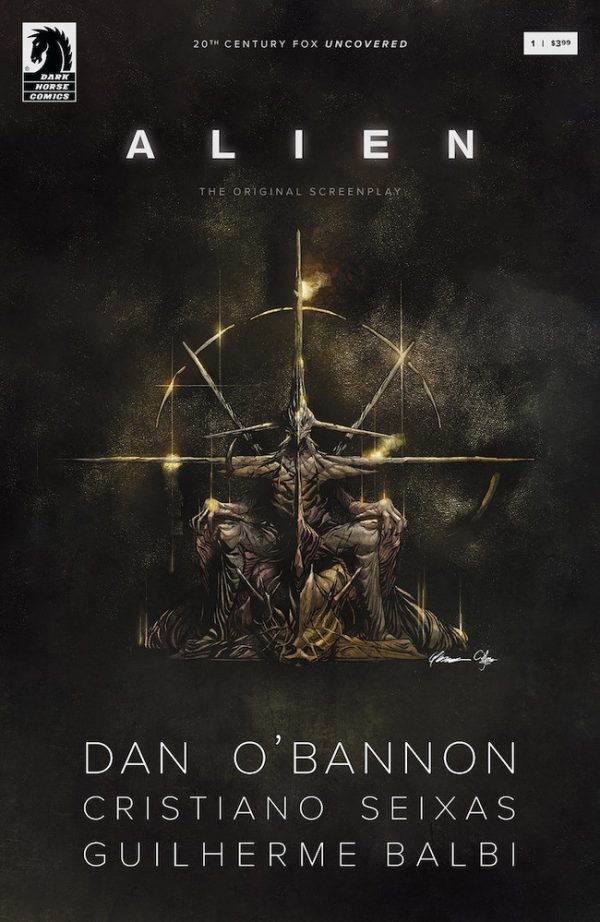 Written by Cristiano Seixas with art from Guilherme Balbi, the five-issue Alien: The Original Screenplay presents an alternate line of events initially conceived by Dan O’Bannon before it became the Alien motion picture manuscript.

En route to back to Earth, the crew of the starship Snark intercepts an alien transmission. Their investigation leads them to a desolate planetoid, a crashed alien spacecraft, and a pyramidic structure of unknown origin. Then the terror begins…