After finishing a successful festival run with screenings at Shriekfest, HorrorHound Film Fest, NYC Horror Film Fest and Dublin’s Horrorthon Film Fest the supernatural horror film, Camp Cold Brook is getting a theatrical and VOD release from Shout! Studios February 14th. The film is directed by Andy Palmer and executive-produced by Joe Dante, whose filmography boasts a clutch of horror classics, including Piranha, The Howling, and Gremlins. It stars horror veterans Chad Michael Murray (House of Wax), Danielle Harris (Halloween 4 & 5, Urban Legends), and Courtney Gains (Children of the Corn). Also adding to the long list of creatives who specialize in this particular genre is composer Chad Rehmann. Rehmann has scored such titles as Badlands of Kain, Find Me and the cult classic The Funhouse Massacre to name a few. Ahead of the film’s release, we spoke with Rehmann about everything from working with director Andy Palmer to what goes in to crafting the perfect horror score. 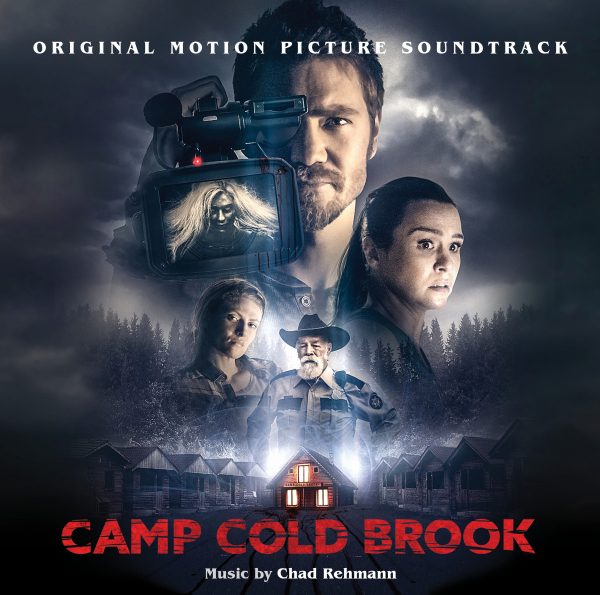 How did you first become involved with Camp Cold Brook? What did you do to prepare?

Camp Cold Brook is my fourth film with Andy Palmer (director) and given our working relationship I knew that he’d be open to some experimentation with the score. One of the first conversations that we had about the score was this idea of incorporating sounds that one would hear in a camp into the score. Before a note was written, my team and I spent a couple of weeks processing recordings that we had made of splashing water, twigs breaking, windows creaking, swing set chains, static from walkie-talkies and similar objects. I even recorded my own children screaming (which they absolutely loved doing in the studio!) Another fun experiment was recording different bugle calls that one might hear at camp, and slowing them way down to create some of the droning sounds heard throughout the score.

Scoring Camp Cold Brook was like writing music for two different films at the same time. It was decided early on that the score could assist in differentiating between the two different worlds that the audience is presented with – the world outside the camp and the world inside the camp. For all of the scenes that take place outside of the camp, a more traditional orchestral score was written and recorded. For all of the scenes that take place inside the camp, a more avant-garde score was created using the palette of sounds that were created out of the objects described above, as well as using traditional instruments in non-traditional ways. Because of the flashbacks and unique sonic worlds created for each location, the walls of my studio were covered in diagrams and flowcharts to make sense of it all! 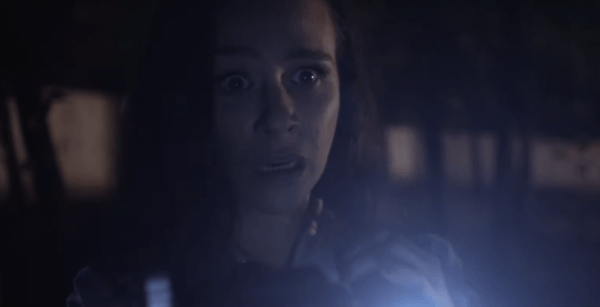 You have worked with the film’s director, Andy Palmer, a few times now. Because of this, did he give you a lot more freedom to experiment with different sounds for the film?

One of the aspects that I love about Andy as a director is that every time I come to him with an idea his immediate response is, “Let’s try it”. Sometimes it works, sometimes it doesn’t – but, to be given the opportunity to explore and create without boundaries or hesitation is a gift.

What were your initial impressions of Andy as a director?

I actually met Andy by cold calling him! About 6-7 years ago I reached out to inquire about a film he was working on that looked interesting. At that moment he happened to be coming out of a meeting where he and his producing partner were just discussing how to find a composer for the film. I pitched some ideas and a demo and we’ve been working together ever since. My initial impression of Andy as a director was how relaxed and open to ideas he was…always allowing the creative people on his team to do what they do best and trusting the process.

Camp Cold Brook is a horror film, how is scoring horror projects different than scoring other projects?

Because I was trained as a contemporary composer for the concert hall, I was always taught to push boundaries and experiment. Horror films allow me to do that. While there are instances where a composer can explore and experiment in other genres, horror films have always allowed me the most opportunities to try new things.

What’s interesting about your career is you have scored a lot of holiday films and horror films, which are on the complete different ends of the spectrum. Why do you think your work resonates so much with these two genres?

My wife is not a fan of horror films at all, and I have three small children – so, it’s interesting that I’ve found success in something that no one in my family will watch! I have been fortunate, however, to score darker films for directors and production companies that also create more family friendly entertainment. Because of my relationships with them, many have given me the shot to prove I’m not just a horror/thriller guy. Right now, in fact, I’m in the middle of scoring two back-to-back projects with The Ninth House – the first one is a thriller, then I get a couple of days off, and then we jump right into a Christmas film! While the genres couldn’t possibly be further from each other, to me it’s all still just storytelling. There are only 12 notes, and no matter the genre it’s my job to put those notes together in a way that helps directors tell their story.

Another film of yours, The Funhouse Massacre, garnered a cult following a few years back. Why do you think people were so drawn to it?

The response to that film was phenomenal! Even this past Halloween you could still find people on social media dressing up like the characters from the film. I think it resonated for those who are nostalgic for the old slasher films – and, Andy was able to get Robert Kurtzman to do all of the effects, which just added another coolness factor for those in love with the horror films from the 80s and 90s. That’s another perfect example of Andy saying “Let’s try it”. I remember playing him some tracks from Metallica’s S&M concert with the San Francisco Symphony and asking him to consider a metal meets orchestra score. He said “Let’s try it” and the rest is history! 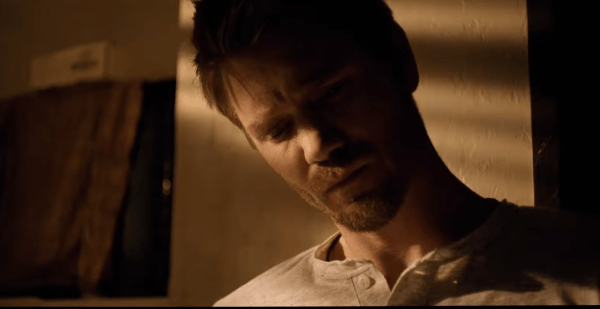 Are there any recent TV or film scores that have particularly stood out to you?

I love the work that Michael Abels did with Jordan Peele and Jason Blum, and I’m a huge Marco Beltrami fan. And, even though it took me a couple of years to admit it publicly, my wife got me hooked on This is Us and I am in love with Siddhartha Khosla’s work on that show.

Ironically, even though I’ve spent my career writing horror/thriller music as well as Christmas music, those two worlds have never met. So, maybe a Christmas horror movie? It’s been done before! In the horror world, I’ve always been impressed with the creative control that Blumhouse gives its directors and would love the opportunity to collaborate on one of their projects. And, of course, my children would love for me to score an animated film! No matter the genre, though, if it’s a good story I want to help tell it.

Many thanks to Chad Rehmann for taking the time for this interview.