Laura Jorden chats with acclaimed director Marielle Heller about her latest film A Beautiful Day In The Neighborhood, the “radical” Mr. Rogers, and working with Tom Hanks… 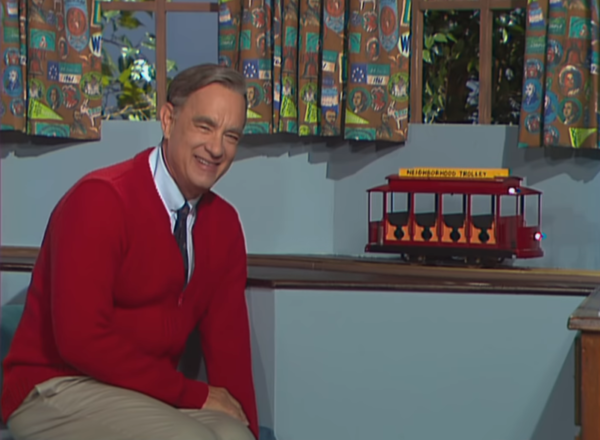 When Lloyd Vogel, a tough investigative journalist, is assigned the bizarre task of profiling Children’s TV presenter Fred Rogers – a.k.a. Mr. Rogers, a beloved father figure to millions, he approaches the interview with deep skepticism – finding it hard to believe that anyone can have such a good nature, but Rogers’ warmth, empathy and kindness soon chips away at Vogel’s jaded outlook on life, forcing the reporter to examine his beliefs and reconcile with his own painful past. Flickering Myth’s Laura Jorden caught up with director Marielle Heller to discuss the new film A Beautiful Day in the Neighborhood, starring Tom Hanks as Mr. Rogers.

What was your own relationship with Mr. Rogers, as a child, parent, and filmmaker?

I grew up like every good child of the 70’s or 80’s watching Mr. Rogers but, it’s like you watch him before you were forming memories, which is why I think it’s a very visceral emotional experience for those of us who grew up with him. You see the show recreated and you just get transported back to your childhood, it’s like, oh my gosh, you forgot these details. Like a lot of people thought, “Oh he was just nice,” then as a parent rediscovering him and realizing, “oh no, he was radical, he was very ahead of his time.”

It was such a pet peeve of mine the way people would speak to my kid, almost like he wasn’t a person, condescending and like he didn’t have any value, his feelings didn’t matter, and that’s the exact thing Mr. Rogers wanted to help kids with, to get the tools to process their feelings, and then you realise how few of us have those tools. That’s where I think our misconception about him is so interesting, as we think he was just kind but it’s the opposite; he was challenging, he was asking kids to go deep and he was pushing people to go to the places where they were uncomfortable. 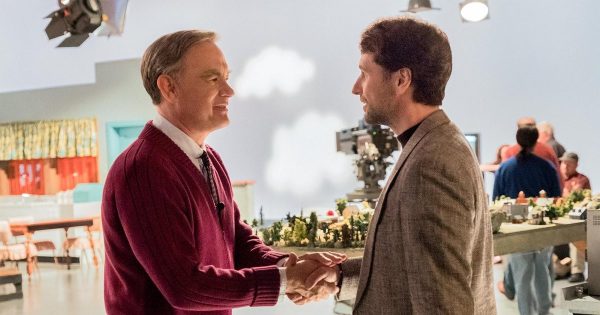 A Beautiful Day stands out for using the overall structure of actual Mr. Rogers episode to engaging effect. Was that format always in your mind from the beginning or did it evolve over time?

Yes that was the writers who came up with that structure and it was always there from the beginning and I loved it immediately because I thought it just had a surrealist bent to it. Great, this is all just one big episode of Mr. Rogers for adults, I get to play with time and emotional reality vs literal reality which I always appreciate, and his show was sometimes totally surreal. As make-believe is such a part of life, you can just imagine as a journalist if you were really embedding yourself in with somebody, watching hours and hours of all these puppets and hours and hours of his show that it would just start infecting your brain and you would start to be dreaming about these people and feeling like they were there. I felt that way working on the movie, like I’m seeing things from Mr. Rogers everywhere.

The nonlinear approach to A Beautiful Day not only gives the film a unique charm and voice but, had that not been the case, then it simply wouldn’t be a Marielle Heller movie.

I wouldn’t have done it, there was no way. I was very clear with everybody, there were moments when I felt like people wanted it to be more of a biopic and I said I would never have made this movie if it was going to be a biopic. And it’s my own personal taste, I’m just not that interested in biopics.

A traditional biopic might have been pretty redundant, as the facts of Fred Rogers are well established not only within Mr. Rogers’ own celebrated life as one of America’s most beloved children’s TV presenters but, more recently in Morgan Neville’s critically acclaimed 2018 documentary, Won’t You Be My Neighbor, which Marielle describes as…

A wonderful companion piece as it’s so different. They make a really good double feature. 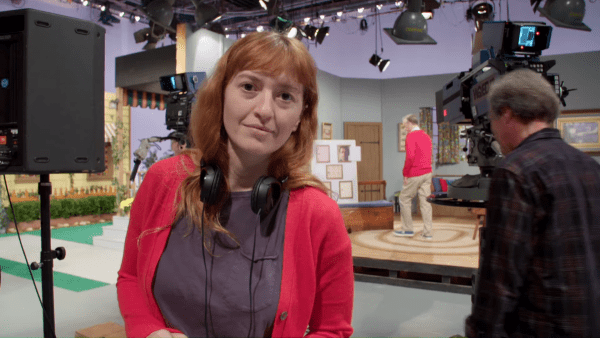 It’s also worth noting that without this surrealist, nontraditional angle another actor would have been wearing Mr Rogers’ famous cardigan and shoes, as it was a key reason Tom Hanks agreed to portray Fred Rogers [always the writers, first choice Hanks had already turned down the role before Marielle approached him with her vision for the film and Tom happily jumped on that trolley to the land of make-believe].

[Tom] really cares about filmmakers and believes in filmmakers’ visions. He is very clear about feeling like the director is the captain of the ship. I am here to enact their vision and if he likes and trusts the filmmaker then that’s why he wants to do a movie, and he had that feeling about me after watching my first movie. It’s incredible that everybody from the beginning was like, “Tom Hanks is doing this movie because of you,” such an amazing feeling.

What were the best and worst aspects of directing one legend in Tom Hanks as he embodied another legend in Mr. Rogers?

I had to get over the fact that I was going to be directing him because I’m a pretty hands-on director and I like to be in it with the actors. Whether they’re a day player or the lead actor or a movie star I do tend to try to view everybody the same, nobody gets special treatment from me, but then you look at Tom Hanks and you’re like I have to forget this is Tom Hanks a little bit.

Tom is such a team player, 100%. He’s always on set he’s not somebody who goes and hides in his trailer if you say “I wanna do another take”, he goes “great, I’d love to do another one,” every time. So hardworking and genuine as he just loves the work, he really really loves the work, and he’s not one of those actors who kinda comes in and is like “I’ll do my thing and then I’ll leave.” He’s still got that voraciousness. He’s so much funnier and quippier than you’d expect him to be like he’s not just Mr. Nice Guy, he’s really rambunctious and always cracking jokes, but he’s really hard working. It’s a singular quality, it’s not something you see all the time, and the level of skill that goes into his craft is pretty amazing. 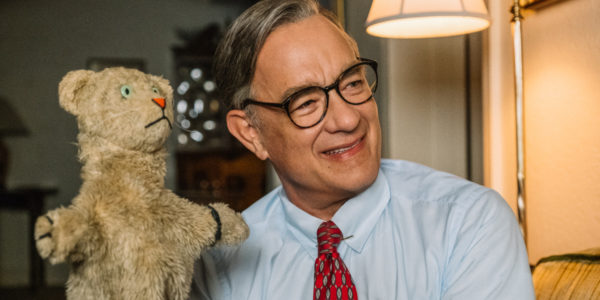 Finally, what’s your favourite scene in the movie?

I have a few but one of my favourites sequences is where Lloyd comes in to watch the scene being filmed, the camera pans over to find Mr. Rogers puppeteering Daniel behind the clock, and we have all of these multiple layers happening of the show being filmed but Fred is crouched down and really concentrating on looking at this monitor and this puppet singing live and it’s affecting Lloyd in a very deep way. We were zooming in on Tom and he didn’t know I was zooming in on him so he’s just concentrating really hard on everything he was doing.

It was a pleasure to meet you Marielle, thank you so much for taking the time to speak to us.

It was my pleasure, thank you.

A Beautiful Day In The Neighborhood is released in UK cinemas on January 31st. You can read our ★★★★★ review of the film here.