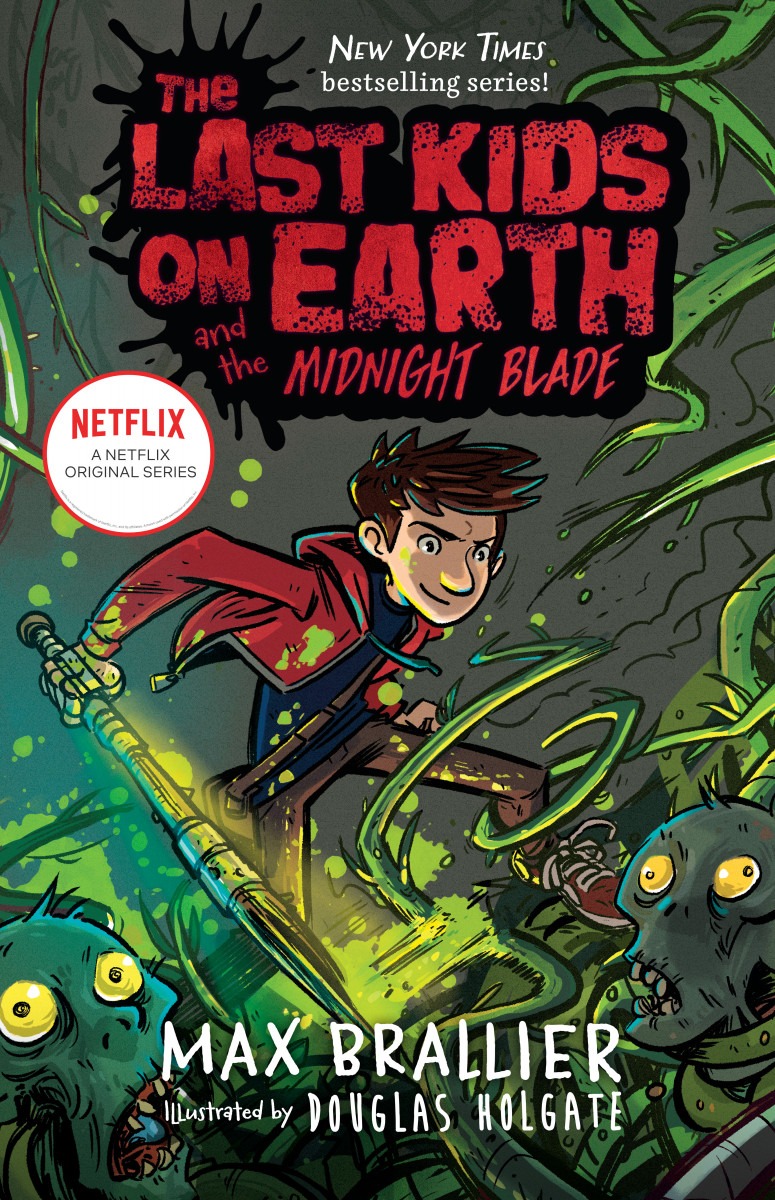 Max Brallier, A New York Times and USA Today best-selling author, has penned over 30 books geared towards both youth and adult audiences. His books and series include The Last Kids on Earth, Eerie Elementary, Mister Shivers, Galactic Hot Dogs, and Can YOU Survive the Zombie Apocalypse?.  The story of The Last Kids on Earth debuted last September as an animated series on streaming platform Netflix.  Brallier serves as the creator and executive producer of the Netflix series, and has had a heavy hand in writing much of the script and developing the storyline.  Flickering Myth’s Tai Freligh caught up with him to chat about his books and the new Netflix series. 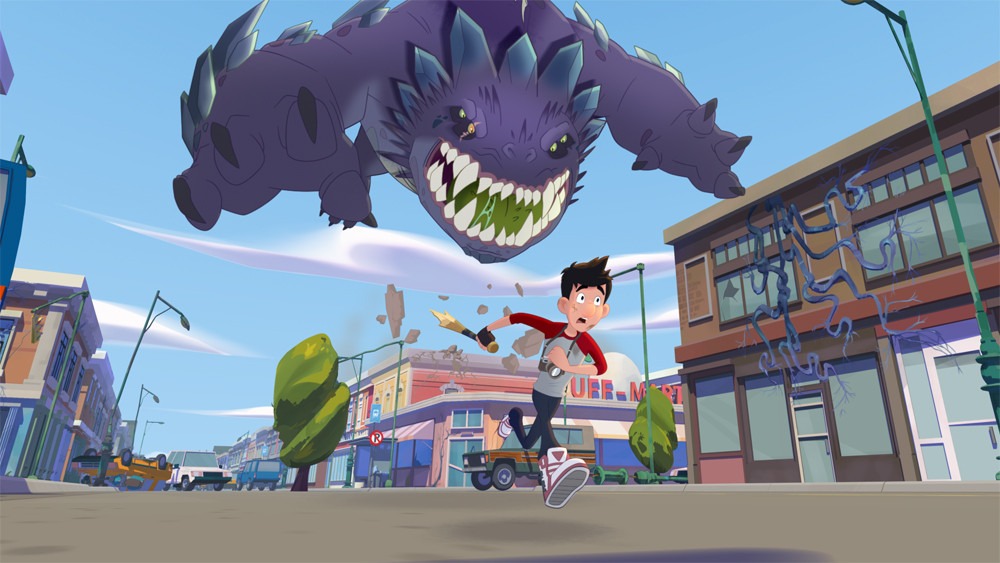 Tell us what the basic plot is for your “The Last Kids on Earth” book series?

A relentlessly optimistic foster kid, Jack Sullivan, finds himself abandoned during an end-of-the-world monster-zombie apocalypse. He thrives on freedom, junk food and video games while building a team of classmates to fight off hordes zombies and giant monsters. Having a bunch of kids alone in an apocalypse is kind of the perfect excuse for ridiculous adventure and the discovery of friendship and family.

How did you come up with this premise?

I decided to write the book I would have wanted to read as a kid. The book I would have picked out at the Scholastic Book Fair. So, I wrote it for me – 10 y/o me was the target audience. I’ve always loved giant monsters, gadgets, zombies, and stories about close friends – so I drew from that. And the key to making it fun was setting it in the apocalypse – which sounds backwards, I know. But that’s an adult-free zone. Characters can do anything. Pizza and Snickers for breakfast, drive Mom’s car, jump up and down on the sofa in the teacher’s lounge, anything!

Did you pitch Netflix or did they come to you?

We pitched to Netflix. My first love as a kid was film so I was always thinking about my stories going onto screen. Then Atomic Cartoons — the development and animation studio for Last Kids on Earth — contacted me. They had a vision for Last Kids – and I loved that vision. Together, Atomic and I took it to Netflix. 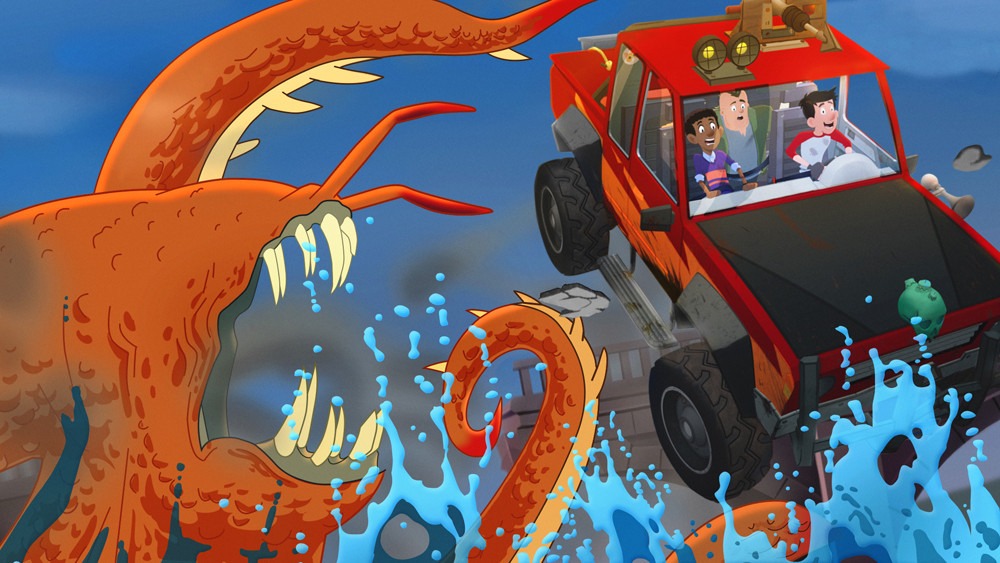 There are quite a few big name voice actors attached to this project. Can you speak to how everyone came on board?

I know! Aside from our amazing main cast, we have Mark Hamill, Rosario Dawson, Bruce Campbell, Catherine O’Hara, Keith David—just amazing. Basically, our show’s creative team would just kick around names that excited us. We’d be at lunch, and suddenly someone would say, “Hey, you know who would make a great so-and-so!” We put together a list – and then we started begging. Linda Lamontagne, our wonderful casting director, is a miracle worker – and that didn’t hurt either.

What is the look and feel of this animated series like for those who have yet to view it?

The animation is a mix of 2D and 3D – we wanted to bring the look and feel of the books to life, but also be able to go big and go crazy with the monster action, chase scenes, number of zombies on screen, etc. My hope was that the look would be slightly reminiscent of The Iron Giant – and we got closer than I expected! And it’s a BRIGHT show – lots of sky blues and neon greens – this is a gorgeous apocalypse.

Are episodes based on individual books in the series or do multiple episodes come from a single book?

Each season is based on a single book. 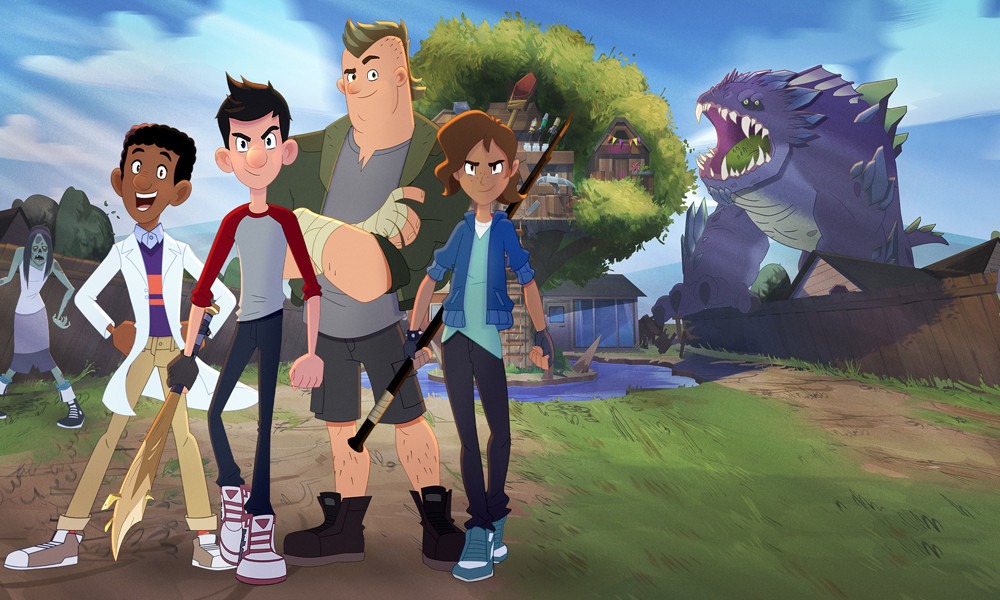 Can you tell us which books are featured or is this all new content?

Book 1 – which is a 66-minute special – is on Netflix now. The second season – which we’re calling Book 2 and will be 10 episodes – will be on Netflix in early 2020. And then a 10-episode season 3 will follow, along with an interactive special.

This reminds me of a PG-13 version of Daybreak, another kids in the apocalypse series on Netflix. Have you seen the show and if so, what did you think?

How do you use social media and what is your favorite platform?

My favorite platform is probably Instagram – but I’ll be honest – I kind of hate all of them. I left Facebook for good – though I keep an author page. I’m on Twitter, though I’d prefer not to be. I just find that I’m happier when I’m offline.

Oh boy, lots. I’m working on more books in the Last Kids book series and more books for my Mr. Shivers books series (scary stories for early readers), and I’m always pitching other ideas — which I’m not allowed to talk about quite yet — to studios, audio publishers, etc. And I have a couple of ideas for new book series – but I’m not ready to tackle those quite yet. Oh… and a Last Kids on Earth videogame, which I’m helping to write! 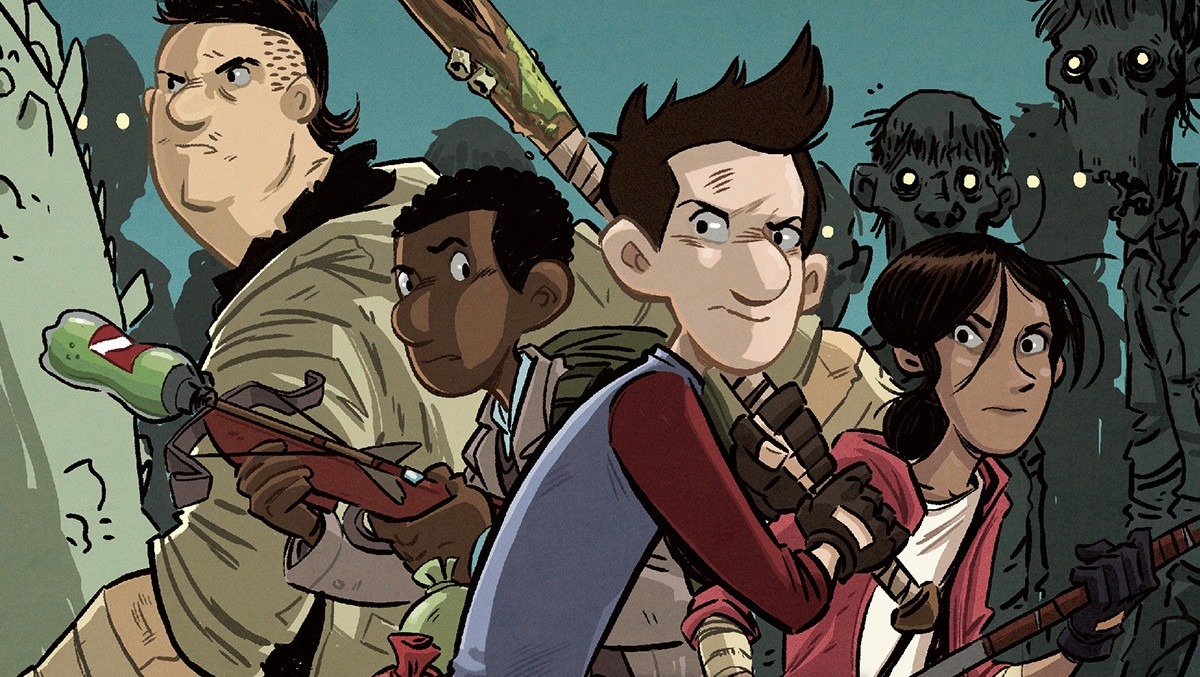 Big or Elf for best kid at heart movie?

Big. That movie was and still is such a huge influence on me. But I love the heck out of Elf – it’s a Top 5 Christmas movie for me. Elf, Christmas Vacation, Home Alone, A Christmas Story, and… hmm… not sure what #5 would be.

Oh, Kenner – for sure. I collect the old toys – but rarely buy newer stuff. 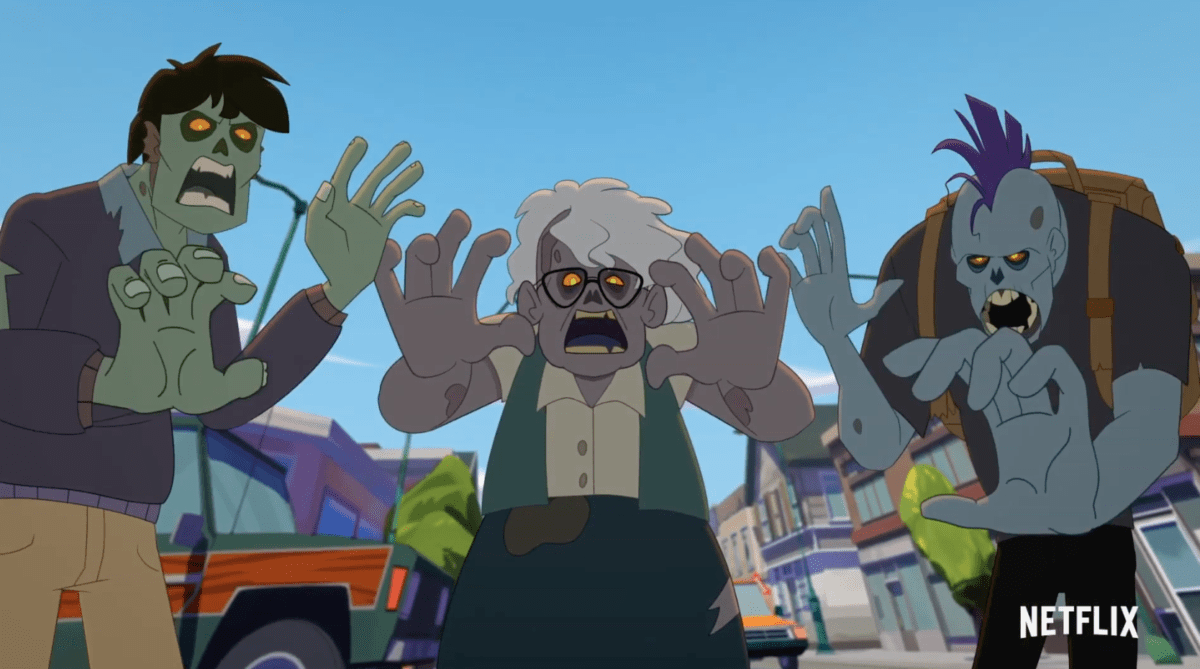 The Last Kids on Earth series from Netflix follows 13-year-old ‘Jack Sullivan’ and a band of wisecracking suburban middle-school kids who live in a decked-out tree house, play video games, gorge themselves on candy, and battle zombies in the aftermath of a monster apocalypse. The voice cast includes Mark Hamill, Rosario Dawson, Catherine O’Hara, Keith David, Bruce Campbell, Garland Whitt, Montse Hernandez and Charles Demers, in addition to Nick Wolfhard voicing ‘Jack.’ Scott Petersen is the showrunner and an executive producer, as well as Matthew Berkowitz and Jennifer Twiner McCarron as executive producers on behalf of Atomic Cartoons.  Season 1 of the show premiered on Netflix on September 17th, 2019 as a 66-minute special.  Season 2 will be available in early 2020.