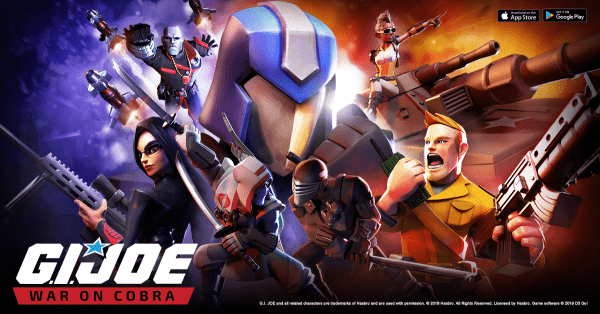 D3 Go! and Emerald City Games have teamed with Hasbro to bring the battle between G.I. Joe and Cobra to mobile devices with G.I. Joe: War on Cobra, a new title which will give players the opportunity to choose their side and assemble a team of heroes or villains based upon the iconic action figure line and the classic 1980s animated series.

“For us, G.I. Joe is more than just a brand. It’s a shared piece of cultural history that’s near and dear to fans worldwide,” said Brian Etheridge, Vice President of Publishing at D3 Go!” With a proven track record in the mobile space and a passionate team of creatives, we’ve found the right partners with developer Emerald City Games to bring the fun and excitement of the world of G.I. Joe to mobile devices with this game.”

“G.I. Joe has a long, rich history and countless fans around the world,” stated Richard Cleveland, Vice President of Digital Gaming at Hasbro. “We look forward to launching a new way for current and new fans to enjoy the brand, and know that this game brings the brand to life in a new and exciting way!”

Check out some character images, followed by the official trailer… 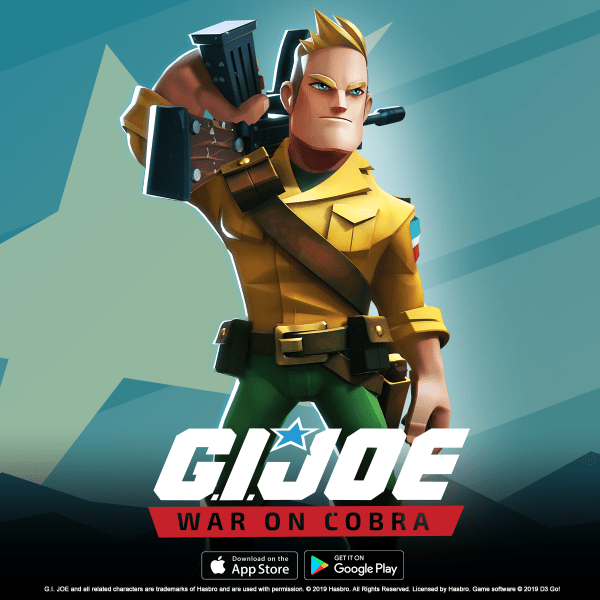 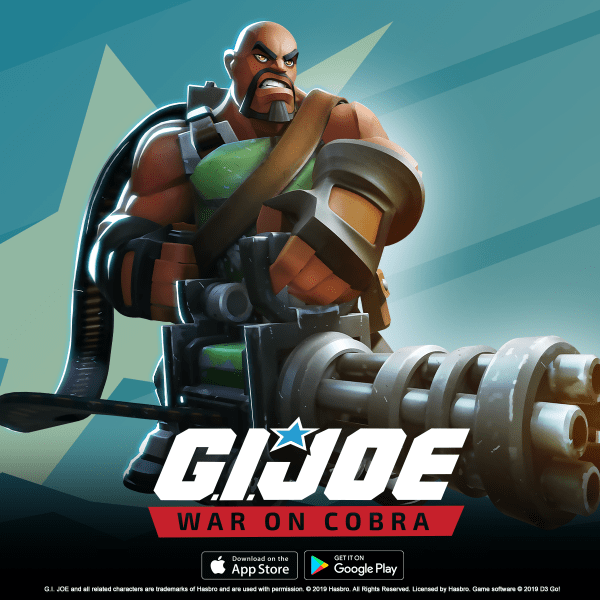 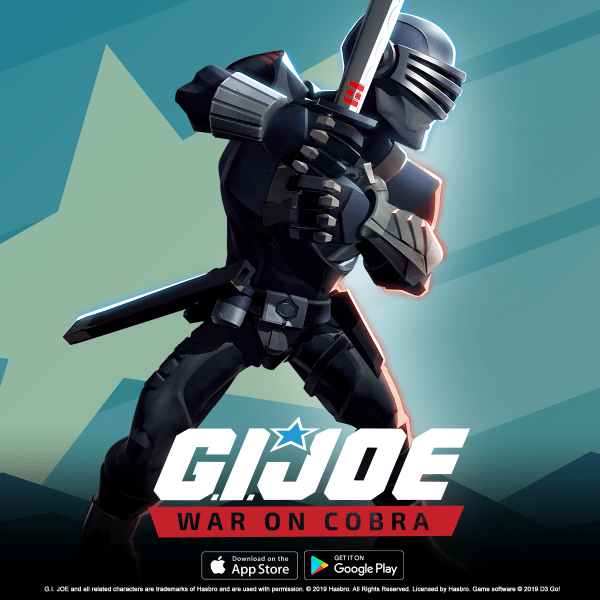 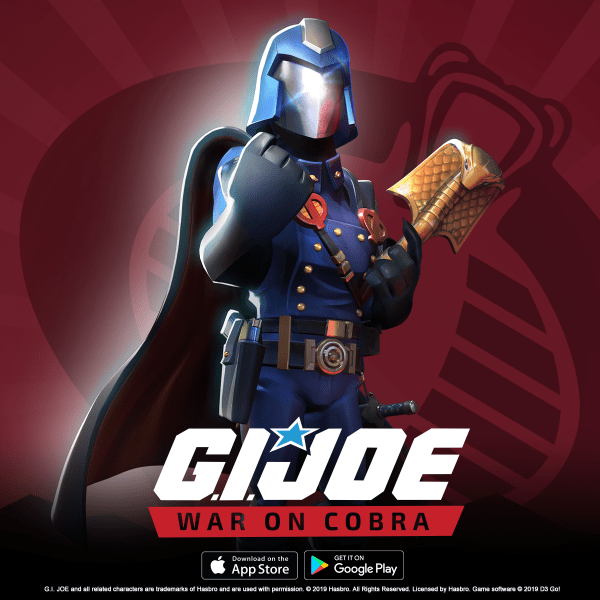 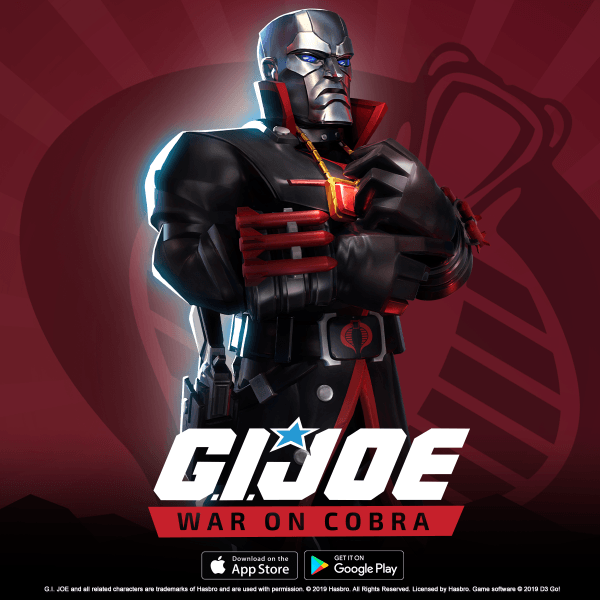 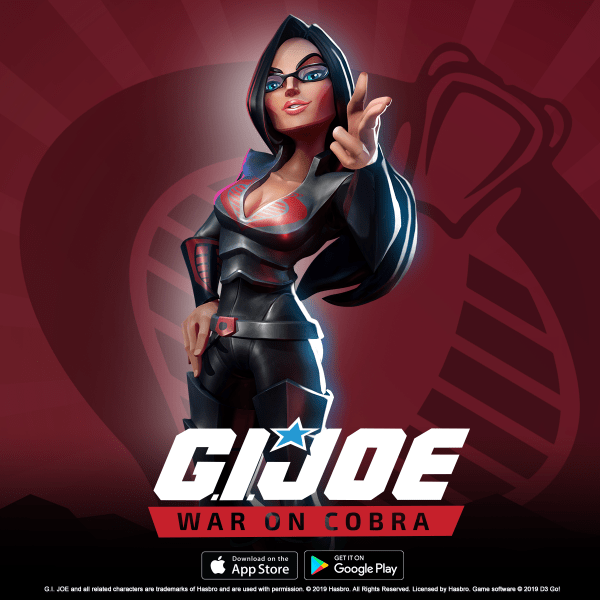 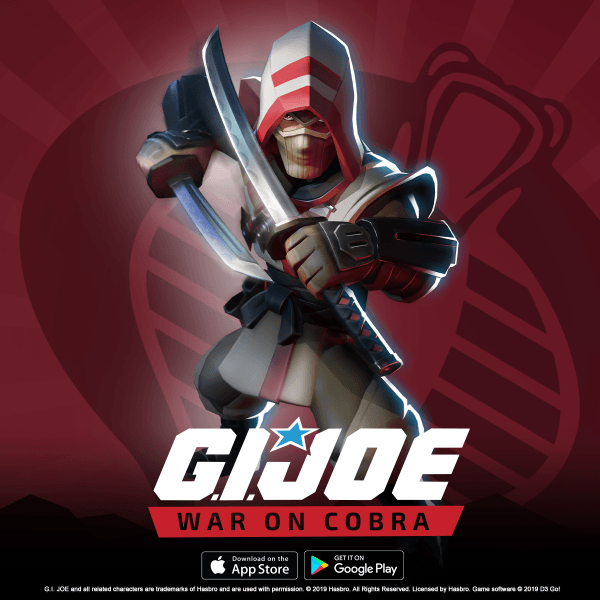 In G.I. Joe: War on Cobra, choose a side and fight! The War on Cobra wages on, but where does your allegiance lie? Fight for freedom and save the world from total chaos by joining the Joes. Or show your might in your quest for world domination by joining the forces of Cobra. The fate of the world is at stake. Will you be its savior or conqueror?

G.I. Joe: War on Cobra is set for release on mobile devices on January 20th.