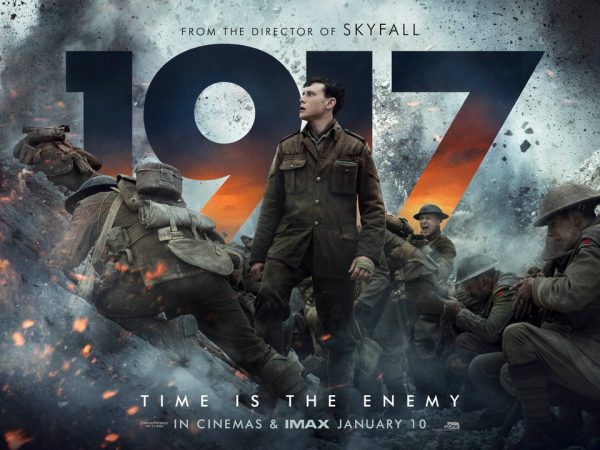 Two young British privates during the First World War are given an impossible mission: deliver a message deep in enemy territory that will stop 1,600 men, and one of the soldier’s brothers, from walking straight into a deadly trap.

While dazzling as a stunning technical achievement, 1917‘s cinematic ambition stifles not only the emotional core of its story but is forced to function as overly simplistic. Two British privates serving in World War I, Schofield and Blake (George MacKay and Dean-Charles Chapman respectively) are given the death wish errand of running orders over to Mackenzie (Benedict Cumberbatch) who is preparing to lead various waves of soldiers into battle under the impression that the German forces are thin and on the ropes. The stinger is that one of those soldiers is Blake’s brother (Richard Madden, marking a reunion of sorts for the Game of Thrones actors). Not to spoil anything, but you will be surprised as to the degree of how much that is it to the narrative.

Directed and written by Oscar-winner Sam Mendes (Skyfall and American Beauty, to name a few masterpieces already under his belt) alongside Penny Dreadful‘s Krysty Wilson-Cairns, the real showstopper here is legendary cinematographer Roger Deakins working magic with the one continuous shot creative direction. Of course, there are a few hidden cuts masked so as not to break immersion, but for the most part, 1917 follows this journey quite literally every step of the way. 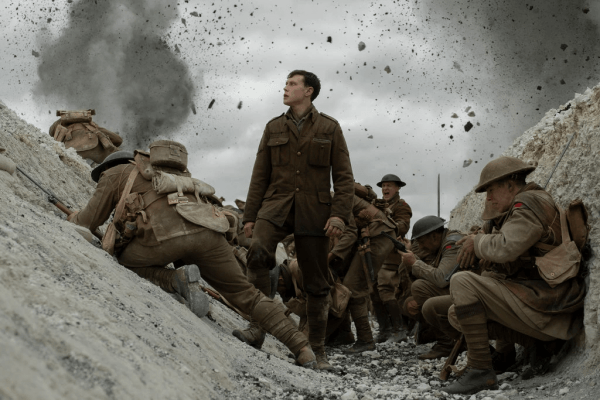 The first noticeable result of this storytelling structure is that 1917 doesn’t necessarily classify as a war movie, but rather a horror/survival flick within the confines of abandoned battlefields and buildings, including humongous rats causing all kinds of accidental damage in ways that need to be seen to be believed. Secondly, it becomes apparent that this is going to surprisingly be dialogue-heavy (which makes sense considering how much walking and talking these characters have to do) dialing in on the human emotion at the center of these two comrades carrying out this suicide mission.

This is simultaneously a refreshing approach to the genre yet one that doesn’t have its potential realized due to the fact that, more than anything, 1917 wants to blow your mind as an experience. Disappointingly, it might not accomplish that goal based on a number of factors. I’m going to go on a limb and assume that the viewers that resonate most with 1917 will not be gamers. Last year, Sony Santa Monica released the fourth installment in the widely popular God of War series, building the game from the ground up on the aforementioned dynamics; human bonding (specifically between father and son in this game) and the one-take tracking shot stylistic touch, with the latter being the first of its kind for a video game. It ended up winning a whopping amount of Game of the Year awards for perfecting that method of craftsmanship; it’s both tearjerking while containing action sequences that many of the best cinematic blockbusters in any given year would never be able to pull off regardless of filming in one continuous take or not. 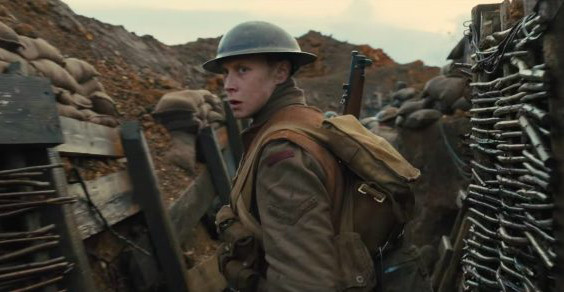 Thus, when 1917 concluded, even with its urgent and heart-racing climax (heightened by Thomas Newman’s intense compositions which might make for the best score of the year) deep into enemy territory, it closes with a “that’s it?” first impression. On the contrary, I fully acknowledge those that have no idea what the hell I’m talking about above are probably going to come away from 1917 shaken to the core, and to the film’s credit, it is emotionally powerful with strong characters (especially George MacKay, who seems to be broken inside from the horrors of war and would rather trade his honorary medals for booze to presumably further numb his senses).

The larger issue with 1917 is that it never maintains that intensity, either cranking itself up to 11 in terms of spectacle before quickly going back down to a 3, most likely because there is no way to do grandiose continuous-shot action with practical effects (there is next to no CGI here which is definitely appreciated) on a consistent level like a video game. To make a film comparison, it works for something theatrical like Birdman, but as a war film can be just as deflating as it is relentlessly exciting. It’s certainly one of the most bizarre conundrums I’ve ever had watching a film in recent memory; it’s so impressive yet nothing special. It doesn’t help that the first 45 minutes contain so much dialogue while strolling through empty landscapes, it’s difficult to not feel like you should be reaching for a controller to hold the joystick forward as these two go on bantering (and maybe holding down Square to apply bandages following pricking yourself on barbed wire). 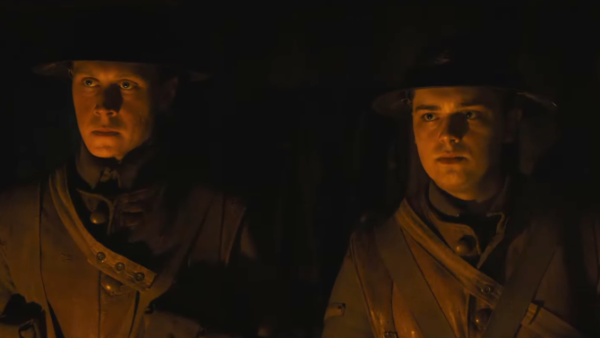 Past that, there are some smaller gripes that do come down to the script, namely an encounter with a French woman that goes nowhere with its intended purpose could have been done in a more organic fashion. Also, just about anyone aside from the two leads come across as boring with no personality, as if they are just bland NPCs giving the player instructions. The first half of 1917 is basically the tutorial when it comes to most actual war video games, which is never something I thought I would type as a complaint. What some people are undoubtedly going to see as revolutionary, there will be just as many that don’t get the rave because they have done something similar within an interactive medium. There is even a segment with a character scaling across some metallic bars while being shot at that just screams Uncharted games.

With that said, there’s just no denying that 1917 is not one of the year’s most accomplished productions. George MacKay and Dean-Charles Chatman find the humanity in these characters as Sam Mendes and Krysty Wilson-Cairns find the humanity within a war. There occasionally might not be much happening from scene to scene, but the set design is rich with detail and variety. Perhaps the strongest complement to give 1917 is that it does accurately replicate the dangers of carefully walking through a war zone while not afraid to unexpectedly kill off characters. There’s palpable dread, strong character work, and some truly adrenaline-pumping, awe-inspiring set pieces. You might make your own heroic 300-yard dash following 1917 just to watch it again; it’s ambitious with much to take away and contemplate over, equal parts unforgettable and frustrating.