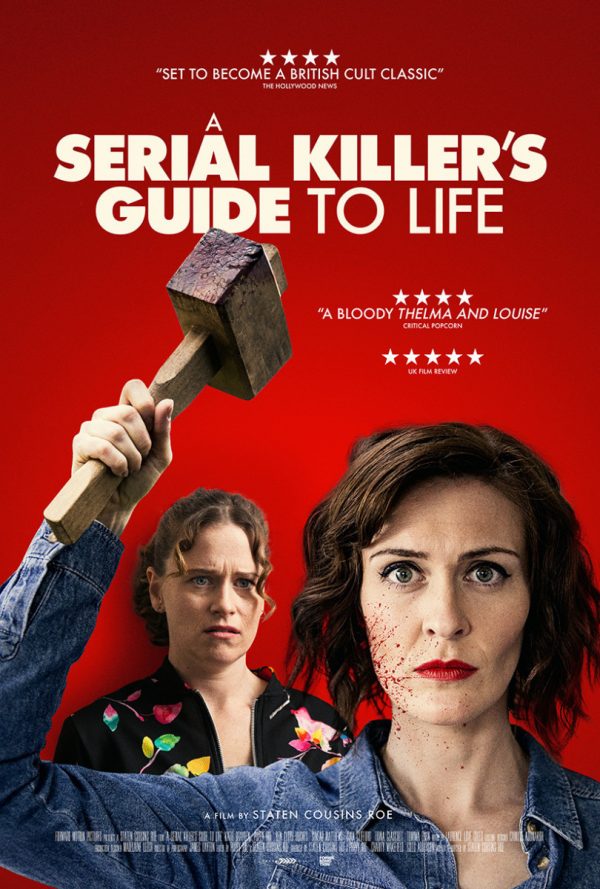 A shy self-help addict embarks on a road trip with a new guru promising to improve her life. Unfortunately, this new mentor also has a nasty habit of murdering people along the way. 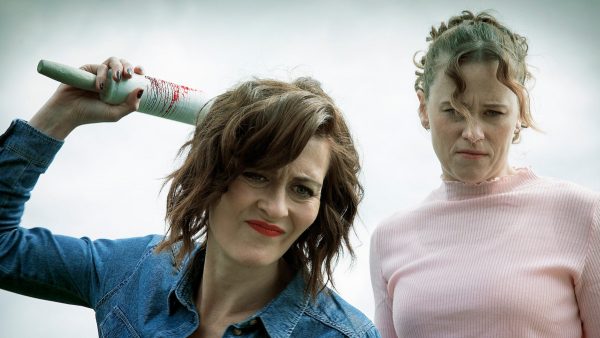 The self-help industry is largely guff. It’s a world full of people who mostly mean well, but often seem to simply spout the same platitudes about self-belief that people have been hearing for their entire life. If your ethos is less complex than the moral outlook of a Disney film, you probably shouldn’t have a book deal and a TV show. That perspective is seemingly shared by A Serial Killer’s Guide to Life, in which debutant director Staten Cousins Roe takes a hammer, quite literally, to the cosy world of self-help silliness.

Lou (Katie Brayben) is hopelessly addicted to self-help gurus, who offer her an escape from her grim existence caring for her domineering mother (Sarah Ball). At an event, she meets the mysterious stranger Val (Poppy Roe) and is promised the self-improvement road trip of a lifetime, culminating in a face-to-face meeting with her idol Chuck Knoah (Ben Lloyd-Hughes). For a while, Lou is blissfully unaware that there’s a darker side to her new BFF, but soon discovers that Val is a serial killer with a serious and insatiable bloodlust.

It’s a fun concept, adding lashings of dark comedy to the violence and the bloodshed, but it’s also an idea we’ve seen play out many times before. This certainly lacks the gallows wit of its closest bedfellow – Ben Wheatley’s exceptional, hilarious Sightseers. Staten Cousin Roe’s script is sharp and funny, with barbed quips laced throughout the narrative, but it’s also frustratingly lacking in places. The concept of skewering self-help crooks is a strong one, but there’s no real depth or specificity to the satire, which largely deals in low-hanging fruit. 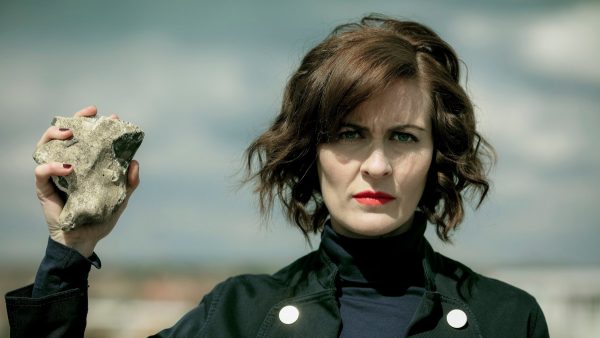 Helpfully, the two central performances are terrific. Brayben perfectly communicates the jittery, withdrawn persona of her character, growing up relatively poor in a seaside town full of privileged posh folk. Roe, meanwhile, oozes confidence as Val, and seems to exist permanently with a withering look on her face – as if baffled by the prevalence of self-help gurus who, in her words, often look like “greased-up paedos”. The contrast between Brayben’s earnest desire to embrace self-help and Roe’s obvious disdain for the industry is a consistent pleasure.

Sadly, the structure of the film is a little too obvious, taking an episodic ride through the various brands of self-help – including literal tree-hugging. There’s an inevitability to the pile of bodies after each interlude and Staten Cousins Roe seldom allows the cathartic silliness of violence in the way that Alice Lowe’s tonally similar Prevenge did, for example. A Serial Killer’s Guide to Life, for the most part, rather scrimps on actual bloodletting, which could serve to alienate the horror crowd drawn in by the promise of its delightfully genre-inflected title.

It doesn’t help that the relationship between the two central characters is very much a basic sketch. They’re fun together and the performers have chemistry, but their bond is somewhat under-written and so much of the third act fails to ring true as a result. It reaches for Thelma & Louise, but hasn’t really put in the groundwork. Thankfully, the movie is a brisk, short adventure that has enough wit and comic energy to keep it moving until the end – even if it’s a little too slight to truly fly. 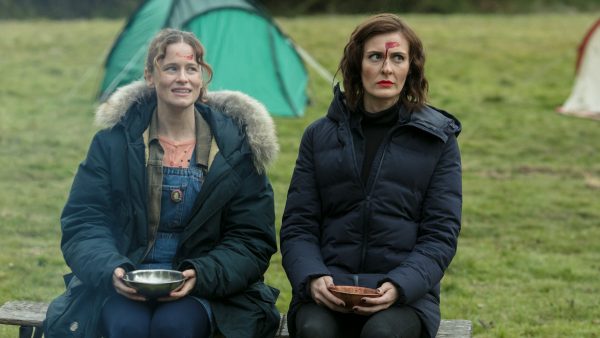