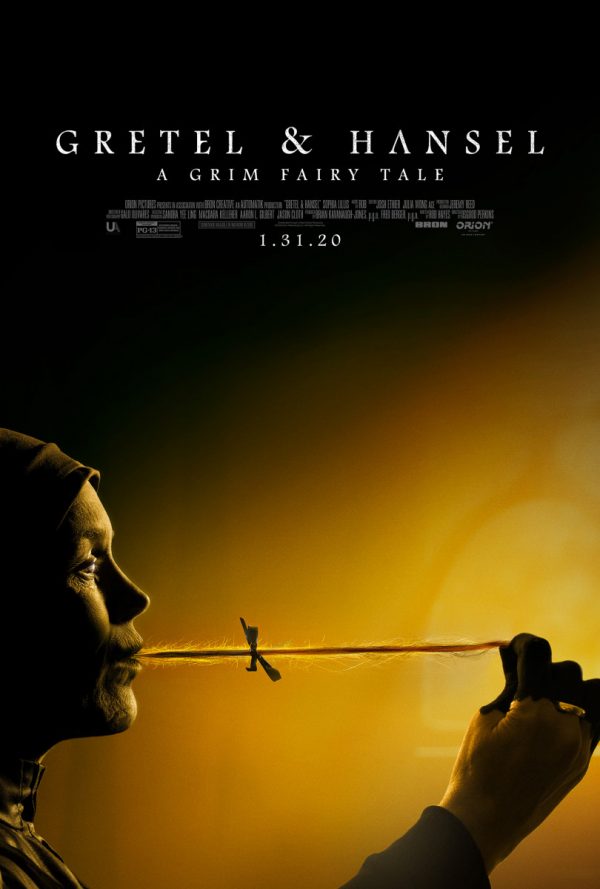 A long time ago in a distant fairy tale countryside, a young girl leads her little brother into a dark wood in desperate search of food and work, only to stumble upon a nexus of terrifying evil. 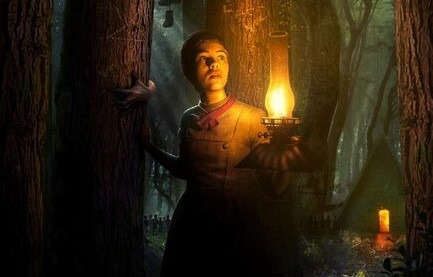 With Gretel & Hansel, Osgood Perkins is directing the hell out of a half-baked spin on the dark German fairytale (scribed by Rob Hayes), but moody visual aesthetics and a banging synthetic score from composer Robin Coudert aren’t enough to pull off the illusionary trick that this intriguing female empowerment fable needed another draft. Also, it’s not that the feminine coming-of-age angle is mishandled, as they do make for the most interesting bits of the movie, but I’m sure it wouldn’t have hurt to bring a woman aboard to both expand on the narrative and fine-tune this characterization of Gretel (here played by Sophia Lillis of It fame).

Gretel is now a 16-year-old girl on the verge of adulthood that, in addition to the familiar setup of the story involving child abuse and being cast into the woods by her mother with only her brother to fend for themselves during the Great Famine, has trust issues and isn’t quite aware of her heightened women’s intuition alongside some other burgeoning abilities. On the flipside, Hansel has been aged down to eight years old, paving the way for a fresh dynamic where Gretel’s forced duties as a parental guardian are serving as a roadblock for a greater and more important purpose. 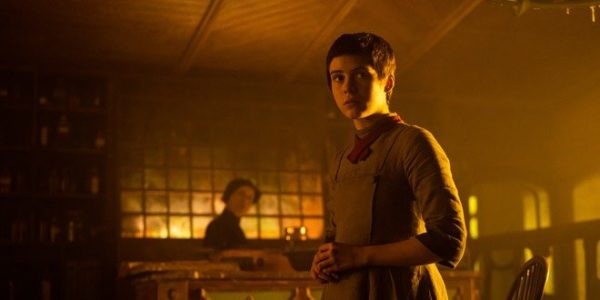 The one crippling problem with Gretel & Hansel is that the slow-burn pacing Osgood Perkins is known for (The Blackcoat’s Daughter) doesn’t work for a story that is pretty much common knowledge to anyone walking into the theater. The siblings come across an abandoned home in the forest (the more impressive cinematography comes from wide shots that express the scale and size for this labyrinth of trees) that is home to a seemingly caring and nurturing elderly woman named Holda (Alice Krige is unquestionably unsettling even when committing acts of kindness) that is actually a witch playing mind games and indulging in cannibalism. There are some slight alterations here and there, including an extended prologue rewriting some tidbits of the origin story, but for the most part, it’s still Hansel and Gretel. Nearly an hour of the brief 90-minute running time is drenched in atmospheric dread that genuinely works for about 30 minutes, as tedium and frustration settle in considering we know where all of this is going, and we want it to get there sooner.

When the story is carving out its own path, the ominous and foreboding presentation is much more effective and palpable. Once the introductory exposition dump is done with, Gretel & Hansel sort of rambles on from scene to scene drifting away from the established story. The siblings come across and eat some mushrooms that trigger hallucinogenic effects, they come across a hunter who saves their lives from what looks like a rejected Game of Thrones Whitewalker interpretation, and also bond (Sophia Lillis is one of the more promising child actors working today, but newcomer Sammy Leakey as Hansel is also worthy and they do have solid chemistry together). 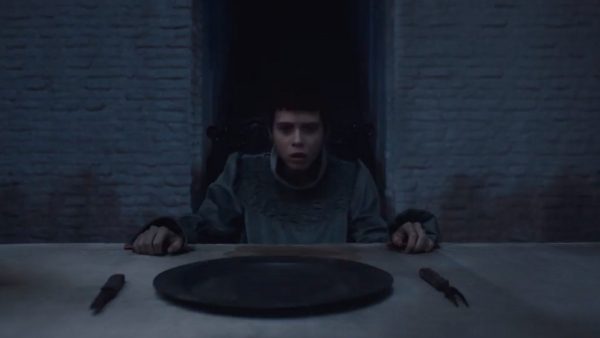 In this variation of the story, the children are even offered living quarters, but Gretel declines as soon as the slimy old leader inquires about her maidenhood and gets a bit rapey. She lives her life convinced that anyone doing anything nice is simultaneously taking away something in return, and that generosity from the heart is a false concept. In some strange way, I almost wish the siblings never had to cross paths with Holda, as watching them try to survive and get into refreshing sinister predicaments brings forth more unease than inevitably watching these characters repeatedly have nightmares and stumble upon the already known revelations.

Moreso than the obvious shift in perspective, Gretel & Hansel is about the friendship Gretel and Holda form, as the former wrestles with her trust issues. Sophia Lillis and Alice Krige have at least two memorable conversations regarding powers and womanhood, but it all leads to an ending that’s not wholly satisfying and leaves more to delve into. There’s more to explore with these characters from before meeting Holda and after dealing with her ulterior motives, making it all the more frustrating that Gretel & Hansel is content to never really break away from the traditional elements. The middle stretch becomes so repetitive and boring that one becomes numb to the strong craftsmanship on display.