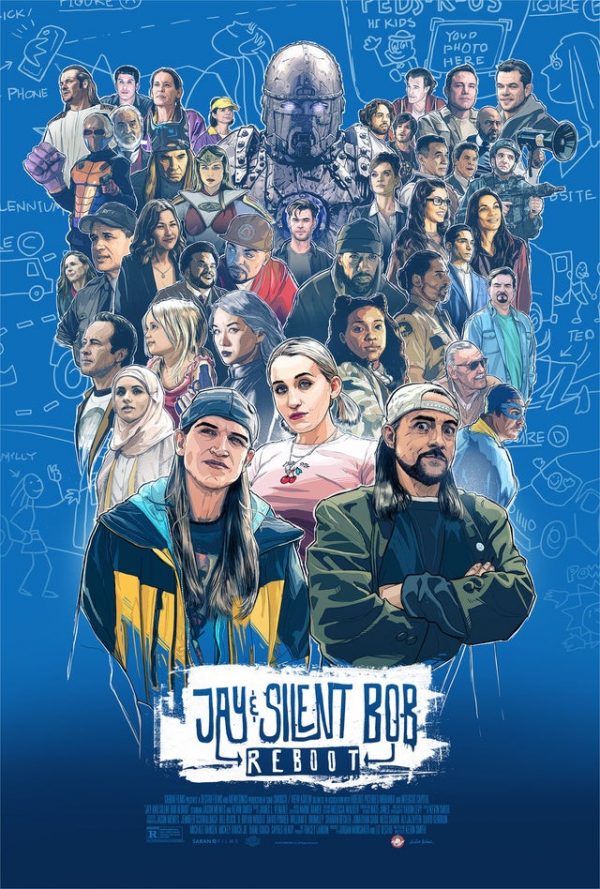 When Jay (Jason Mewes) and Silent Bob (Kevin Smith) are arrested on drugs charges, court proceedings reveal that Hollywood is in the process of rebooting their ‘Bluntman and Chronic’ movie from 2001’s Jay and Silent Bob Strike Back. Perturbed by the use of their ‘intellectual’ property, the two journey to Chronic-Con in order to put a stop to the film. 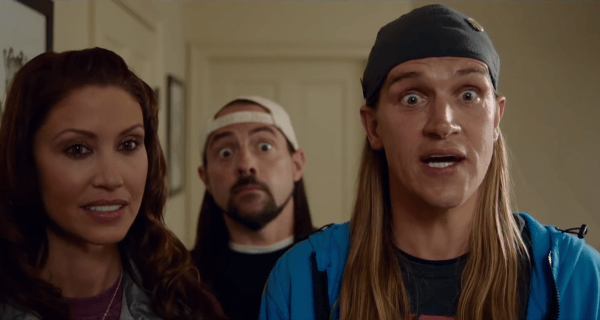 Reviews for Kevin Smith’s View Askew oeuvre are largely a redundant exercise. Save for the excellent Red State, or the perversely odd podcast-gag turned movie, Tusk, you kinda know what you’re going to get from his particular brand of comedy. The pertinent question is whether this Askew Assembled is just the latest in a long line of nostalgia triggering retreads. or has the much-maligned director found something new to say aside from “Snoogans”?

The story begins, where else, but outside the Quick Stop Groceries store made famous by Smith’s seminal American independent breakout, Clerks. In a depressing sign-of-the-times, the video store, once the home of slacker sales-assistant Randal, has now been re-branded as a fast-food chicken outlet, with a name that largely sets the tone of the first half of the film. If you aren’t chuckling at it, then this definitely isn’t the film for you.

However, those schooled in the way of ‘snooch to the nooch‘ will find plenty to belly-laugh about as the ratatat combination of cameos and gags spew forth with a surprisingly high hit-rate.

The biggest laughs come from Smith’s own retrospective, self-deprecating look at his own career. He says that he no longer reads reviews, but he should at least be thankful that the scorn poured on the likes of Jersey Girl (fine in my opinion), Tusk, or even this film’s predecessor Jay and Silent Bob Strike Back, exists, because it provides some great material with which to laugh at himself.

In fact, everyone seems to be in on the fun, which can sometimes distance a film from the audience (Oceans 12 anyone?), but here translates as an interactive reunion for those willing to embrace Smith’s filmmaking sensibilities. It’ll play gangbusters on the repertory cinema circuit, with cheers greeting old faces such as Jason Lee’s Banky Edwards, dropping the same moves he did back in ’01, as well as a great Chipmunks gag, or the new recruits, like Chris Hemsworth as a smart-arse hologram. There’s also an end-credit sting that’s better than anything Marvel have managed in twenty-plus films.

The most effective of the cameos the director has called in as favours following his 2018 heart-attack is that of Ben Affleck, who takes centre-stage in an eight-minute covert sequel to one of the director’s finest films, Chasing Amy. It’s a scene that repositions the original narrative, one that has become problematic over time, while adding laughs (Batfleck fans rejoice!) and an unexpectedly welcome pathos to the entire movie. 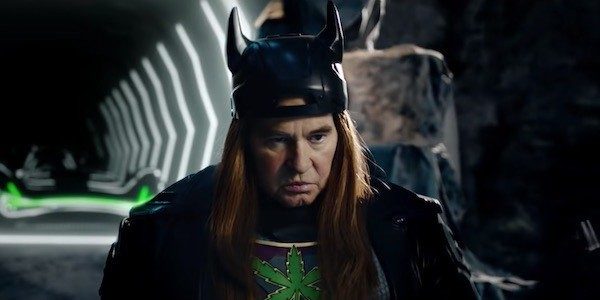 Jay and Silent Bob Reboot is essentially The Irishman or Avengers: Endgame of the View Askewniverse. A hardcore fans-only version of Kevin Smith bingo on the big-screen.