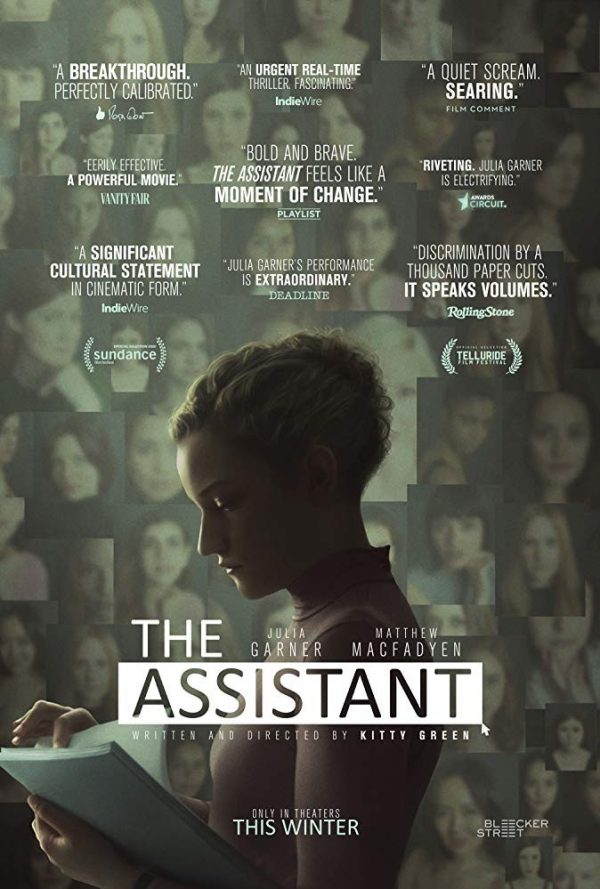 A searing look at a day in the life of an assistant to a powerful executive. As Jane (Julia Garner) follows her daily routine, she grows increasingly aware of the insidious abuse that threatens every aspect of her position. 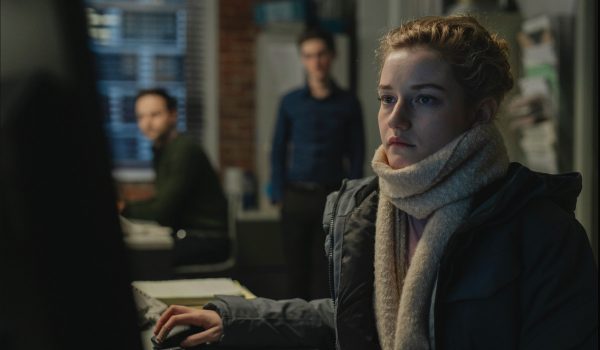 It doesn’t matter how light a film is on traditional storytelling when a directorial vision and devastating central performance gel together concocting something soul-crushing and socially poignant. Making her narrative feature debut, writer and director Kitty Green is not at all concerned with fleshing out any of the employees at a Manhattan-based movie production office building; not even the Harvey Weinstein reminiscent figure that is never seen but most assuredly heard, taking advantage of whoever he pleases while slyly manipulating the rest to keep the enabling infrastructure solid.

Julia Garner plays Jane. Here’s something interesting about that; I wouldn’t have known the name of her character unless I looked it up, but even then, it doesn’t really matter. The Assistant is not a film concerned with names and personalities, but rather actions and consequences, or lack thereof. Nevertheless, Julia Garner portrays a conflicted and complex character capable of expressing multiple and often mixed complicated emotions.

The Assistant follows a day in her life working for this unnamed shady movie studio where she is the first one inside and last one outside the building. It’s clear that she is pursuing her dreams but is more living a nightmare than anything. From the first shot of her face, she seems miserable as if she doesn’t even want to be there, and as we quickly learn, it’s not much to do with working insane hours seven days a week and exhausting herself to the point of forgetting to wish her own father and happy birthday. Obviously, those are all things that suck, but there is much more eating away at her passion here. 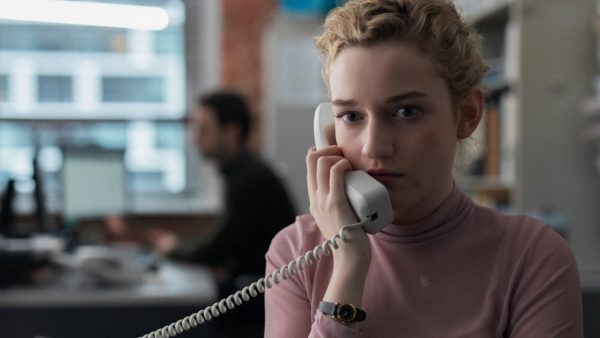 At first, things seem relatively normal as Jane begins the day performing basic tasks (tidying up, making coffee, unboxing shipments) but it’s not long before some co-workers arrive and do a combination of dicking around like high school class clowns and pushing the more uncomfortable duties on her (such as explaining why The Boss has blocked off his wife from using any of the credit cards). It’s not just the men, though, as one woman tosses Jane her coat like she’s a human coat rack before entering a meeting with the all-powerful head of the studio. She even gets stuck babysitting children in one of the film’s only lighthearted and amusing scenes, but still all the more telling to a problematic structure and all-around toxic workplace.

Much of The Assistant plays out at a meandering but methodical pace, but rest assured, there’s more going on than watching someone go through what feels like an endless cycle of chores along a routine exhausting day. Even at the short running time of 85 minutes, there is more to observe here that some of the inevitable 2+ hour and nearly 3+ hour movies due out later in the year. It doesn’t just start and stop at the plain-in-sight sexual predator power play behavior employed by the boss. 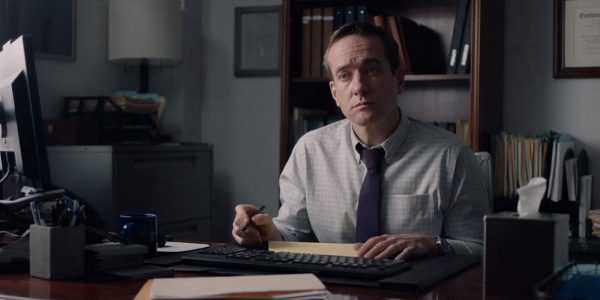 Eventually, Jane is made aware that a younger and far less experienced assistant has been hired at the office in exchange for sexual favors and promises of a bright career. What follows is a series of scenes where she isn’t quite sure what to do about the situation; does she file the HR complaint (hands-down the best scene in the film) with Matthew Macfayden as a gaslighting overseer more fixated on maintaining the status quo than allowing reports of such predatory behavior to disrupt the established routine. Tougher to swallow but equally thought-provoking is the fact that Jane might very well be jealous of this younger employee’s opportunities and luxuries (minus the arranged intercourse at a nearby hotel where the boss spends the majority of his time instead of actually working on the upcoming movie to be released). This opens up a whole other can of worms to ponder regarding the manipulative actions of men tearing women apart and pitting them against one another.

Slightly more hidden but still easy to pick up on are the various ways individuals at all tiers of the food chain go out of their way to cover up wrongdoing after wrongdoing. There are scenes where Jane composes emails to The Boss apologizing for potentially speaking up only for her aforementioned dudebro enabling co-workers to chime in with extra lines of ass-kissing, all of it eliciting nervous laughter not because it’s funny, but because the situation is so screwed it’s the only reaction to have. All of it leads towards a sensible and logical conclusion that could be interpreted one of two ways based on the final scene; it’s an ending that will be hard to shake. The reason being is that The Assistant is actually a horror movie where these toxic environments most likely still exist and that the problem hasn’t been solved.