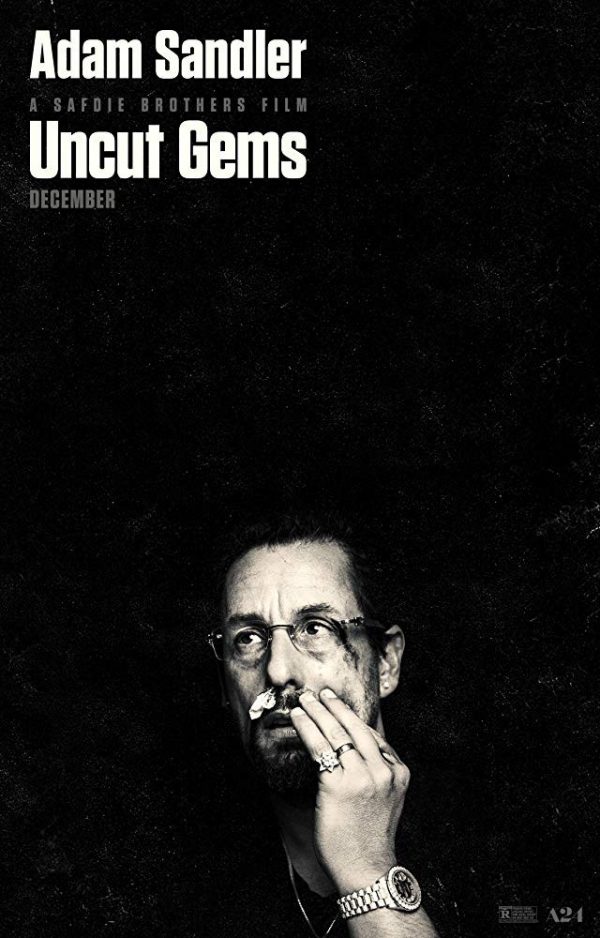 A charismatic New York City jeweler always on the lookout for the next big score, makes a series of high-stakes bets that could lead to the windfall of a lifetime. Howard must perform a precarious high-wire act, balancing business, family, and encroaching adversaries on all sides, in his relentless pursuit of the ultimate win. 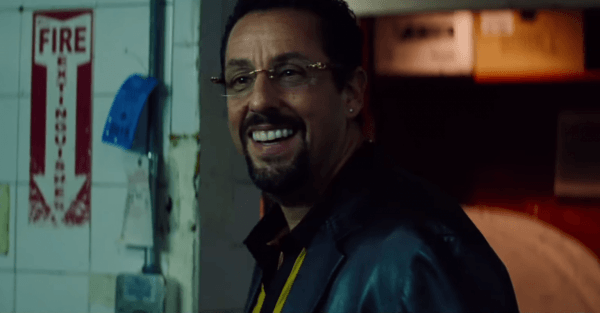 Lowbrow comedians, basketball players, musicians, radio personalities, impressive debut performances; Josh and Benny Safdie sure do know how to cast a movie with unorthodox yet delicious ingredients. They also know how to direct unforgettable character studies that refuse to let you escape the mind (or in one oddly hypnotic artistic moment, the asshole) of its subject. Part of this is achieved by Uncut Gems‘ traditional score (the pulse-pounding synthetic score from returning Good Time collaborator Daniel Lopatin) that is perfectly blended within what amounts to 2+ hours of nonstop shouting, swearing, fighting, and rowdiness, all of which add to the immersion, that would come across as an overbearing annoying mess in lesser hands. Equally crucial and memorable is the cinematography from the gifted Darius Khondji that oscillates around rooms speedily like a ceiling fan about to snap out of place; this is an adrenaline rush that’s matched by the camera’s movement with a diverse and atmospheric color palette rendering nearly every single frame worthy of pausing and observing.

The point is that Uncut Gems is master class filmmaking from every conceivable aspect; if Martin Scorsese was the cinematic revolution of his time, the Safdie Brothers are modern-day insurgents (and not just because both filmmakers seem determined to drop as many F-bombs as humanly possible within 2+ hours). This is as transfixing as filmmaking gets, with the Safdie Brothers never once questioning their own vision, pulling punches, or bringing down the energy a few clicks from more than a minute or two before it’s once again balls-to-the-wall insanity. Maybe that’s grandstanding praise, but it’s justified. Under the direction of anyone else Uncut Gems would be an incomprehensible disaster, but depicting reigning chaos with clarity appears to be just another day at the office for these two. Of all the exciting new voices in cinema today, the Safdies may have emerged as the most exciting, which is made all the more mind-blowing considering this is, excluding documentaries, only their fourth film. 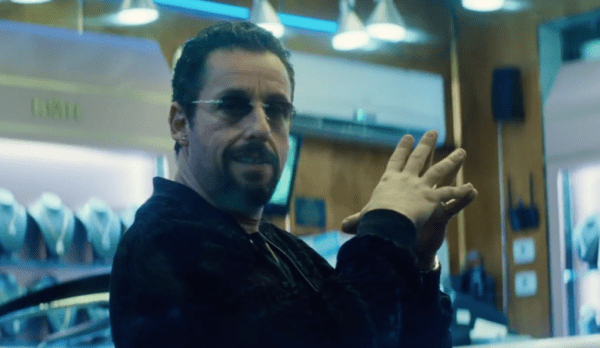 The New York locals are once again operating within the all familiar location, this time specifically the Diamond District where Howard Ratner (an explosively wayward Adam Sandler working with material that elevates his childish comedic antics into something repulsive yet weirdly empathetic and somewhat easy to cheer on) runs a high-class jewelry store. It’s the kind of establishment one has to make an appointment to do some shopping, which attracts celebrities (not without assistance from his acquaintance Demany as played by LaKeith Stanfield) including NBA star of the Boston Celtics, Kevin Garnett (playing himself).

Simultaneously, Howard has just received a shipment containing a rock with embedded gemstones supposedly worth over $1 million, with his first mistake of many (idiocy tends to be a charm for both the character and actor, with Sandler willing to self-deprecate during amusing bets such as him pleading with his disgruntled wife played by Idina Menzel to look into his eyes for forgiveness and say what she feels) bragging about it to the All-Star athlete currently battling the Philadelphia 76ers in the playoffs. Kevin Garnett becomes just as hypnotized as the audience (there’s a prologue that takes us on a cosmic journey from outside the rock to inside these gemstones, also with dazzling cinematography and an unexpected but poignant conclusion), convinced that it can work as a good luck charm towards his critical game-time performance. Howard temporarily trades the oral for his championship ring, which he then pawns to invest in some risky gambling debts, as if he too believes that this artifact bestows a mystical power. 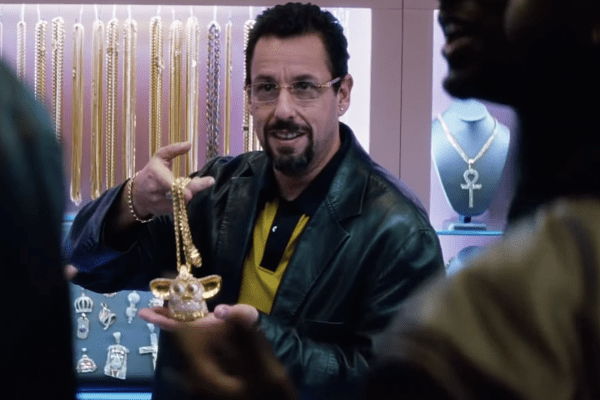 The Safdies drop us right into the world of Howard, quickly showing us his scamming ways that never go according to plan, his adultery with one of his clerks (Julia Fox delivering one of the standout debut performances of the year as a sadsack addicted to Howard the same way he is to gambling), the seemingly never-ending amount of debt he owes (I don’t think there’s a single object Howard sells that is not of his own possession) to debt collectors (they are all menacing somehow adding more urgency to the chaos), and the unpredictable ups and downs that come from such a lifestyle. Adam Sandler is a tornado here, with his dangerous world coming closer to erupting with every boneheaded decision. He’s also narcissistic and cocky, which is hilariously portrayed during some segments with now mainstream rapper (the film takes place in 2012) The Weeknd (also playing himself) flirting with his mistress. Howard firmly believes that his life is going to go up while everyone else wallows in failure. He’s also willing to do anything to achieve that success, proving that he’s not just addicted to gambling but the art of winning itself, which will either validate his spontaneous and thoughtless behavior or wind up as his permanent undoing.

Arrogant as he may be, Howard does know sports and with a magical realism framing device of gemstones that might exhibit fortuitous results, anything can happen in Uncut Gems. Basketball does not need to be a preferred sport to watch or even a general interest to get sucked into the various parlays and bets Howard finds himself ignoring his family and on the edge of his seat over. There is a messiness to the first two-thirds of Uncut Gems that gives way to something crystalline yet suffocatingly tense; by a certain point, I just wanted to hold my breath and not exhale until the credits rolled. Again, it’s another grandstanding complement, but a sensation Uncut Gems earns through immaculate buildup.

At one point, Jonah Hill was attached to play the role of Howard, and while I have no doubts he would have been a fine choice, once Adam Sandler is seen in this role there’s no separating him from it. In character, he’s more Jewish than he has ever sounded, louder than he ever has been, and more irresponsible than ever. Uncut Gems gift wraps Sandler the performance of his career, and he runs with it just as frenetically as the film itself. There’s a scene where he is in the backseat of a vehicle and excitedly professes he’s going to cum; that will be me if Sandler receives an Oscar nomination. It’s Sandler’s time; go all the fucking way and show the world how you win.