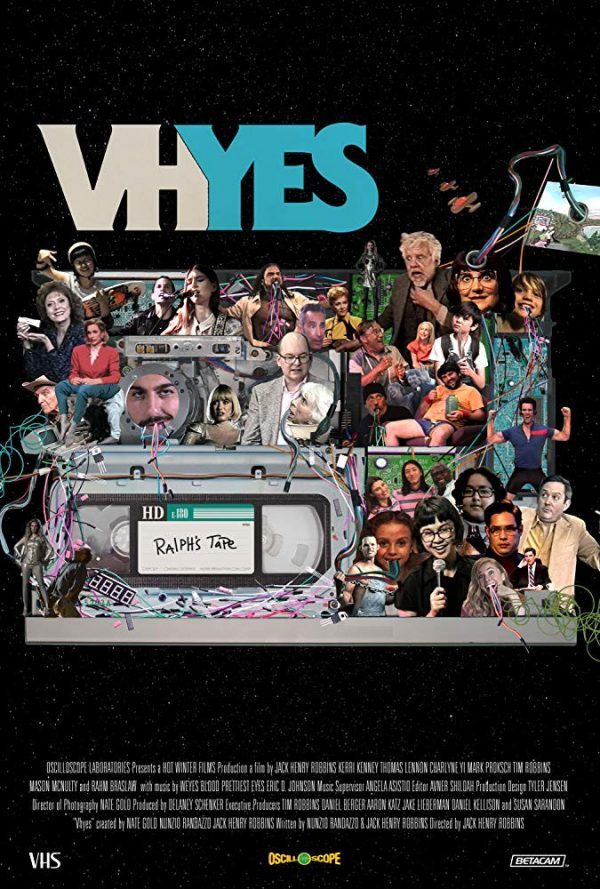 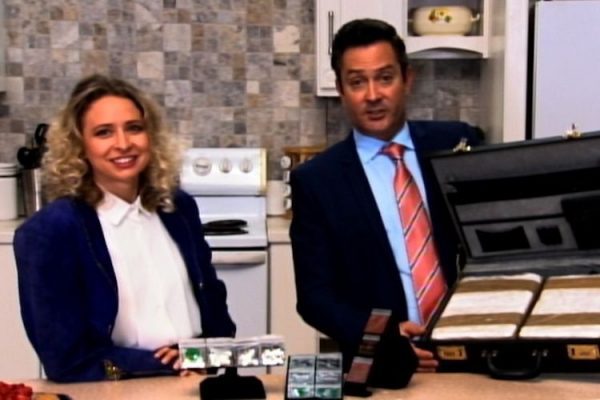 Jack Henry Robbins’ manic mixtape VHYes is an ode to 80s nostalgia, bittersweet endings, and absurd Adult Swim homages all captured on videocassette. The part anthology, part sketch comedy, part coming-of-age story is shot completely on VHS and Betacam. Fuzzy in appearance until tracking can pull optics into order, much like the film’s core narrative. What starts as disillusioned jokes roasting daytime television one might record for prosperity ends with unexpected purpose. A bit scattershot at times, but Robbins’ ensemble recalls mockudrama successes such as WNUF Halloween Special – minus the spooks, dialed into societal warnings.

Our protagonist is a young child named Ralph (Mason McNulty), obsessed with his family’s new camcorder. His father asks to make sure a blank tape has been inserted, but we know Ralph’s recording over his parents’ wedding video. Cut between remembrances of marital bliss are Ralph’s adventures, fake television shows, and voyeuristic trauma. A pre-teen’s expressive escape becomes distorted by his projected emotions, as we watch scripted serials and Ralph’s recordings begin to blur the lines of reality. All from behind the lens of a camera.

Then things *really* get weird. 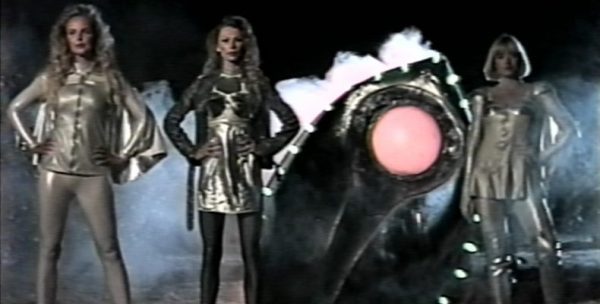 As Robbins threads in Ralph’s artsier nature shots and camera experimenting, we begin to pick up on cues between mother and father. Best friend Josh (Rahm Braslaw) stays rock-solid when Ralph suggests new plans – exploding fireworks to investigating haunted houses – as the duo distracts from what’s zooming into focus. We’re witnessing the dismantling of a relationship from Ralph’s point of view, which becomes a somber undercurrent that warps intentionally juxtaposed comedy segments. “Shows” eventually start taking obscure turns, melding together, as the wedding video wraparound becomes this taunting ghost of happiness past (reminiscent to underseen indie darling Motivational Growth).

Yet, there’s deeper messaging still. Underneath Ralph’s heartache, beyond Joan’s next instructional session (cooking, plumbing, sleeping, you name it), Robbins warns against permanently fixing our eyes onto a camera’s viewer – or, in modern terms, falling victim to the hypnosis of screens. An interview segment describes an oncoming affliction (remember, the film is playing as 1987) called “Tape Narcissism,” which is caused by excessive usage of cameras that “may even be able to fit in our pockets.” I never said VHYes was subtle, and it never has to be. Robbins thematically favors personal memories over filmed home movies, as woven into the impending breakup on-screen.

It’s a tricky tangle of intentions, and while some execute a bit cleaner than others, the son of Tim Robbins and Susan Sarandon (cameo watch) brings a unique voice to his frenzied found footage feature. As “Too Many Cooks” vibes transition into V/H/S horrors then into transfixing out-of-body treatments akin to Red Lobster short “Great Choice,” Robbins somehow retains a sense of humanity. While Tony V bullies Teddy, or Joan paints “moistness” as her cartoon self dunks on Dennis Rodman, or workout show “Blast Off!” ends with violent regurgitation. Chaos consumes, calamity keeps Ralph from embracing his problems, but it’s all unavoidable in the end. Ralph’s journey is complete, somehow, despite the billion subplots created through channel surfing. 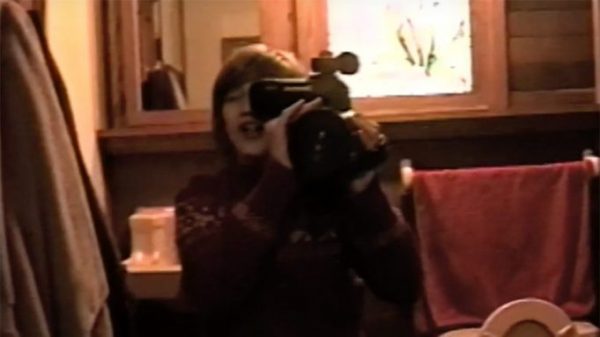 At times, VHYes feels like flipping through a TV Guide written by Mad TV staffers. Other glimpses are that of a sincere look into unexpected change and life’s unsuspecting blows. Further yet, Jack Henry Robbins begs us to throw our phones into a lockbox every so often in hopes we’ll see the beauty of simple moments, unfiltered or touched-up by digital enhancements. VHYes can overwhelm, like a sensory bomb blasting subplot shrapnel every which way. Still, in concept and production, I respect this crazy little slice of personal growth that sticks to its old-school identity without sacrificing meaningful catharsis.