Starz has released the official poster and trailer for the upcoming fifth season of Outlander. Premiering next month, the latest season sees Claire and Jamie Fraser settling in America, but preparing to fight as their family and new home are put at risk. Watch the trailer below… 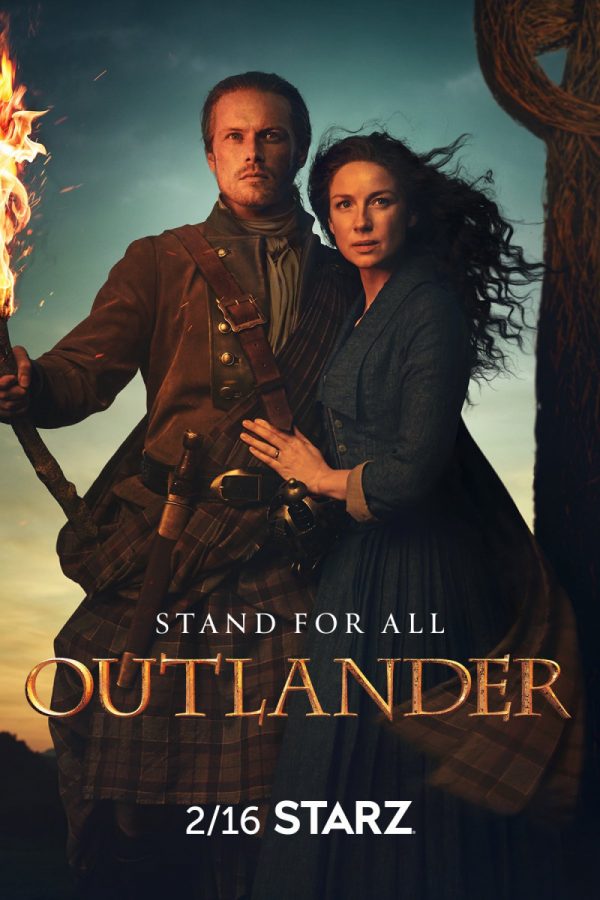 Outlander stars Caitriona Balfe and Sam Heughan as Claire and Jamie Fraser respectively and comes from producers Ronald D. Moore and Maril Davis. The series began when Claire, a doctor in the 1940s, somehow travels back in time to 18th century Scotland and falls in love with rebelling Jacobite Jamie. After several years together, the pair have made it over to America with a family of their own. Also starring in the series is Duncan Lacroix, Maria Doyle Kennedy and David Berry.

The Frasers fight for their family and the home they have forged on Fraser’s Ridge. Jamie must find a way to defend all that he has created in America, and to protect those who look to him for leadership and protection – while hiding his personal relationship with Murtagh Fitzgibbons, the man whom Governor William Tryon has ordered him to hunt down and kill. With her family together at last, Claire Fraser must use her modern medical knowledge and foresight to prevent them from being ripped apart once again. However, while focusing on protecting others, she risks losing sight of what it means to protect herself.

Meanwhile, Brianna Fraser and Roger MacKenzie have been reunited, but the spectre of Stephen Bonnet still haunts them. Roger strives to find his place – as well as Jamie’s respect – in this new and dangerous time. The Frasers must come together, navigating the many perils that they foresee – and those they can’t.

Outlander will premiere on Starz on February 16th, 2020.