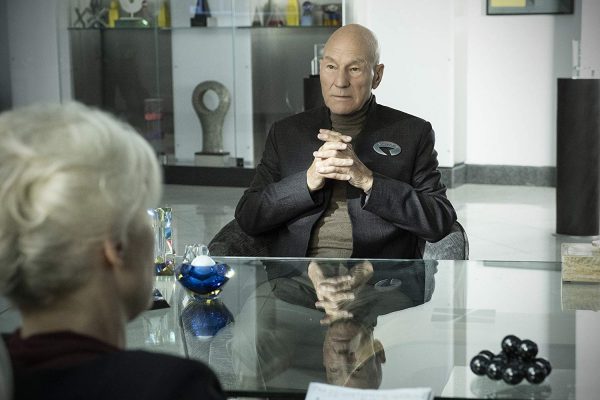 Romulian death squads, Collective dismemberment and outlawed synthetics form the backbone of ‘Maps and Legends’. This is pure story building touching past experience, campfire horror stories and technological fearmongering. At its centre sits Jean-Luc Picard with a ticking time bomb diagnosis which invites distrust, encourages flippancy but garners audience empathy in equal measure. What we have here beyond the bells and whistles is a detective story with double cross potential, all shouldered by a monumental protagonist.

After a concisely scripted opener which focused on establishing plot and purpose our second time round does little pandering to Trekkies. An off world reclamation centre might offer up some of the more graphically haunting images of episode two, but this adds character and context rather than anything reactionary. Picard is by turns bullish, brash and comedic without foregoing any dignity in the process. Scheming in a truly Shakespearean sense is laid out as double agents reveal their true colours, letting word and gesture add nefarious layers to the action. 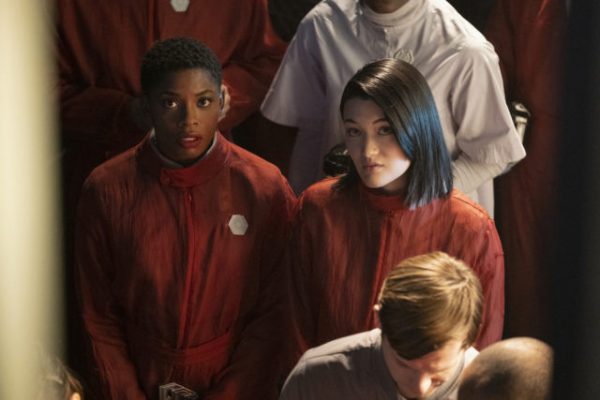 Coming in at forty two minutes this is the epitome of polished storytelling as there is nothing unnecessary on screen. This might be big budget tent pole television but it’s used to convey meaning, create mood and further plot. Picard already feels like classic Next Generation with definitive direction and purpose. Harry Treadaway,who some people might recognise from Mr. Mercedes, gives understated support as Narek, while Isa Briones lends a naturalism to her ever expanding role.

Kirsten Beyer, Michael Chabon and Akiva Goldman all bring their own literary lineage some Star Trek related some not. However what is apparent beyond the back catalogues is how passionate all three must be about this project. Like a perfectly cut diamond great writing seems effortless, screen time flies and audiences are left with an intangible sense of anticipation. After only ninety minutes we find ourselves in the presence of greatness, which raises the question why Patrick Stewart waited so long. 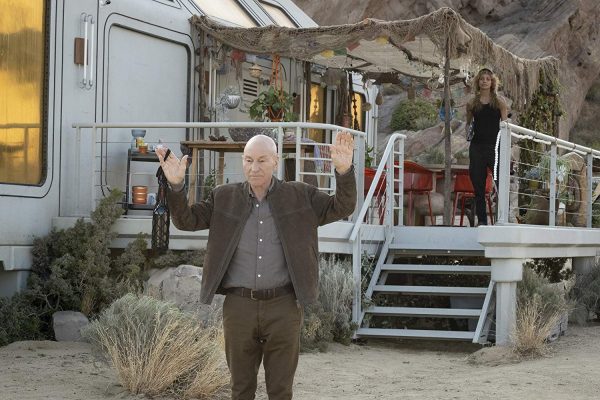 In the absence of other Next Generation cast members it is abundantly clear how easily he carries this show. From opening credits and beyond this seasoned veteran combines humanity, intellect and a commanding screen presence which anchors everything effortlessly.  Battle weary, cloaked in diplomacy but still longing for new discoveries, this is one captain who should cast aside restful obsolescence in favour high adventure as he once did.