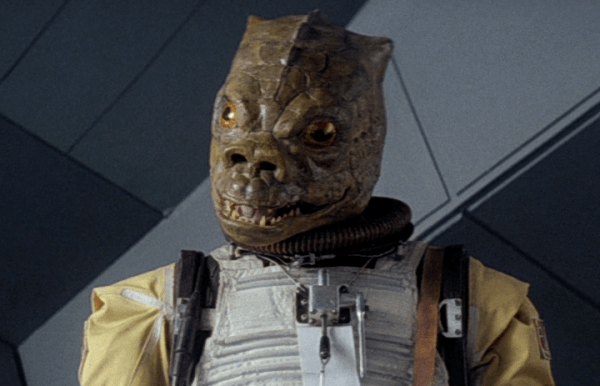 British actor Alan Harris, best known for portraying the bounty hunter Bossk in Star Wars: Episode V – The Empire Strikes Back, has passed away aged 81, his agency has revealed.

“Very sad news has just come in that Alan Harris sadly passed away this morning,” reads the statement. “‘Alan was a true gent and a fan favourite. Alan had battled health issues for a number of years yet still fought through pain to attend shows and meet fans. Alan will be sadly missed by fans around the world.”

In addition to portraying Bossk, Harris performed a number of roles in the Star Wars franchise, appearing in all three instalments of the Original Trilogy (a Rebel guard, Rebel mechanic and Stormtrooper in A New Hope, a Hoth trooper and Stormtrooper in The Empire Strikes Back and a Stormtrooper in Return of the Jedi), as well as doubling for Anthony Daniels as C-3PO and form Terence Stamp as Chancellor Valorum in The Phantom Menace.

During his career, Harris also made appearances in the likes of Space: 1999, Superman: The Movie, The Shining, Flash Gordon, The Living Daylights and Doctor Who.