Actor, comedian, writer and director Terry Jones, a member of the legendary Monty Python comedy group, has passed away at the age of 77, his agent has announced today. 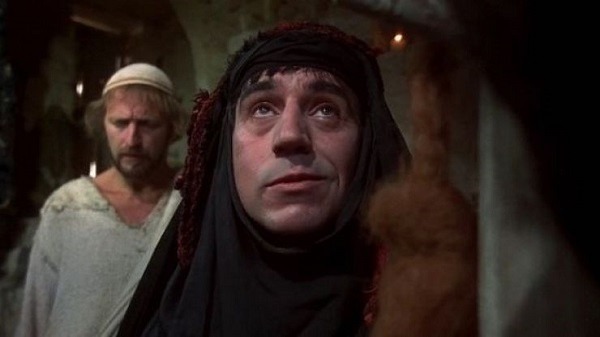 “We are deeply saddened to have to announce the passing of beloved husband and father, Terry Jones,” reads a statement from his family. “Terry passed away on the evening of 21 January 2020 at the age of 77 with his wife Anna Soderstrom by his side after a long, extremely brave but always good humoured battle with a rare form of dementia, FTD.”

“Over the past few days his wife, children, extended family and many close friends have been constantly with Terry as he gently slipped away at his home in North London,” it continues. “We have all lost a kind, funny, warm, creative and truly loving man whose uncompromising individuality, relentless intellect and extraordinary humour has given pleasure to countless millions across six decades. His work with Monty Python, his books, films, television programmes, poems and other work will live on forever, a fitting legacy to a true polymath.”

Born in Wales in 1942, Jones met Michael Palin as a student at Oxford University, and the duo worked together on a number of British comedy shows in the 1960s before forming the iconic Monty Python comedy troupe with Graham Chapman, John Cleese, Terry Gilliam and Eric Idle.

The group produced the surreal sketch show Monty Python’s Flying Circus, which aired for four series on the BBC between 1969 and 1974 before making the jump to the big screen with Monty Python and the Holy Grail, Monty Python’s Life of Brian and Monty Python’s The Meaning of Life, all of which were directed by Jones.

Beyond Monty Python, Jones was a prolific children’s book author and also wrote a number of books on medieval history, as well as presenting documentaries on the subject.