Steveb Spielberg’s 80s anthology series Amazing Stories is being reimagined as part of the original slate of programming on Apple TV+, and thanks to Deadline we’ve got a first look image from the Universal and Amblin Television production; check it out here… The image above is from an episode entitled ‘The Rift’, which stars Kerry Lynn Bishe, Whitney Coleman, Trisha Mashburn, Austin Stowell, Edward Burns and Juliana Canfield. Other talent confirmed to appear in episodes include Dylan O’Brien, Victoria Pedretti, Josh Holloway, Sasha Alexander, and the late Robert Forster in what proved to be his final role before he passed away this past October.

“Amazing Stories is a beloved show that has captured our imaginations, and we couldn’t be more excited to share its next thrilling iteration with a global audience of all ages on Apple TV+,” said Matt Cherniss, head of development for Apple TV+, with Darryl Frank and Justin Falvey, co-presidents of Amblin Television, adding: “We’re honored to bring a new anthology of Amazing Stories to audiences on Apple TV+, which serves as the perfect platform for us to deliver the emotionally engaging, wondrous tales that families can enjoy and experience together.” 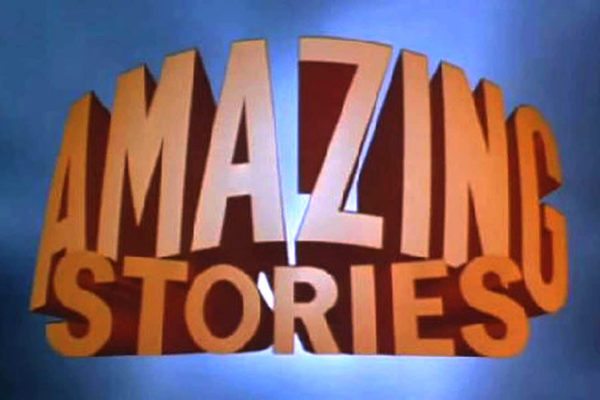