Responding to rumours last year, Marvel Studios chief Kevin Feige confirmed that November’s Eternals is set to introduce an openly gay superhero into the Marvel Cinematic Universe, and now it has been revealed that the character in question is Brian Tyree Henry’s Phastos.

Speaking to NewNowNext, actor Haaz Sleiman (Tom Clancy’s Jack Ryan) revealed that he’s portraying the husband of Henry’s Phastos, and that as well as being the MCU’s first LGBTQ couple, they’ll also be sharing the first gay kiss on-screen:

“I just shot a Marvel film with the first openly gay superhero,” said Sleiman. “I’m married to the gay superhero Phastos, played by Atlanta’s Brian Tyree Henry, and we represent a gay family and have a child.”

Asked whether the two share a kiss, Sleiman responded: “Oh yeah, absolutely, and it’s a beautiful, very moving kiss. Everyone cried on set. For me it’s very important to show how loving and beautiful a queer family can be.”

“Brian Tyree Henry is such a tremendous actor and brought so much beauty into this part, and at one point I saw a child in his eyes, and I think it’s important for the world to be reminded that we in the queer community were all children at one point,” Sleiman continued. “We forget that because we’re always depicted as sexual or rebellious. We forget to connect on the human part.” 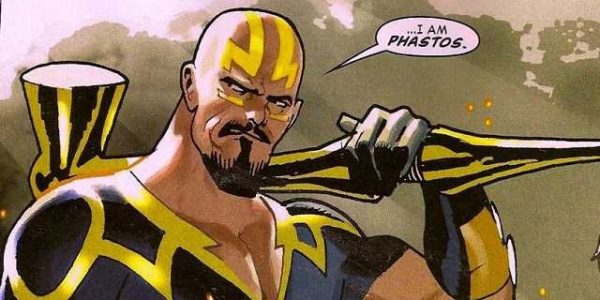