The first trailer for Gareth Evans’ (The Raid) crime drama series Gangs of London has been released, The series stars Joe Cole (Peaky Blinders) and Michelle Fairley (Game of Thrones) as a mob war threatens to rip through the streets of London. The trailer showcases Evans’ signature stylized action as Cole’s Sean Wallace attempts to avenge his late father. Watch the trailer below… 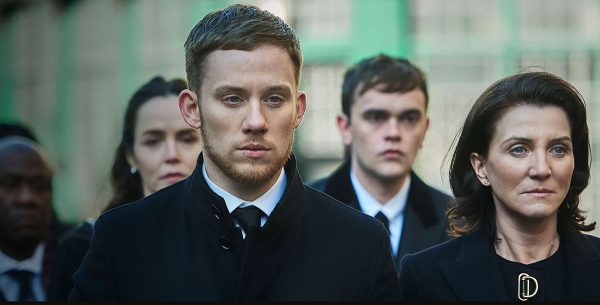 Created by Evans and his regular cinematographer Matt Flannery, Gangs of London “is set in contemporary London as it is being torn apart by power struggles involving several international gangs [and] begins as the head of one criminal gang is assassinated and the power vacuum threatens the fragile peace between the other underworld organizations.”

When the head of a criminal organization, Finn Wallace is assassinated, the sudden power vacuum his death creates threatens the fragile peace between the intricate web of gangs operating on the streets of the city. Now it’s up to the grieving, volatile and impulsive Sean Wallace to restore control and find those responsible for killing his father. Gangs of London is slated to premiere later this year on Sky Atlantic in the UK and Cinemax in the US.