Although he is currently hard at work on The Suicide Squad and Guardians of the Galaxy Vol.3 is still a while away from entering production, this doesn’t stop director James Gunn from answering questions from eager fans who are patiently waiting for the third instalment in the Marvel franchise.

In a recent Instagram Q&A, Gunn teased that “if everything goes to plan it will wrap up the stories I started in Guardians 1” when asked if the third instalment will serve as a wrap-up rather than paving the way for future storylines for Star-Lord and company.

SEE ALSO: James Gunn says The Suicide Squad won’t be in the same vein as Guardians of the Galaxy films 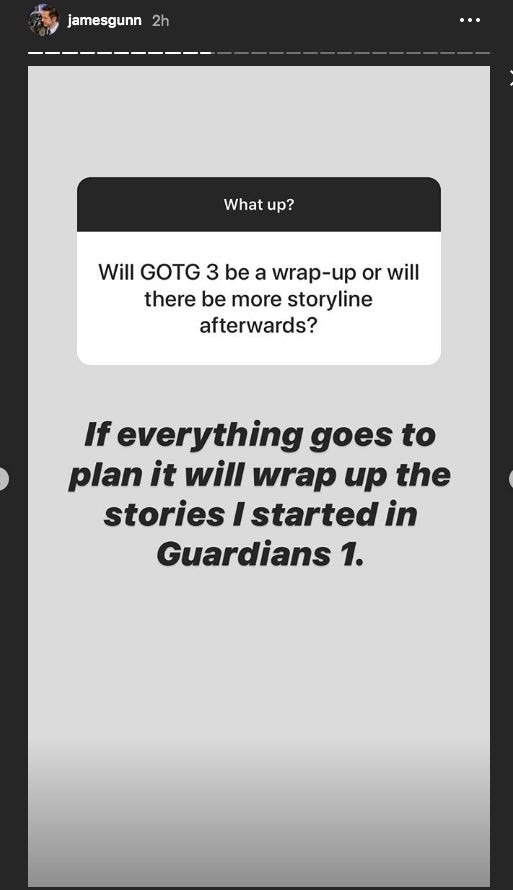 It is going to be a while before we see Gunn’s vision for Guardians of the Galaxy Vol. 3 as he stated just before Christmas that production won’t begin for at least “another year or so.” Gunn also went on to confirm that Avengers: Endgame wouldn’t be affecting his original script for Vol. 3 as he was already aware of the events before he wrote the script for this third film.

Are you looking forward to Guardians of the Galaxy Vol.3? Let us know in the comments below or tweet us @flickeringmyth…