Comic book publisher American Mythology has announced that it is bringing together two of the greatest comedy teams of all time for a head-slapping, eye-poking, bowler hat-wearing, bone-crunching, piano moving escapade in the one-shot comic Laurel & Hardy Meet The Three Stooges. 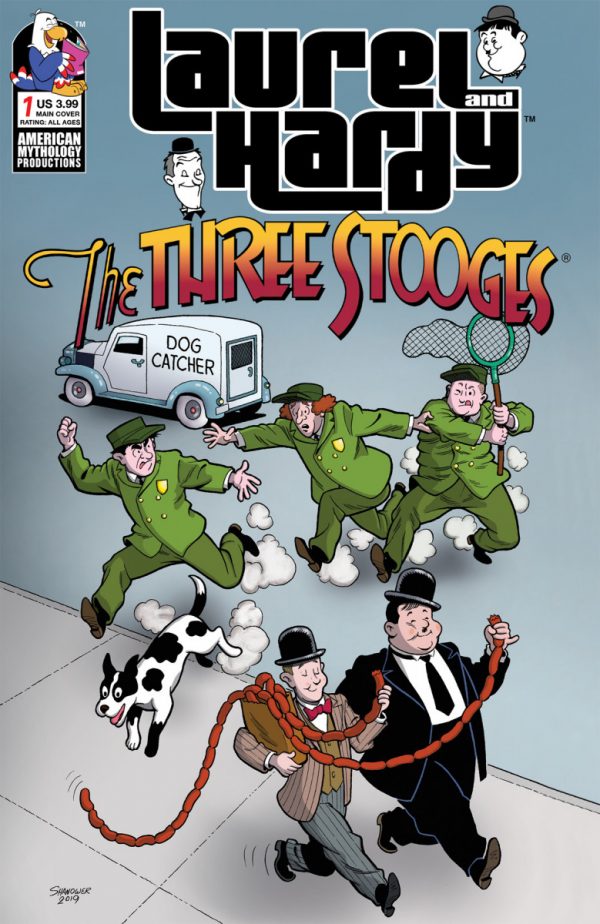 “For a writer, this is like a solar eclipse, Haley’s Comet, and crop circles all rolled into one,” said Check. “An event like this is just as rare of a treat for the writer as it is for the fans to enjoy it when it’s all done. I’ve been writing The Three Stooges comics for American Mythology for several years now. Then I learned we’d also be working with Larry Harmon Pictures to put out new Laurel & Hardy comics, which I was lucky enough to become involved with. One of the first thoughts that crossed my mind when we started the new Laurel & Hardy series was how awesome it would be if we actually made a comic featuring both of these legendary teams. I never thought they’d pull it off, but the stars lined up and gave us one chance to make a bit of history in celebrating everything we love about both groups in one glorious fun-filled romp of a comic. Getting to work with James Kuhoric on this comic was just an added bonus, because we’re both such huge fans of each group. Jim and I have wanted to collaborate on a comic for years, and this was the perfect opportunity. I don’t think fans of either Laurel & Hardy or The Three Stooges will be disappointed.”

“This is the reason we publish comics,” added Barlow Jones, marketing manager for American Mythology. “We get to contribute something special back to the industry we love. For the last four years, American Mythology has been fortunate enough to work with some of the most widely known and loved characters of all time, reaching not only here at home, but with a presence felt all over the world. One of the very first books we published was The Three Stooges in conjunction with C3 Entertainment. We’ve certainly had a lot of fun with The Boys over the years, and in some part, I think our work with them led to our involvement with Larry Harmon Pictures and the release of the new Laurel & Hardy comic series and Laurel & Hardy Follies classic reprints. So, it only seemed natural to try to bring these two icons together inside the pages of American Mythology. We’ve had nothing but support from both C3 and the folks at Larry Harmon Pictures, and we’re hoping we captured a little sliver of the same magic that made both comedy teams so beloved. We just wanted to present yet another fine mess to be enjoyed by knuckleheads and cuckoos alike.” 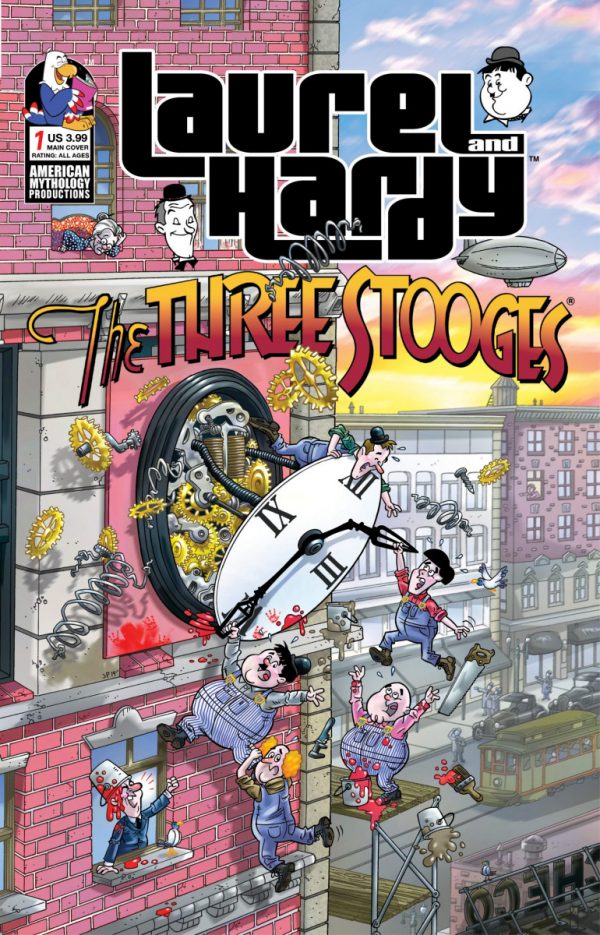 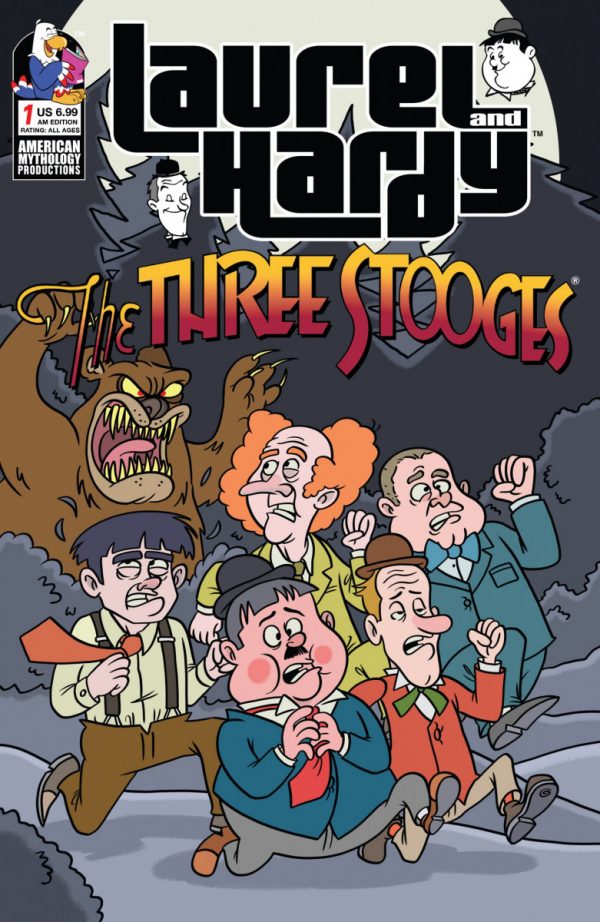 Laurel & Hardy Meet The Three Stooges is set for release on February 26th 2020.