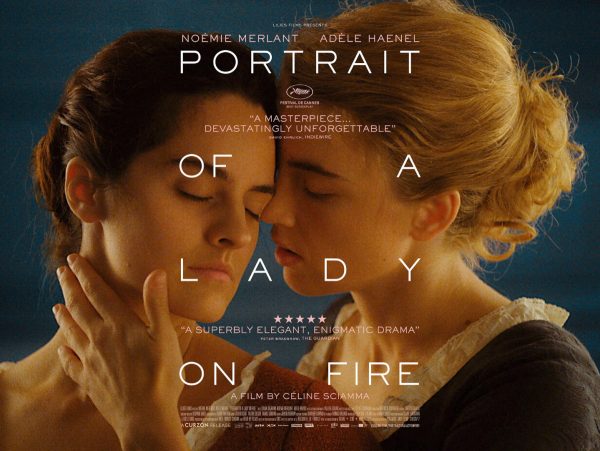 A painter hired to produce a portrait of a wealthy lady before she is married falls in love with her subject. 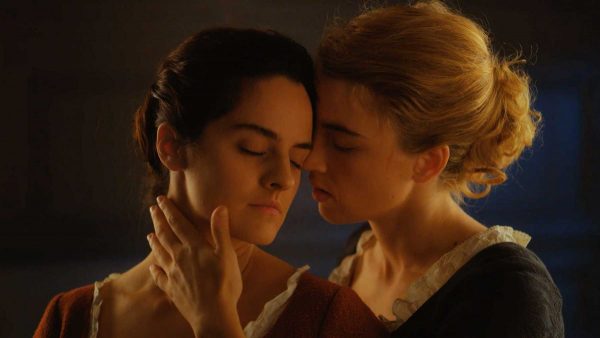 There’s a scene early on in Céline Sciamma’s desperately romantic, sensory lesbian love story Portrait of a Lady on Fire in which lead actor Noémie Merlant sits in front of a crackling fireplace, naked and smoking. It’s possibly the most French image ever committed to celluloid, but also serves as a potent metaphor for the movie to come. This is a story which unfolds almost solely within the confines of one, cavernous home – an isolated crucible of intimacy, in which thoughts, feelings and people are laid bare, both literally and figuratively.

Merlant’s character is a painter, named Marianne, who has made the journey to the secluded French island home of aristocrat Héloïse (Adèle Haenel). She is about to marry a French nobleman and Marianne has been commissioned as the latest in a string of artists to attempt to paint her portrait, in her case by acting as a companion and painting in secret. Over time, though, the pair become closer than their initial arrangement suggested, with the simmering undercurrent of attraction birthing something tender and powerful.

Sciamma’s depiction of forbidden love crackles and dances like the titular flames, as dangerous and unpredictable as it is beautiful and fascinating. Much like the farm buildings that incubate the passion of Francis Lee’s God’s Own Country, the countryside walks and hours of quiet conversation in this movie allow the initial ice between the two women to thaw and then to blossom into a gently simmering affection of the kind that will be familiar to anyone who has ever fallen in love for the first time. When one character asks whether “all lovers feel like they’re inventing something”, it’s a concise evocation of a feeling that is difficult to parse into words. 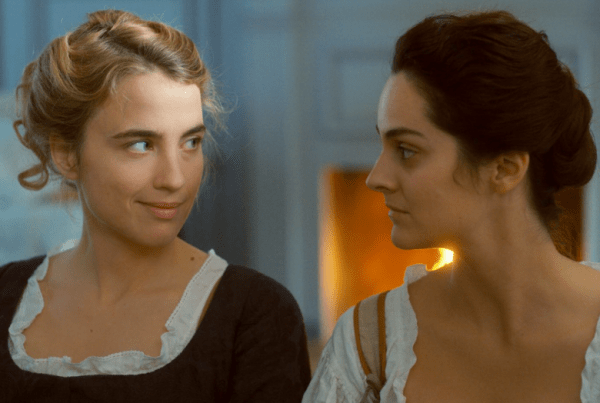 Merlant and Haenel bring very different personalities to the table, ensuring their relationship feels organic but never inevitable. While Merlant’s Marianne is permanently observing, with eyes darting backwards and forwards as if balancing nerves with intrigue, Haenel makes Héloïse more accustomed to stillness, with big eyes that are quietly suspicious and patient. Both performances bristle with unspoken emotion, and Sciamma knows when to pare everything else back in order to let their breathing tell the story.

In both its quietest and loudest moments, Portrait of a Lady on Fire is a ferociously sensory experience, lodging itself within your chest and taking deep root there. Sciamma finds the same potency and power in a small detail within a portrait as she does in a quasi-spiritual scene of unusual choral singing at a fireside that almost veers into folk horror. The heart of the material beats through the subtlety and the bombast equally, culminating in a musically-infused final scene that wields a cacophonous power comparable to the bravura finale of Damien Chazelle’s masterful Whiplash.

This is filmmaking that expertly straddles the line between the macro and the micro, conveying a hurt and a longing that only an emotion as all-consuming as love can create. Scenes in which Merlant and Haenel quietly discuss their regrets over wasted time are achingly real, but Sciamma is unafraid of dealing in more out-there elements, such as Marianne’s frequent visions of an ethereal Héloïse in a wedding dress. Portrait of a Lady on Fire expertly merges the ordinary and the offbeat to produce a unicorn of an artefact which feels as unique as it does slick and classical. 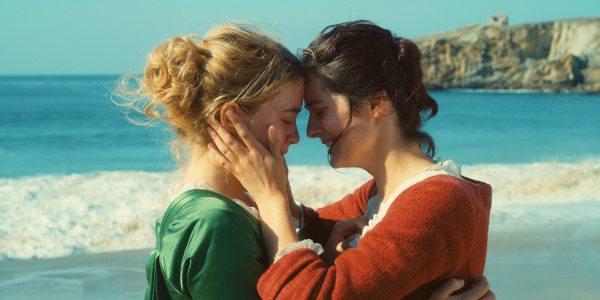