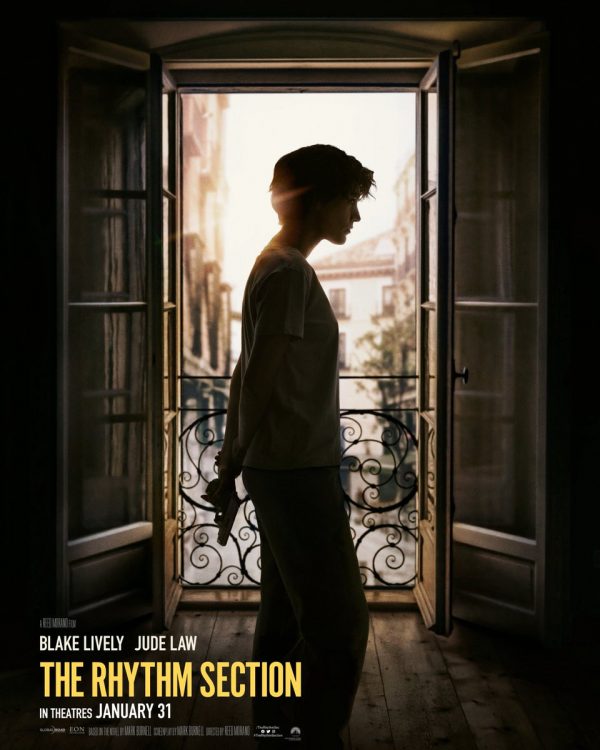 A woman seeks revenge against those who orchestrated a plane crash that killed her family.

We’re in the dump months of the year for new movie releases – discounting 2019 awards season stragglers, of course – and next up on the chopping block is a mid-budget Blake Lively-starring thriller that wrapped principal photography over 18 months ago, languished on a studio shelf for a sweet while and has now been dropped in cinemas with a mostly invisible marketing presence.

Despite talented director Reed Morano’s (A Handmaid’s Tale, Meadlowland) involvement suggesting an unconventional spin on the well-worn spy thriller, The Rhythm Section – adapted from Mark Burnell’s 2011 novel, by Burnell himself – will likely lullaby audiences to sleep with its infuriatingly generic script.

Stephanie Patrick (Lively) is a British woman struggling to cope with the deaths of her immediate family in a plane crash three years prior, but when she comes to learn that their deaths were no accident, she’s energised to act, seeking revenge for the conspiracy her family was unknowingly caught up in.

If that logline didn’t clue you in, there’s absolutely nothing here you haven’t seen before; the tortured victim who becomes victimiser and jet-sets across the world pursuing a mystery, ahead of a painfully predictable Big Bad reveal. Almost immediately, The Rhythm Section enthusiastically bogs itself down in cliches both over-familiar and boring. Some peppy dialogue could’ve probably papered over things, but Morano and co. were clearly satisfied with personality-devoid chit-chat and tedious breadcrumb-following nonsense. 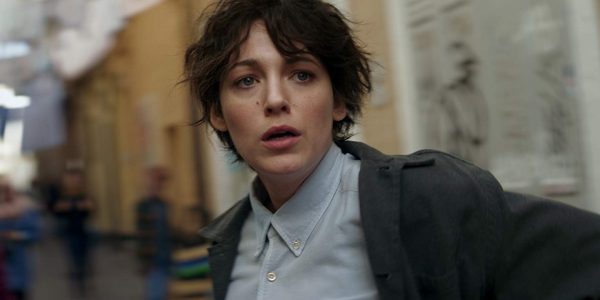 It isn’t until the end of act one that viewer attention is likely to perk up with the introduction of Jude Law’s stern mentor character Iain Boyd. Though Law and Lively make for an interesting pairing – resulting in a memorable one-take kitchen fight – Law’s contributions to the film are ultimately quite minimal.

His introductory scene, shot with the actor’s face off-camera for several minutes, almost seems to suggest that a stand-in was hired to play the part on location and he simply ADR’d his lines at a more convenient location in order to save the production money. I could certainly be wrong about that, but nothing about the way the scene was shot feels organic or necessitated by story or characters.

In a fashion that’s far too speedy to be convincing, Stephanie is given a roughshod Assassin 101 crash course and sent out into the field to do work, with the film’s remainder largely consisting of her trotting around the globe, getting in scrapes and being pinballed between a bevy of quality character actors, such as Sterling K. Brown – probably the best thing in this – Max Casella and Richard Brake, the latter adding another amusing weirdo portrait to his stacked cachet.

Lively acquits herself well, and deserves credit for clearly doing the physical homework while also trying her hardest to bring a compelling quality out of the dusty script. But few actors could sufficiently elevate this threadbare tosh, and even its fist-pumping girl power moments come off corny and out of place in a thriller that aspires to be a gritty, Bourne Identity-styled slice of breathlessly kinetic espionage fare. 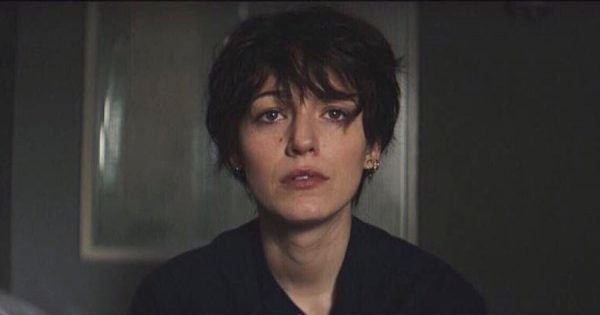 There’s nothing particularly interesting or creative about the way the story or character beats unfold, yet this might’ve passed for a suitably watchable piece of mediocre cinema were it not for the wading-through-Marmite pacing and irritatingly discordant editing choices.

Morano’s direction does have a few standout moments, such as the aforementioned kitchen fight and a competently executed single-take car chase, but as made clear by Steve Mazzaro’s over-urgent, portentous musical score, it’s a film forever trying to make itself seem more exciting than it actually is. Mazzaro’s third-act chase theme feels like a thinly-veiled riff on Hans Zimmer’s “Mombasa” from Inception, yet without a compelling visual pairing, it plays as comically over-egged. That’s not to forget some rather iffy pop music choices, namely a closing Nirvana cover that’s sure to activate cringe reflexes wherever the film is screened.

Except few are even likely to set eyes on this until it becomes a hungover streaming prospect in a few months, which is probably the perfect way to soak it in. There’s nothing to blame the actors for here, and Morano similarly doesn’t do a dreadful job with what she has, but the script is so prone to snoozy formula – especially troubling given that the author himself adapted it – that it’s tough to fully respect even the solid work on offer.

Lively’s commitment to the part isn’t ever in question, yet The Rhythm Section largely smacks of a mediocre Homeland two-parter that tripped and fell into cinemas.