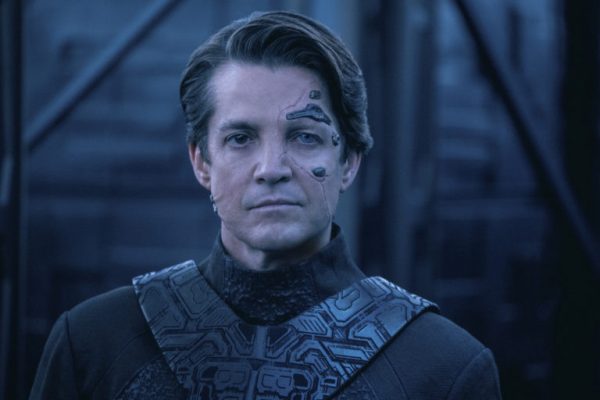 Beyond being a grammatical black mark The End of the Beginning signals an advance into uncharted waters for Picard, as flashbacks bleed into a narrative gaining momentum. Botched assassinations, intimate interrogations and emotional blackmail all lend episode three a sense of urgency. Choices are being limited, options narrowed and strategic advantages exploited as Picard provides emotional meat to chew on. Tangible regret, heartfelt loss and potential reconciliation are all here offering context and relevance through a single relationship.

Picard might seem like a boys’ own adventure lead by an octogenarian but beneath the hood this classic car has much more on offer. Jean-Luc might be pivotal but what has become apparent after only three episodes is that every character has their part to play. From discombobulated synthetics expert through to rogue space pilot and beyond, this story might be fantastical but its foundations are grounded by family values. For Jean-Luc the role of captain also encompasses that of absentee patriarch for those he counsels and commands. 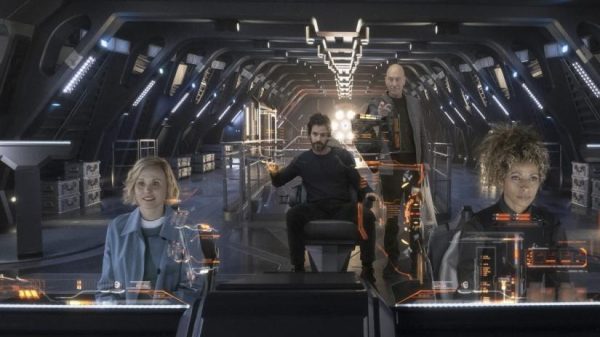 During the numerous underhanded exploits he exudes stability, extols virtue yet exhibits moments of hardnosed masculinity when needed. That ability to command, cajole and persuade people into action is a characteristic that Duff and Chabon bring through without being heavy handed. It is the ease with which Stewart effortlessly connects with others in this show that gives it a heartbeat. After an hour and a half of screen time in their company we are off and running into the far reaches of space with established characters, potential threats and an audience in full attendance. Mythical elements have been given credence, Star Trek fan bases appeased and credentials certified for a new generation.

Multiple MacGuffins offer up intriguing avenues to explore each burdened with glorious purpose and the possibilities only Picard can offer. Romulian dissimilation, Collective deactivation and the existence of a truly human synthetic are all up for grabs. Given weight through subtle performances, solid commitment and decades of Star Trek folklore. Villainy is humanised, intentions opaque and heroes subjective which is refreshingly honest from an established franchise.  Picard may be an old dog with new tricks but nonetheless remains a show with infinite potential for those willing to engage.