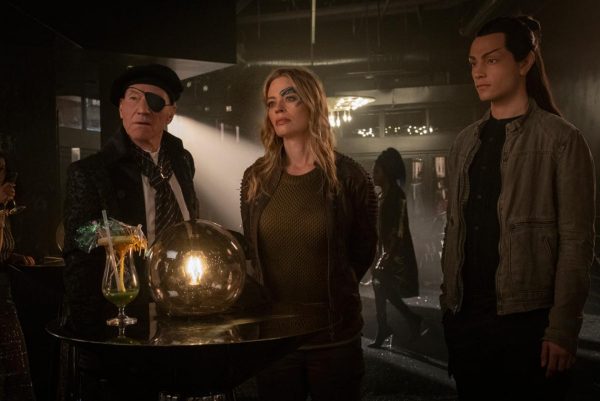 Someone is in a vendetta kind of mood this week as revenge comes out cold with extra artillery. After the powder puff filler of episode four this Amazon original shows some teeth, delivers on drama and throws out a left field curveball guaranteed to wake audiences up. Off world shenanigans continue with added undercover apparel while bartering in human body parts joins the agenda.

A reunion between Jean Luc and Seven of Nine was never going to be plain sailing but ‘Stardust City Rag’ throws in some added spice. Having Jeri Ryan on board injects just the right amount of adrenaline into a series which had lent too heavily on nostalgia of late. Seven of Nine carries the scars of Borg interference, brings audience expectation but also something fresh to that holographic study. Ulterior motives, convenient allegiances and a casual trust with Jean Luc keeps things off kilter throughout without offering answers. 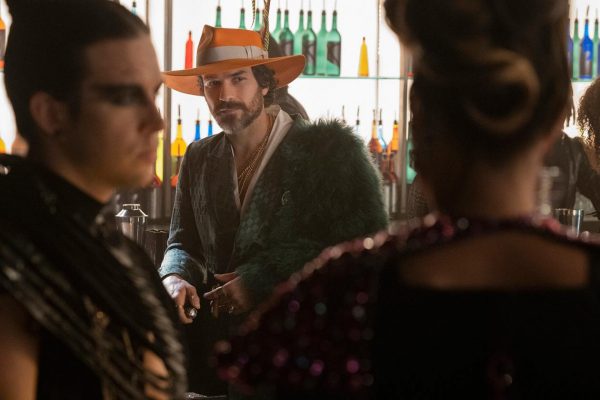 As they beam down into Blade Runner territory there is a playfulness and agility which adds hyperrealism. This is subterfuge overlaid with comic edges which soon morphs into something far darker. Much of what makes this episode work rests with Jeri Ryan and Santiago Cabrera as Chris Rios. Flamboyantly alpha male in confrontational situations Rios is scouting party, first through the door and room reader extraordinaire. While Ryan holds the room even with a hood over her head. Elsewhere Stewart is more comic relief and sage adviser than man of action. His bonded companion makes less of an impact but rather plays naïve and inquiring, as oppose to headstrong and impetuous.

However ‘Stardust City Rag’ is most effective at upsetting the applecart, throwing in some conflicted emotions and planting seeds of doubt. This maybe an episode of reunions, reconciliations and potential redemption, but it also offers up an unexpected edginess. Darker undertones, grittier moments and a dig into the aftermath of personal choices definitely play a part. Story, plot and structure might be the bible we follow but embracing tangents, seeking out segues and dallying with deviations are necessary. A lesson which screen scribe Kirsten Berger has obviously taken to heart on this occasion.